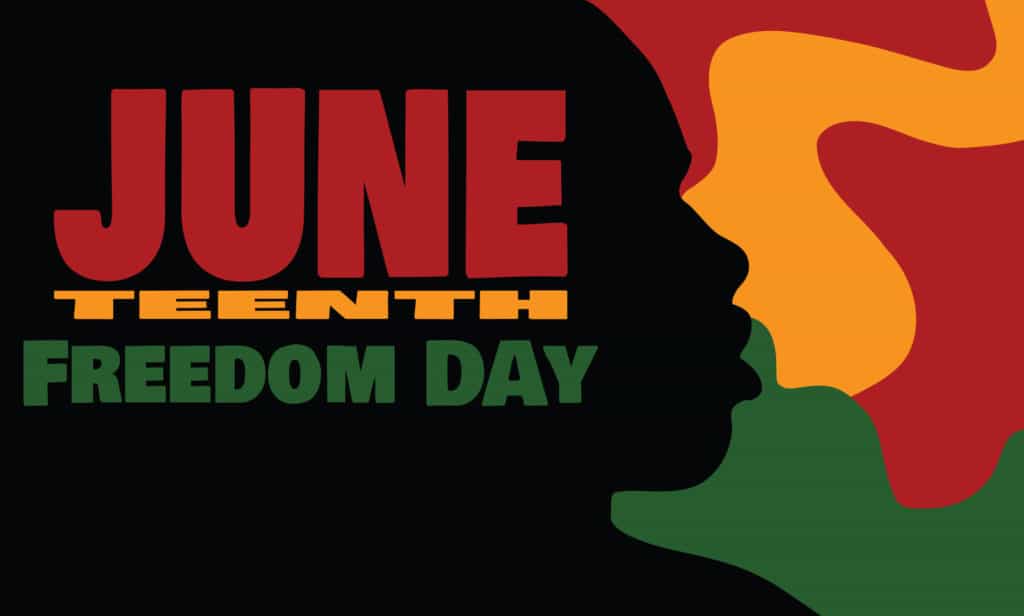 Cannabis and the Juneteenth Holiday

Social justice in cannabis and the Juneteenth holiday go hand-in-hand. In the 20th century, cannabis prohibition has negatively affected people of color including black people who continue to make up a disproportionate amount of the cannabis arrests. Since it is more important than ever to fight for what is right, we're covering the history of the Juneteenth holiday, its importance, and what you can do to help advance social justice.

Every year on June 19th, Americans across the country celebrate the last day of slavery in the United States by coming together and celebrating the Black community. Slavery in America was abolished in 1862 but many slave owners in Confederate states continued to own slaves until the military was strong enough to enforce the executive decree.

It wasn't until June 19th, 1965 when Union troops finally arrived in Galveston Bay, Texas (the last state to free its slaves) to announce the war was over and the more than 250,000 enslaved black people were free.

Over the years, almost every state declared June 19th a state holiday, and only a few marked it as a paid holiday. In April 2021, Hawaii became the second-to-last state to make Juneteenth a state holiday, leaving only South Dakota as the lone holdout. However, in June 2021, the US Senate unanimously passed a bill to make June 19th a national holiday and is expected to pass the House and gain presidential approval.

Today, Juneteenth marks a special day to celebrate the independence and freedom of all Americans. However, not everyone is aware of or celebrates the holiday. Juneteenth has been celebrated for over 150 years, but after the murder of George Floyd in May 2020, the holiday has been rightfully put at the forefront.

How Juneteenth Is Celebrated

A year after Union troops announced the freedom of enslaved Black people, the first Juneteenth celebration took place. Ever since, many Americans celebrate Juneteenth through a range of festivities including barbecue, fireworks, music, and imbibing in red drinks like wine, which symbolize the bloodshed of enslaved Black people throughout our history and their resilience.

In addition, some Americans support black-owned businesses, learn and share the history of the holiday, or take the day off for a moment of reflection. Above all, celebrating as a community is the true hallmark of the holiday.

The Fight for Social and Racial Justice

While Juneteenth marks a special day to celebrate how far we've come, there is still more work to be done, Juneteenth may celebrate the last day of slavery, but black Americans continue to suffer disproportionately by the unforgiving arm of the law. In particular, the country's War on Drugs has created lasting damage in Black communities and for people of color.

Starting in the 1930s, anti-marijuana laws were enacted and spread racial hostility against people of color. Anti-cannabis sentiment was largely fueled by racism and fear, which led to the Controlled Substances Act of 1970. The act gave rise to the devastating War on Drugs that has kept minorities, especially black men, in the crosshairs of the law with deadly results.

To make matters worse, diversity within the cannabis industry is lacking. According to a 2017 Marijuana Business Daily survey, 81% of marijuana business owners and founders are white. Only 19% of respondents identified themselves as racial minorities:

How to Support Social Equity on Juneteenth and Beyond

Learning more about the holiday and spreading the word can help fasttrack racial, criminal, and social justice reform, but it is still not enough. In order to make significant and  tangible change, everyone can take part in celebrating and supporting Black independence and communities through the following ways.

We are doomed to repeat history, if we do not learn from it. Juneteenth can be a reminder to continue with your lifelong education about racism in America (and the world) and social justice efforts that are paving the way for equity. Books, films, tv shows, podcasts. There are many ways you can find history about the Black struggle and learn what you can do about it.

One of the most effective ways to make a difference in the lives of Black communities is to join a local or national organization that works to create lasting social justice reform. While it can seem hard to solve the country’s problems, starting in your own community is a much more manageable and realistic goal. Even simply signing a petition can help spread support for social justice.