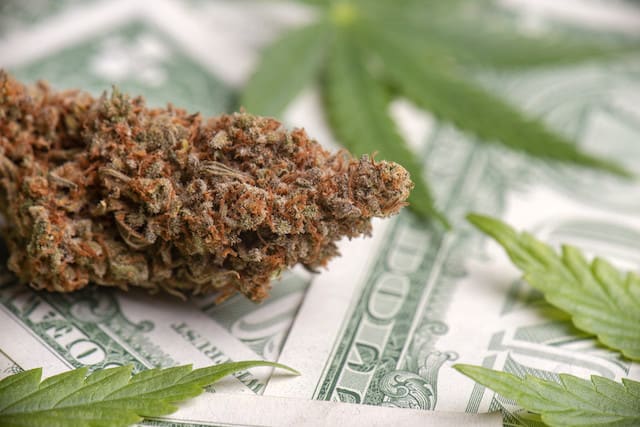 If you're ready to join a growing list of cannabis investors, here are the top cannabis stocks for February 2021. Now that Democrats have complete control over the House, Senate, and the Oval Office, cannabis reform is closer to becoming a reality. In addition, more states are expected to legalize cannabis this year. New cannabis markets will help established companies flourish and gain a wider share of the market. Here are the top pot stocks you should be watching.

Cresco Labs, a major multi-state operator (MSO), is set to become a force to be reckoned with in 2021. While the cannabis industry is relatively new, Cresco has already positioned itself in a number of developing markets.

All in all, its operations stretch to 9 states including the world's largest market, California, and its home state of Illinois, which is considered one of the fastest-growing adult-use markets. In addition, Cresco recently acquired Bluma Wellness, helping it claim its stake in Florida's burgeoning medical cannabis market.

Canadian processing powerhouse Valens is expected to reap huge profits in 2021. While its stock price may not signal considerable growth, 2021 may see the company in a better position to dominate the processing game. Regulatory obstacles in Canada have prevented Valens from fully reaping the rewards of its high-priced extracts.

Recently, the company sold off its premium extract assets for cheap to make a profit. In addition, the company is focusing on its white-label manufacturing. Valens can strike multi-year deals with companies hoping to capitalize on the growing derivatives market in Canada.

Columbia Care is another leading MSO with huge promise. The company started off focusing on its medical cannabis shops and manufacturing facilities. However, as states continued to legalize adult-use cannabis, it's found itself in a great position pivoting to the adult-use market.

Columbia Care now has pot shops and processing facilities in 18 states. In particular, its adult-use prospects lie in California, New Jersey, Colorado, and Arizona. In Colorado, the company acquired The Green Solution, a major integrated cannabis company. Needless to say, Columbia Care’s focus on the medical market has paid off.

KushCo Holdings, a leading provider of ancillary products and services for cannabis businesses had a devastating 2020. From a material shortage in China to stay-at-home orders that limited indoor dispensary shopping, KushCo was dealt a huge blow to its packaging and vaporizing segment.

In order to salvage its profits, it ceased its hemp trading operations to focus on serving the MSO power players. In fact, it managed to sign on one of the largest MSO’s in the country in a long-term contract.

Curaleaf Holdings has been at the top of our stock radar for months now. As a top MSO and cannabis producer, Curaleaf has cemented its status as a top player in the industry. Curaleaf has opened nearly 100 retail locations across the country.

On January 29th, 2021, the company opened its first shop in the Pennsylvania market, one of the most promising in the country. In addition, it's set to open 9 shops in 2021. Most interestingly, Curaleaf has started selling to adult-use customers through 8 dispensaries in Arizona.

As one of the largest hydroponics suppliers in the country, GrowGeneration Corp is in a sweet position. Its 40 retail and distribution centers make it a go-to supplier for both large MSO’s and small home growers. Specifically, GrowGeneration has increased its revenue by 140% from the year prior.

By 2022, the company expects to have 55 garden centers active during the year. As cannabis companies take a hit, ancillary companies like GrowGeneration can meet the demands of a range of consumers, not just in the cannabis industry.

GW Pharmaceuticals, a cannabis biotech company focused on developing cannabinoid-based medicines, has proven itself in how to formulate a winning cannabinoid medicine, namely Epidiolex. As its main source of revenue, Epidiolex is an approved drug meant to treat rare forms of childhood epilepsy.

In 2020, the drug also won FDA approvals for a new condition and for a wider age range of patients. Phase 3 of their multiple sclerosis spasticity trials on Nabiximols and a clinical study for spinal cord injury spasticity are well on their way to completion. GW Pharmaceuticals isn't your typical pot stock. It's better.

Organigram Holdings may be one of the most undervalued pot stocks on the market. When most Canadian producers were focused on setting up new cultivation facilities and acquiring new assets, OrganiGram Holdings kept its cool. It focused on a single cultivation site in Moncton, New Brunswick.

Keeping a tight operation helped it manage its supply chain and generally become nimble enough to adapt to customer demand. In Moncton, its three-tiered growing system takes full advantage of the square footage. Its investments in automation have also helped it process cannabis for derivative products, which have a higher margin than dried flower.