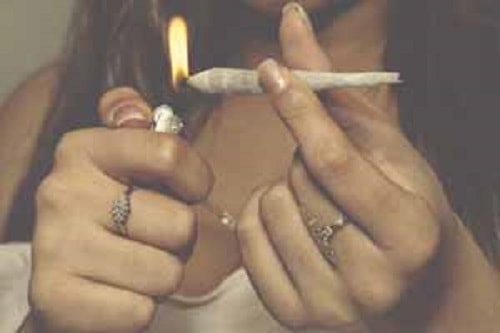 Physical Exercise and the Cannabis Effect

You may not know that when you are working out, the cannabis effect contributes in a positive manner to your exercise routine. Marijuana has a lot of power and punch in alleviating stress and pain. However, cannabis effect also applies to people who want to improve their focus, agility and increase their metabolism. Let’s take a look at some of these facts for pot smokers that still want to see results when they workout. Many athletes are frequent weed smokers and perform well, despite the claim that marijuana effects can make you feel listless and low keyed. But, that is not true. Do not believe this!

It might sound like crap to some, but when Michael Phelps, the well-known Olympic swimmer was caught smoking reefer, he was ostracized. Many people could not believe that someone who smoked weed could perform so amazingly. Look how many Olympic medals he won! So do not believe the cliché that weed is bad for you, whether you are an athlete or just someone who exercises regularly. Yes Michael Phelps did get in trouble for smoking marijuana, but it may have given him the stamina he needed to win so many gold medals. If he is able to smoke weed and perform so well, it is safe to say that normal physical exercise and weed smoking could help you to achieve maximum results too.

So, go ahead and introduce marijuana into your workout routine for that cannabis effect, but also for the best outcome. If you are still not convinced, let us look at several reasons why your workout could be improved with smoking weed. What does weed do? It increases your metabolism. As your metabolism speeds up, it creates a fat burning furnace in your body, making you lose weight over time. What causes your metabolism to increase? The cannabidiol and THC in the marijuana is what helps to raise your metabolism, speed up your fat loss and also lower cholesterol. Make sure that you smoke the weed prior to your workout to get the best cannabis effect. It is no wonder that most weed smokers are not fat, but thinner than the average person.

According to the American Journal of Medicine, it was found after a research study that the fasting insulin levels of weed smokers is sixteen percent higher than people who do not smoke marijuana. The study also showed that cannabis user’s level of insulin resistance is seventeen percent lower. And their waist circumference is substantially smaller than their non-smoking peers. The control of insulin levels is the key to loss of weight and increased energy during exercise. Marijuana is excellent for insulin levels and that means that cannabis is good for the body overall.

In addition, cannabis effect is attributed to the reduction of anxiety and it gets your body revved up for your workout. Even if it sounds strange, marijuana helps to pump you up, getting you ready for your workout. After you smoke weed, you will feel a sense of heightened energy, so much so that you will storm to the gym. All of us have cannabinoid receptors in our brain. When the THC connects with the receptors, there is a cannabis effect that helps to reduce anxiety. So, weed does not necessarily make you want to be complacent and sink into the coach. It will motivate you to go to the gym for a workout. In other words, it helps getting you ready for your workout routine.