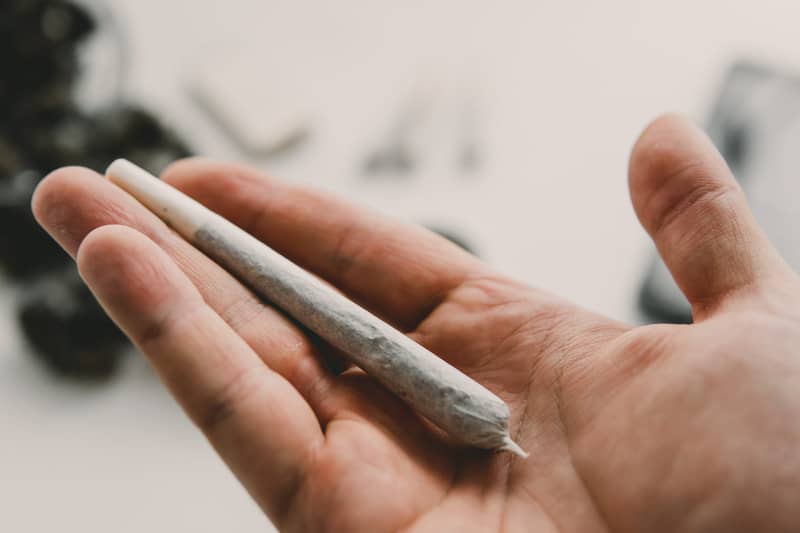 The fight to normalize cannabis use got a victory in the sports world after the UFC removes marijuana from Anti-doping rules on January 14, 2021. The United States Anti-Doping Agency (USADA) announced changes to its anti-doping policy, including a reversal of its ban on cannabis use for athletes.

From here on out, testing positive for THC metabolites “will no longer be considered a violation”  of the mixed martial arts promotion company. The ruling takes effect retroactively on January 1, 2021. However, there is an exception for instances where the player uses the drug for performance-enhancing purposes.

Before the big announcement, the USADA had phytocannabinoids, cannabinoids derived from the cannabis plant, including non-intoxicating CBD, listed on the UFC Prohibited List of substances.

Now, the USADA has removed phytocannabinoids from its list. Many of these compounds, including THC and CBD, are commonly used by UFC athletes to relieve pain, sleep issues, and depression. At the moment, research does not indicate that these cannabinoids improve athletic performance or pose a health risk to athletes.

When speaking to ESPN, UFC Senior Vice-President of Athlete Health and Performance Jeff Novitzky said that now the USADA has a high burden of proof to enforce cannabis sanctions. It would have to be an obvious instance of impairment where a fighter has bloodshot eyes, coordination problems, and marijuana smell, which has never occurred, according to Novitzky.

If this did occur, the UFC would not immediately suspend a fighter. Instead, they would be directed to a substance treatment program.

While the USADA will loosen its stance on positive marijuana urine tests, most athletic commissions that oversee UFC fights will still enforce these outdated cannabis regulations.

The Nevada State Athletic Commission (NSAC) has suspended and fined athletes and overturned wins due to positive marijuana tests. In July 2021, however, the commission lifted its ban on marijuana use, except if a fighter shows up impaired on fight night. For six months, the commission will continue to test for cannabis for their study into head trauma.

The California State Athletic Commission (CSAC) changed their anti-doping policy to a $100 fine for a positive THC test.

Sports leagues around the country continue to ease their restrictions on cannabinoid use. The world is learning that urine tests that detect THC metabolites are not accurate indicators of current impairment.

If you consume cannabis, the THC gets metabolized, stored in fatty tissues in the body, and slowly released over time. Heavy and regular users can have THC metabolites linger in their body up to a month after their last use.

Jeff Novitzky stated that the THC urine test is “not an ideal marker in athletes to indicate in-competition impairment.” Just because athletes tested positive on fight night does not mean that they consumed cannabis that day.

Novitzky continues, “the bottom line is that in regard to marijuana, we care about what an athlete consumed the day of a fight, not days or weeks before a fight, which has often been the case in our historic positive THC cases.”

What This Means for the UFC

The change in drug testing signals a progressive stance from the USADA and UFC. It is especially beneficial for athletes who commonly use cannabis as replacements for opioids and depressants, which can cause severe side effects, dependence, and addiction.

With cannabis prohibition enforced, UFC fighters would stop their use of cannabis weeks before a fight to avoid any sanctions or suspensions. As a result, they would turn to harder substances to ease the pain. These prescription drugs could affect their performance and health.

Even before the ruling took effect, cannabinoids were a major part of UFC culture. Many fighters have CBD sponsorships or have launched CBD startups. Now, cannabis use will be embraced among fighters to offset the physical and mental toll of the competitions.

How the Times Have Changed

The UFC, and other major sports leagues, have punished many athletes over the years for their use of cannabis. One of the most well-known instances of enforcement of anti-doping policies in the UFC happened in 2015 when Anderson Silva and Nick Diaz tested positive for drugs at UFC 183.

Silva tested positive for anabolic steroids and was suspended for one year. Diaz tested positive for cannabis and got a five-year ban and a $165,000 fine by the Nevada Commission. This was Diaz’s third cannabis-related offense. A multi-year suspension is basically a lifetime ban for older fighters.

Stay Up to Date with the Latest Cannabis Industry Developments

As of late, professional sports leagues have eased their restrictions on marijuana consumption. We can expect a gradual shift toward cannabis acceptance as states continue to legalize cannabis use. Stay up-to-date with the latest changes in the sports world by following Cannabis Training University’ marijuana industry blog.