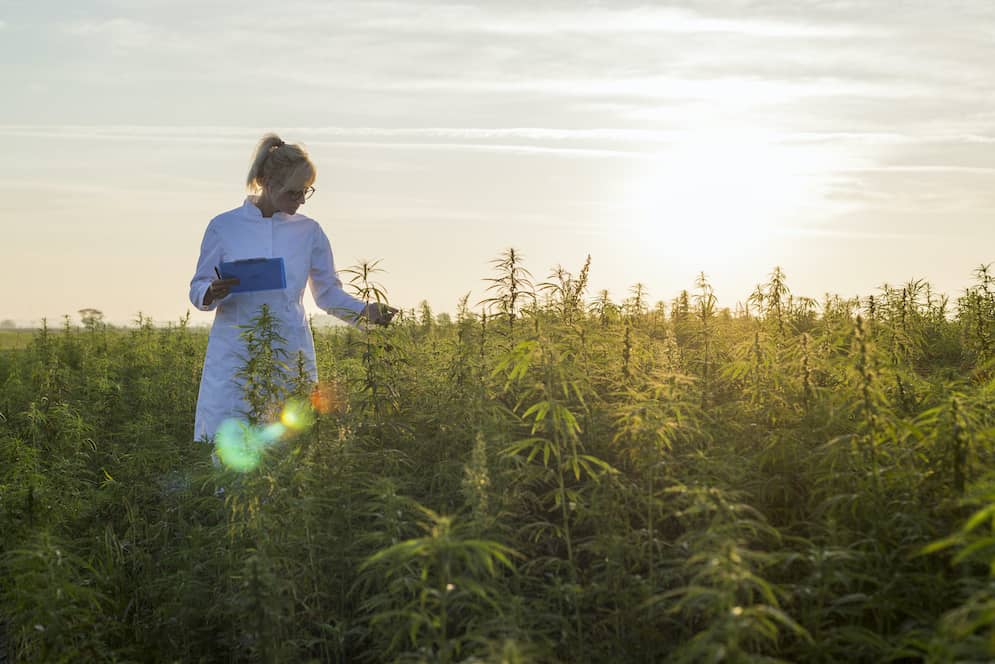 Ten-to-one, we all know what the word marijuana means. However, there seems to be some confusion surrounding its close cousin, hemp, and how the two are different.

In our guide on hemp vs marijuana, we aim to shed light on the differences and similarities between the two.

The guide to hemp vs marijuana must commence with an investigation into the differences in uses of hemp and marijuana, respectively.

Because of the dissimilar levels of THC present in hemp and marijuana, respectively, each variety of Cannabis sativa is used for different purposes. Below, we review the historical, cultural, medicinal, and recreational uses of marijuana – specifically;

Ancient Greeks used cannabis for a range of medicinal uses, from wounds to nosebleeds. And, in China, the term for anesthesia directly translates to cannabis intoxication. The reason for this is that Chinese surgeons in the first century actually used cannabis infusions to relax patients before operations.

Believe it or not, some of our ancestors used cannabis just for personal enjoyment. Ancient texts from India reveals its recreational use, and even Napoleon Bonaparte’s French Army got in on the fun when they invaded Egypt in 1798.

Ancient Egyptians were no stranger to cannabis and often used it during religious ceremonies. Moreover, Taoists used cannabis plants as incense to create what they called ‘hallucinogenic smoke’.

The known benefits of hemp aren’t exactly new to us, as human beings have been experimenting with this wonderful plant for millennia. It’s even recorded that the oldest known textile artifact is a piece of hemp fabric dated 8,000 BC!

Marijuana is used for the psychotropic and medicinal bud it produces. On the other hand, hemp is cultivated for its edibles seeds, leaves and fiber. Below is a summary of these uses and purposes.

Hemp is used to create hemp that able to be recycled many more times than tree-based paper, and requires much fewer toxic chemicals.

Hemp can be used to produce a high-quality fiberboard that is both stronger and lighter than regular wood. Replacing timber with hemp fiberboard further reduces the need to deplete our precious forests.

Hemp can also be used to produce sturdy, hard-wearing and environmentally-friendly plastic alternatives. Products made from petroleum-based plastics can be produced from hemp-based compounds instead to help save the planet.

Hemp seeds contain a protein that is more nutritious and more economical than soybean. Hemp seed protein can be used to produce a variety of dietary additions such as tofu, butter, cheese, salad oils, ice cream and milk. Hemp seed can also be ground into nutritious flour to bake an array of goodies.

Hemp seed oil can be used to produce non-toxic diesel fuel, paint, varnish, detergent, ink and lubricating oil. Hemp seed itself is a viable source for these products.

Hemp can be converted into clean-burning ethanol fuel, just like corn.

Main Differences Between Hemp and Marijuana 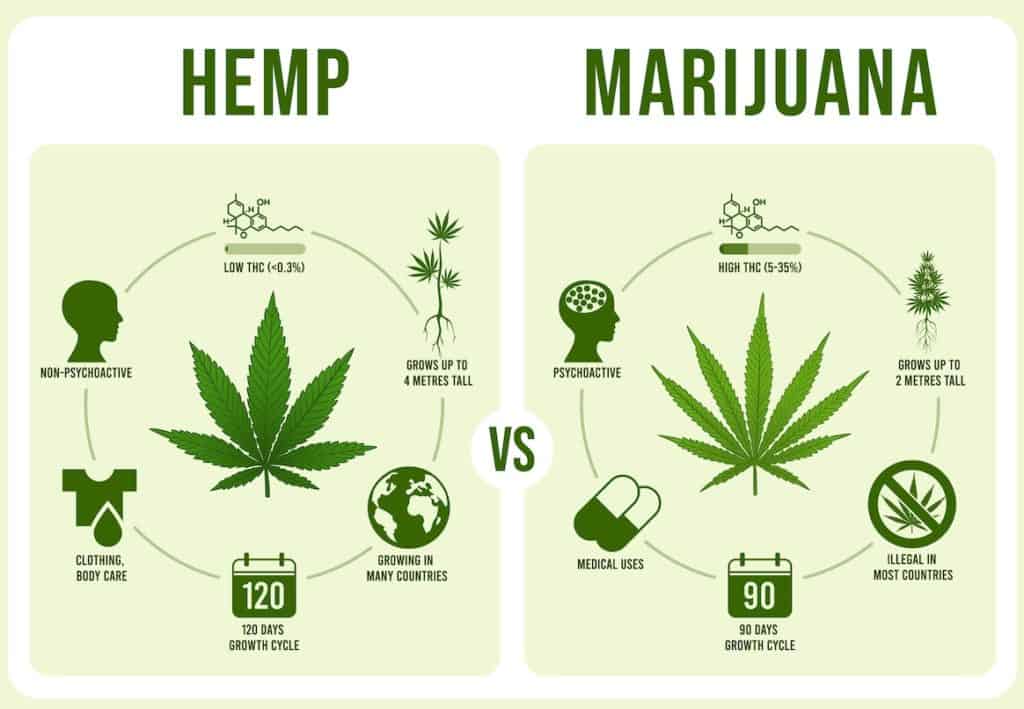 Marijuana is Cannabis sativa with any amount of THC over 0.3%. Most strains of marijuana contain more CBD than hemp. But, CBD can be extracted from both hemp and marijuana plants.

Hemp-derived CBD is legal if it contains 0.3% THC or less under the Agricultural Act of 2018.

Let’s start this section by saying that the word ‘hemp’ is used to describe Cannabis sativa that contains less than 0.3% THC. Marijuana, by a very close perimeter, has over 0.3% THC and can therefore cause euphoric effects.

THC in marijuana provides the high feeling by stimulating the brain cells to release dopamine. Hemp doesn’t contain enough THC to do this.

The Legal History of Hemp vs Marijuana

Up until recently, both varieties of Cannabis were considered illegal substances.

While hemp and marijuana have both been used for millennia for a myriad of uses, the US has fostered a love-hate relationship with these plants – especially over the last century. So, what’s the story on the legality of hemp vs weed?

Did you know, it was legal to sell both hemp and marijuana across the country until 1937?! In fact, as we’ve affirmed before, hemp was used for many reasons, and was valuable it was even used to pay taxes.

Advocates for cannabis legalization remind us of latent racist elements evident in the Marihuana Tax Act of 1937, as the plant was largely scrutinized in conjunction with an influx of immigrants from Mexico into the U.S. Both cannabis and hemp were made illegal from then on.

It was only in 2018 that the Agriculture Improvement Act officially identified Cannabis sativa with less than 0.3% THC as industrial hemp. Industrial hemp was subsequently identified hemp as a legal substance to grow, manufacture, and sell in North America. On the other hand, marijuana has been slower to be decriminalized.

Hemp, Marijuana and Everything In-between

While the subject can be confusing, we hope to have shed some due light on the differences between the two terms, with the ultimate guide to hemp vs marijuana.

And, in the shadow of the incorrect use of the terms “hemp” and “marijuana,” there exists a need to re-educate the world.

Because these terms are furthermore used in a legal everyday context, it’s important to understand what they mean, how they are different from one another, and how they relate to cannabis to better understand and own your rights.

Thank you for reading the ultimate guide to hemp vs marijuana! Enroll in CTU today to learn more about the hemp industry.