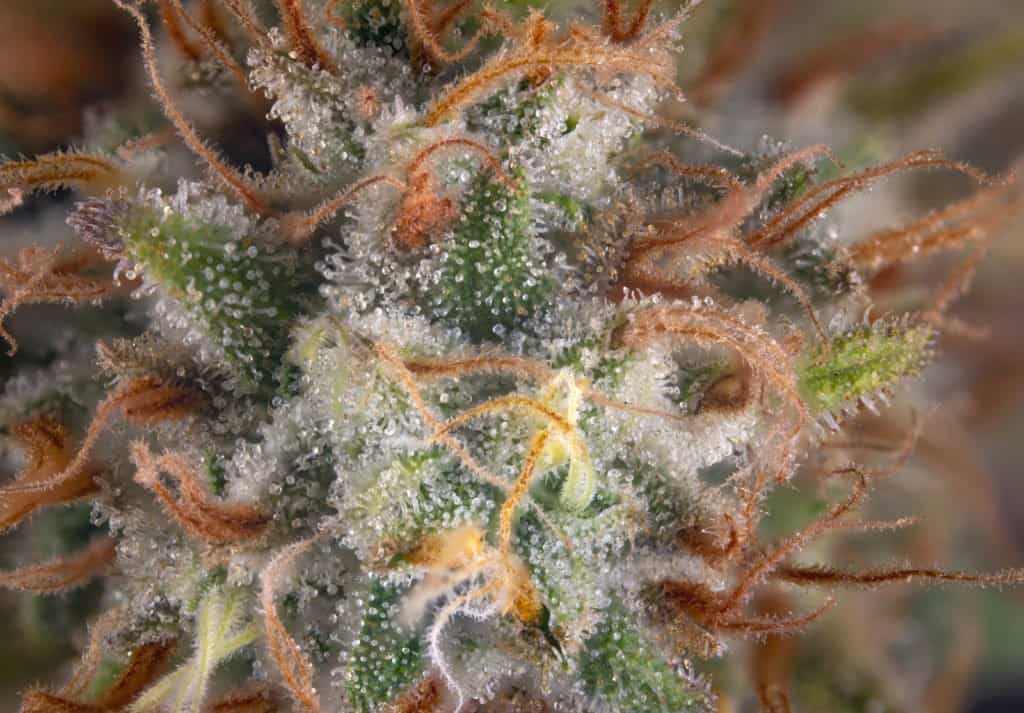 If you enjoy spicy, peppery strains, most likely you have an appreciation for the terpene  caryophyllene (also known as beta-caryophyllene). As well as being present in cannabis, this terpene is found in black pepper, rosemary, basil, cloves, and oregano. Caryophyllene adds a special aroma and flavor to cannabis that’s distinct and recognizable.

Like other terpenes, beta caryophyllene is known to produce a range of effects when consumed. As one of the common terpenes in cannabis, it is thought to interact with cannabinoids to form a cumulative effect. This interaction and synergy between various cannabis compounds, including terpenes and cannabinoids, is a phenomenon known as the “entourage effect.” With the compound interaction of the entourage effect, the overall result can be greater as a grouping than if the compounds were consumed individually.

This is why many people prefer full-spectrum extraction concentrates rather than isolate extraction concentrates. In other words, the medical benefits of a cannabis oil containing 30 percent CBD but no other compounds may be less effective than an oil containing 30 percent CBD but also the range of other compounds found in the cannabis strain used to create the oil. The entourage effect will be the subject of ongoing research as scientists continue to gain a better understanding of marijuana’s and hemp’s therapeutic properties.

The Beneficial Effects of Beta Caryophllene

Beta Caryophyllene is thought to have great potential as a therapeutic terpene. Research indicates it can work as an anti-inflammatory agent to reduce swelling. People with swelling of the body from physical trauma or the edema caused by chronic health conditions like high blood pressure may find significant relief through ingestion of cannabis compounds, including caryophyllene.

Other physical applications include being an effective pain killer. Combined with cannabidiol (CBD) and tetrahydrocannabinol (THC), the collective analgesic properties of caryophyllene and these cannabinoids could provide significant relief for people suffering from either temporary or chronic pain.

More opioid drugs are prescribed for pain relief than any other medical symptom, and these drugs cause unnecessary deaths daily, resulting in the ongoing opioid epidemic. Alternative methods of pain relief must be evaluated to provide other options for pain management. Caryophyllene may play a beneficial role as a viable alternative—or part of the alternative.

Caryophyllene also shows evidence of protecting the cells of the gastrointestinal tract. Research into the potential benefits of caryophyllene on ulcers has yielded interesting results that point to its potential applications in treating this all-too-common condition. There are a range of natural substances that sooth the digestive tract, like chamomile, honey, and ginger, so caryophyllene may provide holistic benefits as well.

Mental conditions like anxiety and depression can also benefit from caryophyllene. The endocannabinoid system responds to cannabinoids and terpenes in complex ways. Cannabis molecules selectively target specific individual endocannabinoid receptors in the human body. Studies indicate that molecules that target the CB2 receptor influence depression and anxiety. Interestingly, caryophyllene is one of those molecules.

With this being the case, the potential for cannabis strains containing caryophyllene to sooth anxiety and lift spirits, easing depression, is great. Just like caryophyllene’s potential uses for relieving pain and help replace opioids as an affective—and much safer—analgesic, this terpene may also provide an alternative to antidepressants. The fascinating potential medical applications of caryophyllene encompass a range of potential uses that will hopefully some day be put to use as our understanding of how cannabinoids and terpenes interaction with the human body continues to improve.

In addition to the spicy and peppery flavors of caryophyllene, cannabis strains that have a diesel or fuel aroma and flavor also are known to be high in caryophyllene. These flavors are distinct, so if you sample a strain with spicy or fuel-like notes, chances are it contains significant levels of caryophyllene.

If you suspect that a cannabis strain may contain this terpene, and you seek its potential benefits in natural forms of medical cannabis, you can learn more about strain terpene profiles by going online. With laboratory testing of cannabis at an all-time high, the terpene profiles of many popular strains are available.

Take Chemdawg as a perfect example. This strain has pungent fuel aromas, so it should come as little surprise that it also contains caryophyllene as a dominant terpene. Many other strains contain this therapeutic compound as well. The following list of a half-dozen strains provides a sample of potent flower other than the Chemdawg example already covered. Many of these strains are commonly found on dispensary shelves.

Often displaying the purple color of its Granddaddy Purple parent, Candyland typically has sweet and earthy flavors. When grown indoors it’s known as a hardy strain that’s a good choice for beginning growers. Besides the healing properties and pleasing flavors of Candyland, its effects are upbeat and happy, which transitions and balances out with feelings of relaxation.

A Serious Seeds classic, AK-47 has a unique and pleasing flavor that has a subtle sweetness coupled with spicy sandalwood-like notes. As a sativa-dominant strain, AK-47 provides upbeat effects that are clear-headed and creative. The slightly relaxing balance is a telltale sign of the Afghani indica genetics used to create this strain.

A hugely popular strain, Gorilla Glue #4 gained a large following for its extremely sticky, trichome-coated flowers, which is a certain clue for how it earned its name. This strain contains ample amounts of caryophyllene, but the strong flavors lean more to the earthy pine side than spice. Gorilla Glue #4 is a hard-hitting hybrid that has pronounced indica qualities that make it extremely relaxing, with the classic “couch-lock” quality for which indica strains are well-known.

Created several years ago by Soma Seeds, Lavender has a large mix of strains in its family tree. The aroma and flavor have pleasing floral and spicy notes that hint at its caryophyllene content. Subtle lavender notes are often present as well, and some of its flowers take on a soft purplish hue, which both contribute to how this strain earned its name. While Lavender may not be as popular as it once was, it still has a following that make it relatively common in dispensaries.

The attractive plant structure and ample potency of Skunk #1 are contributing factors for its ongoing popularity. This strain was created several decades ago, and has served as a strong cornerstone strain in the creation of all-new strains. There are two distinctly different version of Skunk #1, the California version and the Amsterdam version. The Dutch flower has distinctly sweet and subtly spicy qualities, while the American West Coast version has skunky and earthy flavors that earned it its name. Both are worth a try. Most people have a decided preference for one or the other.

The Girl Scout Cookies strain led to a whole family of “cookie strains.” It’s influence on the modern cannabis space is undeniable. This is understandable once you consider that OG Kush and Durban Poison are the parents—which are classics in their own right. The flavors are sweet and floral, balanced by a mild dankness. The effect has nice balance as well, with an uplifting euphoria that transitions into functional relaxation. While you won’t find it sold in a box like its namesake, you will very likely be able to find it for sale, because Girl Scout Cookies seems to have universal appeal.

The medical benefits of beta-caryophyllene, as well as the pleasing flavors of this terpene, make it one that you may want to seek. While it may not be quite as common in cannabis as some other terpenes like myrcene, it is relatively prevalent in the world of cannabis.

Seeking caryophyllene-rich strains may allow you to avoid dangerous pharmaceuticals and find relief in a more natural form. Give strains containing beta-caryophyllene a try, and you possibly may find it’s the answer you’ve been seeking.

To become an expert on terpenes, cannabis strains and their medical uses, enroll in Cannabis Training University!