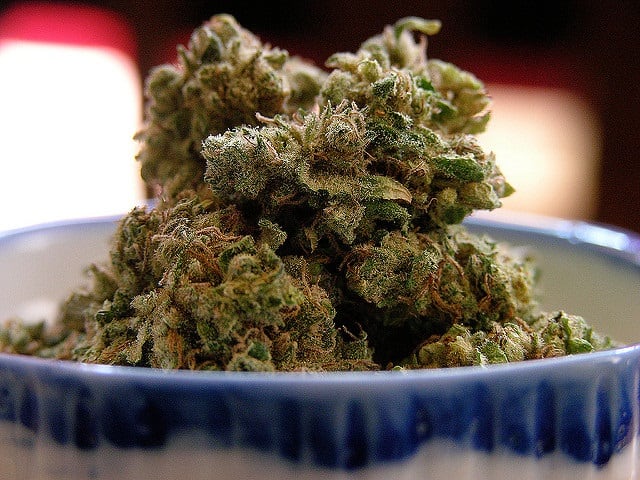 When you are a marijuana grower, you could have issues with your marijuana bud. Some of things involve cannabis bud rot. It is easy to notice this. One tricky part is making the observation sooner rather than later, prior to having any damages done to your marijuana plant and its buds. In other words, you want to find out about your marijuana bud issues so that you can save the entire plant. You can look for specific symptoms that will result in saving your marijuana bud from rotting.

Rotting of a marijuana bud may begin at the newer stems of the marijuana plant. This is especially so of plants that often comes in contact with soil. In such situation, the soil causes the stems to soften and then the stems will show a discoloration. This will eventually result in weakening the stems. Even though, this begins with the newer stems, it can also affect the mature stems of your marijuana plant.

To notice the start of rotting marijuana buds, you should look for a brown discoloration or fungal spores on your buds. When this happens, the cannabis plant will start to transform into a yellow color because of not getting sufficient chlorophyll to maintain its green color. You will also notice a wilting of the marijuana bud that rots around the stems.

The actual marijuana bud will rot next, after the stem has been affected. If you have a female cannabis plant, the buds are moist and may look quite appealing. But, you will find the leaves wiling and turning brown. The pistils are going to follow suit. If nothing is done about these things, then the marijuana bud rot will take over the entire buds of the cannabis plant. After that, they will appear slimy and brown in color. So, you could safely say that the marijuana bud issue causes the buds to be no good.

At times, marijuana bud rot issues can be quite tricky, especially if you do not know what you are doing. That is why you have to know as much as you can about marijuana growing. The Cannabis Training University offers many courses on this topic. You can enroll to take a course today since everything is done online. When you sign up, you will learn that the plant’s cola may appear to be drying up instead of the normal bud rot appearance. However, do not let that deceive you. It is important to know what to look for.

The outer area of the marijuana bud may also appear as if it is drying out, although, the rotting of cannabis buds targets the area of the plant that is most moist. You should pay close attention to the area close to the plant’s cola to see if they have gotten large. Why? Well, those areas do not receive too much air circulation and so are usually first attacked in that location by marijuana bud rot.

The rotting of the marijuana bud can be fixed once it is quickly noticed and you can figure out what you should look for. During the decaying stage, it is not easy to spot the mold. And by the time that you notice the rotting, it may be too late to do any type of saving. You should always examine your buds for brown, dusty or dark gray indications.

Marijuana plants that are gown outdoors tend to have the greatest risks of marijuana bud issues, especially after it rains. If you want to learn more about all of this, we urge you to enroll in a course at the Cannabis Training University.