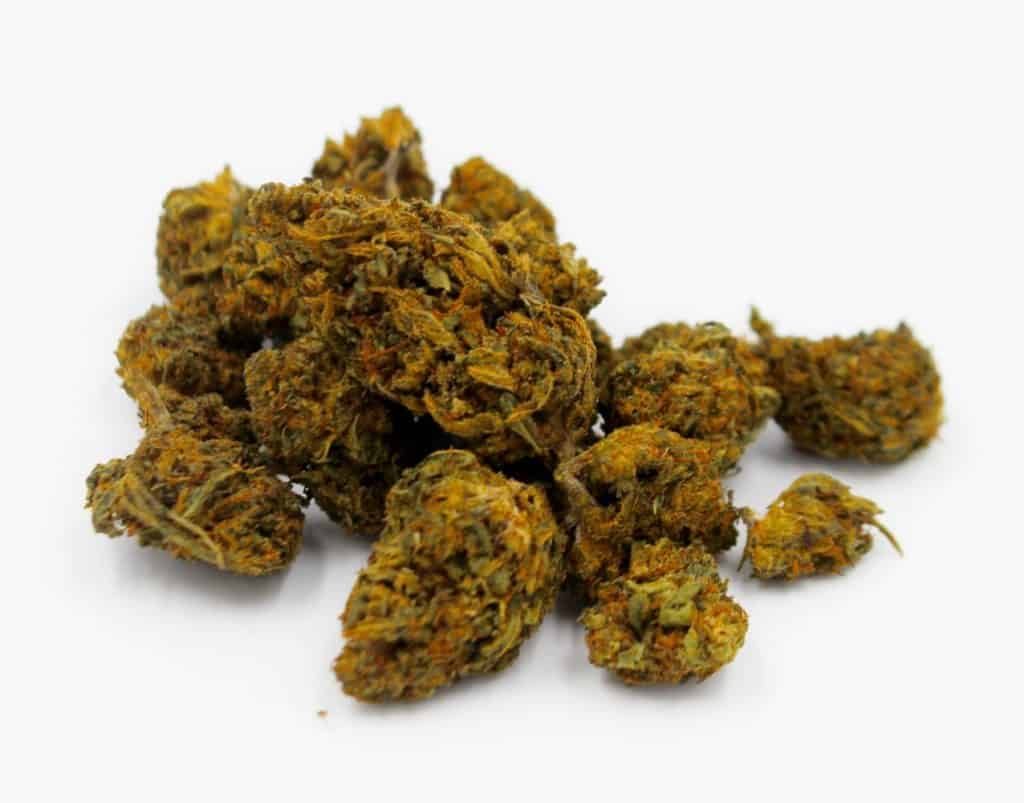 We've all been there. You take a closer look at the weed you just bought or got from a friend, only to realize that it looks and smells a lot different than the high-quality weed you are used to.

If it has more seeds and stems than usual, smells like old hay, and has a dull color, you may be staring at what seasoned users refer to as “dirt weed.”

While low-quality weed can seem like a waste, there are still ways to salvage your stash without having to throw it away completely. Our dirt weed guide covers exactly what dirt weed is, how you can identify it, and what you can do with it to have a great experience.

What Is Dirt Weed?

Dirt weed usually refers to low-quality Mexican weed that became available in the 1970s and was commonly sold for about $10 an ounce. This weed is known for its low potency, poor drying and curing practices, and, sometimes, moldy growth,

Common names for low-quality weed include:

Signs of low-quality weed include:

Dirt weed is usually transported in bricks mixed with several other strains. The weed is compressed which can destroy the trichomes. It may be wrapped up in saran wrap or duct/electric tape.

It is often grown for quantity, not quality, without an effort to remove the male plants, which can frequently produce hermaphrodite plants with tons of seeds. It may also be produced in poor-quality soil without fertilizer.

Dirt weed may be harvested before the trichomes are at their peak maturity. It is usually sundried in piles producing a dry and crumbly texture. Growers do not remove the seeds or stems or trim the bud leaves when harvesting the bud.

Here is how you can tell good weed vs. bad weed apart.

You may notice yellow leaves, brown and leafy weed, and minimal or no trichomes. Use a microscope or loupe to get a closer look. Dirt weed may look dry, airy, brown or dark green, and come in very small and broken up buds with curly leaves. It can also come with lots of stems and seeds.

Most people notice an aroma of old, dry hay and, sometimes, ammonia. If your weed smells like this, it could mean that the bud is old, moldy, or low quality.

While it may have a slight recognizable aroma of weed, it will mostly smell unpleasant or even moldy and must. In terms of taste, it can be harsh, earthy, and not as complex-tasting as high-quality strains.

If you can't tell by looks or smell alone, you can use your other senses to determine its quality. Even if it's very dry, that doesn't necessarily mean it is low quality. In some low humidity and high-elevation environments, cannabis can be naturally dryer making buds crumbly even with the tiniest bit of pressure.

In other areas, there may be more moisture which makes the harvested buds harder to break and grind. Overall, the nugs should not feel too moist. If they do feel too moist, you should break them open and check for bud rot.

Can Dirt Weed Get You High?

Generally, dirt weed has low to moderate THC levels ranging from 10 to 15%, although some strains can have THC levels up to 20%. For some users with lower tolerances, dirt weed can be all they need.

For those who are used to higher potency strains, dirt weed can produce minimal to no effects. Overall, it can produce mild intoxication good for a manageable, daytime high.

Is Dirt Weed Safe to Consume?

Unfortunately, there is no easy way to answer this. It all depends on the type of dirt weed that you have. Some dirt weed may be fine to consume. It may just produce a harsher hit with little to no smell, headaches, and weak effects.

It is when the bad weed contains harmful additives and unflushed synthetic fertilizer and nutrients that it can be harmful to your health if consumed in high amounts and frequently.

What Can You Do With Dirt Weed?

Just because your weed may not look, smell, or taste as good as other strains, it doesn't mean it is completely worthless. If it's not moldy and doesn't have any bugs or pests or clear signs of toxic chemicals, you can definitely use it to make a variety of cannabis consumables.

One of the defining characteristics of dirt weed is the high number of seeds you may find hidden within the buds. While it may be annoying to pull them out when packing a bowl or joint, you can keep these dirt weed seeds and experiment by growing them.

Many users have used good growing practices and have grown big and tall plants indoors and outdoors using dirt weed seeds. However, you may have to wait a little longer for its flowering compared to high-quality feminized cannabis seeds. It can take several months to flower but can be completely worth it.

There are many ways to create a concentrated resin and refine it to make a variety of derivative products such as edibles, topicals, concentrates, and suppositories. Through a variety of extraction methods and infusions, you can extract the cannabinoids and terpenes from the low-quality bud and leave behind the harsh plant matter.

If you have some dirt weed on you, you can use it to supplement your bowls, joints, or blunts. Just get a bit of dirt weed and mix in some higher-quality weed to offset the earthy smell of dirt weed. You may even store both qualities of weed together to kind of balance out the moisture levels.

Learn to Make A Variety of Cannabis Products at CTU

Do you have dirt weed in your stash? Do you want to transform your dirt weed into a variety of cannabis products?

Enroll in Cannabis Training University’s online marijuana training program to learn how to make high-quality edibles, topicals, suppositories, concentrates, and so much more.