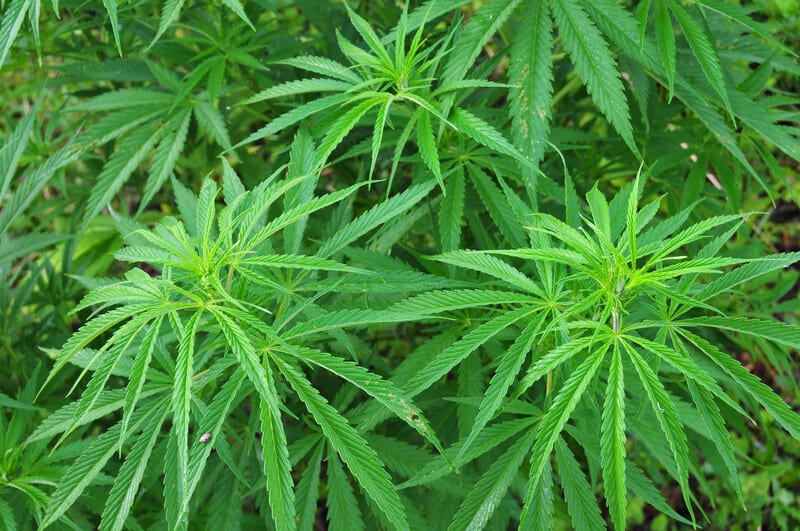 When you are assessing a marijuana bud, it is easy to notice that there is a complicated knotting around the plant, which shows that there are different parts to the cannabis plant. You will notice sugary crystals, orange hairs, chunky, thick knobs, which are surrounded by small leaves.

However, what is the precise formation of the cannabis plant and how does it function? These are the questions, we aim to answer here. The marijuana anatomy is complex. Our aim is to help you become familiar with the cannabis plant in as simple as a format as possible. Let us first look at the male plant and the female plant.

Essential Parts of the Cannabis Plants

The cannabis plant is male, female or both, which is known as hermaphrodite. But, if you look in your stash jar, you should find the female flowers. The female cannabis plant produces large flowers filled with resin. The flowers are usually trimmed down to pointed or round shaped buds.

The male cannabis plant is known for its ability to pollinate the female plant. In doing so, it produces seeds. However, the potent flowers are derived from female plants that have no seed. This is called sinsemelia. This grows to large CBD rich buds with no seeds.

The hermaphrodite plant has the sex organs of both the male and female. It is during the flowering stage that the hermaphrodite will pollinate. It is usually considered a nuisance for growers since this only cause damage to the sinsemelia plant and injects the hermaphrodite genetics into the cannabis plant.

Marijuana growers use the cloning process to identify the sex of the cannabis plant. Or they can use clippings received from the parent strain.

The cannabis plant has several structures. Most of these structures can be found on the flowering species. Marijuana grows on long stems and has large fan-like leaves that extend from the nodes. The plant stands out when unique and distinct formations are made. Let’s take a look at the parts of the anatomy of the cannabis plant that makes its flowers stand out.

The cola is the bud’s cluster, which grows very tightly together. On the lower branches, sometimes, you will find smaller colas growing along the budding sites. However, for the most part, you can expect to find the main cola at the top of the plant. This collection of marijuana buds is positioned at the end of the branch or stem. It looks like one giant bud.

The Stigma and Pistil

The pistil is the area where the reproductive parts of the cannabis plant or flower are found. It has hairy strands called stigmas, which help to collect the male’s pollen. The stigma is white in color and turns different colors as it progresses and as the cannabis plant reaches maturity. Both the stigma and the pistil play a huge role in the plant’s reproduction. However, the stigma does not play any part in the taste and potency of the flower.

The bract helps in the encapsulation of the reproductive parts of the female plant. These are leaves, which are green in color and covered heavily in resin glands, which eventually create high levels of concentrated cannabinoids. The bracts enclose the calyx, which is a translucent layer covering the ovule.