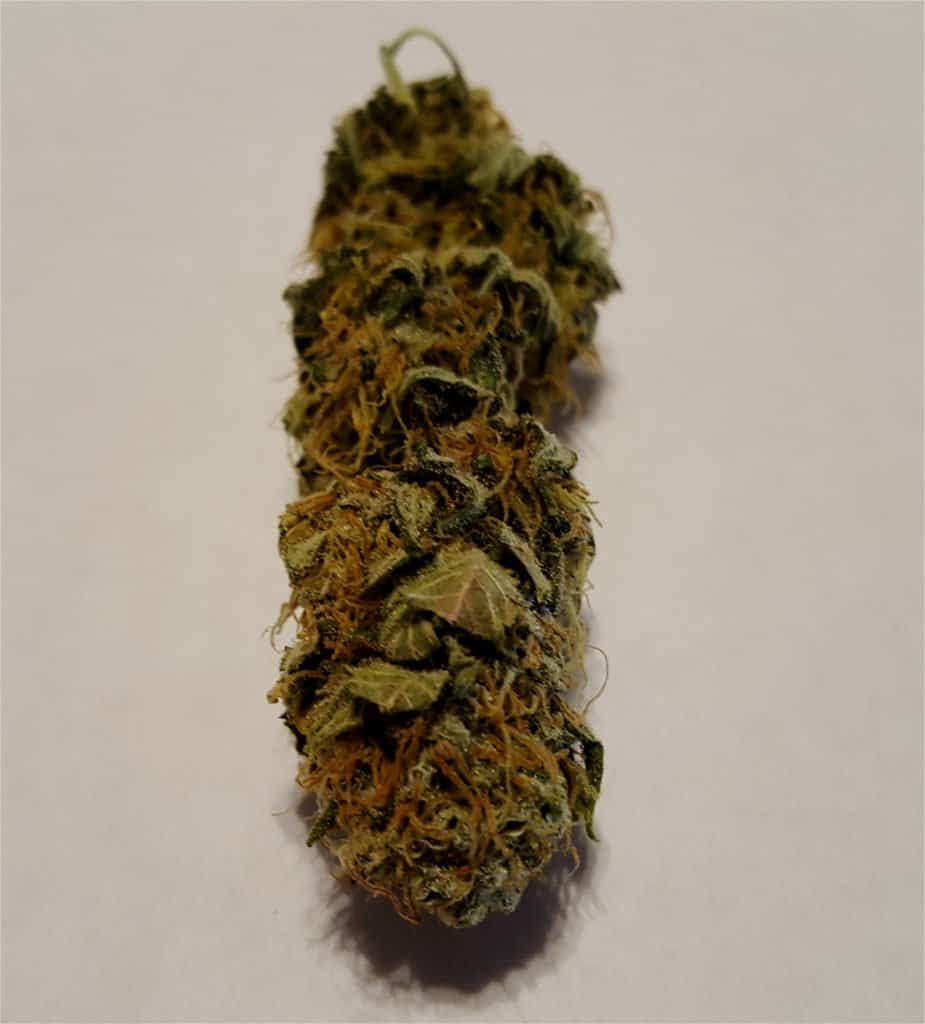 The reason for this dedication is all in the terpenes. The aroma and flavor of MLI is truly unique. The taste is sweet—but not in the typical fruity way of so many strains. Maple Leaf Indica is a different animal altogether. Instead of a candied sweetness, the flavor is sweet in a more savory way. Kind of like a cake donut, for lack of a better comparison. Hints of sandalwood incense are also present in its aroma. These terpenes are completely unique and unlike that of any other strain. Which is part of the allure of Maple Leaf Indica. There is nothing even remotely skunky about it. The strain’s direct forbearers were brought out of Afghanistan just prior to the Soviet invasion in late 1979. Those old genetics are said to have been used in the Mazar-i-Sharif region for the production of hashish.

When researching this strain online or talking with those who’ve grown it, you will find a tremendous amount of conflicting information. Leading one to wonder if the various online writers have ever grown it or are merely parroting the words of others and promoting misinformation. Some of the online descriptions say that the maple leaf part of the strain’s name comes from the very wide leaves of this indica, suggesting they have the appearance of maple leaves. This is incorrect–or least not at all consistent with the numerous plants grown for this write up, which is based on six grows and 20 Maple Leaf Indica plants grown indoors.

These plants were grown from seeds released by the original source for these genetics: Sensi Seeds of Amsterdam. The grows were the result of cultivating two separate seed packets purchased a few years apart. Other online descriptions indicate that the name has nothing to do with leaf structure. It instead reflects the maple syrupy qualities of the terpenes, and this is more on the mark, although not entirely accurate. Yet another online fallacy comes from those who say MLI grows to maturity as a short, squatty plant, with typical indica structure. On the contrary, although an occasional shorter pheno may occur, typically, MLI grows in a manner more consistent with sativas. If placed in the same grow as other indicas, it will quickly tower over the neighboring plants, with some of the taller phenos requiring bending, tying, and training to curb height.

The leaves are quite narrow—nothing like a maple leaf. The buds are quite dense. Many of them may be elongated, almost cigar-shaped, not round like so many indica strains. In a grow, Maple Leaf Indica will blend in much more with sativas than indicas when it comes to plant structure and height. But that’s where the sativa similarities end.

When you smoke MLI there’s no doubt that, although atypical, it”s an indica all the way. After proper curing, the buds take on a much darker hue than most sativas. The high is very pleasant, and the effects have a somewhat creeper effect. But before long, you definitely realize you have a nice, laid-back indica buzz going. Some people claim MLI has an aphrodesiac effect. It might not be a bad choice when you’re in for the night with that someone special in your life.

How to Grow Marijuana