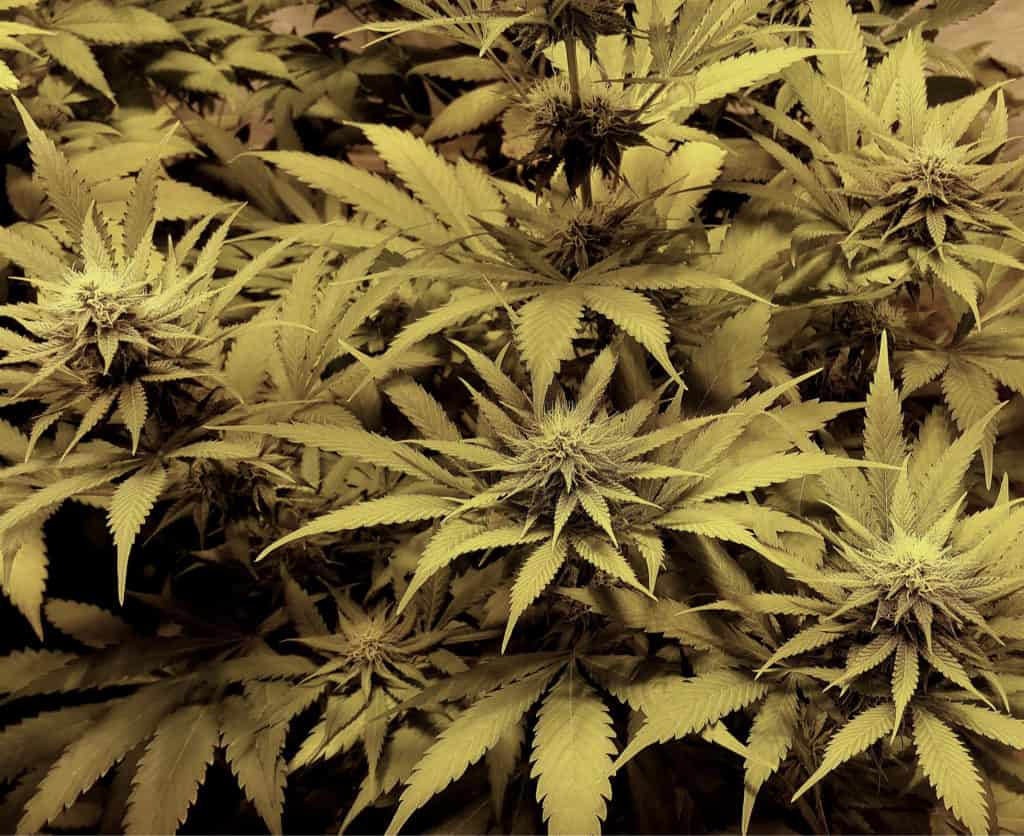 This account differs greatly from another member of the Greenhouse Seed team. Australian cannabis cultivator Scott Blakey, who goes by the name Shantibaba. Blakey maintains that he acquired some of the White Widow genetics while traveling in the Keralan region of Southern India. After meeting a farmer there, he sampled some of the man’s indica plants and bought some seeds that he brought back to Amsterdam. Later, he crossed these genetics to a Brazilian sativa, and the result became the White Widow strain. After internal conflict and disagreement at Greenhouse, Shantibaba left and joined Mr. Nice Seeds, where he called his genetics, Black Widow, because Greenhouse owned the White Widow name. Both seed companies maintain that the genetics go back to Southern Indian indica and Brazilian sativa.

White Widow maintains a consistent medium-height structure that’s quite pleasing to the eye. The sturdy plants do a great job of supporting their own weight when the buds attain a respectable size. Therefore there is no need for adding stakes for support. When smoked, the buzz is best described by what Greenhouse accurately includes on its website: A relaxing indica feeling that turns into a bursting sativa high. Very complex and enjoyable, fast hit and long-lasting effect.” The ratio of indica-to-sativa is said to be 60% indica and 40% sativa, a very balanced hybrid indeed.

The White Widow aroma and flavor reflect its European roots and palate preference. This sometimes differs from that of Americans (versions of American and Dutch Skunk #1 are a perfect example)—but most Americans should find a lot to enjoy. The sweetness is distinct, mildly citrusy, with subtle notes of marzipan. The phenos that Americans will likely enjoy the most also have subtle skunk and grape notes.