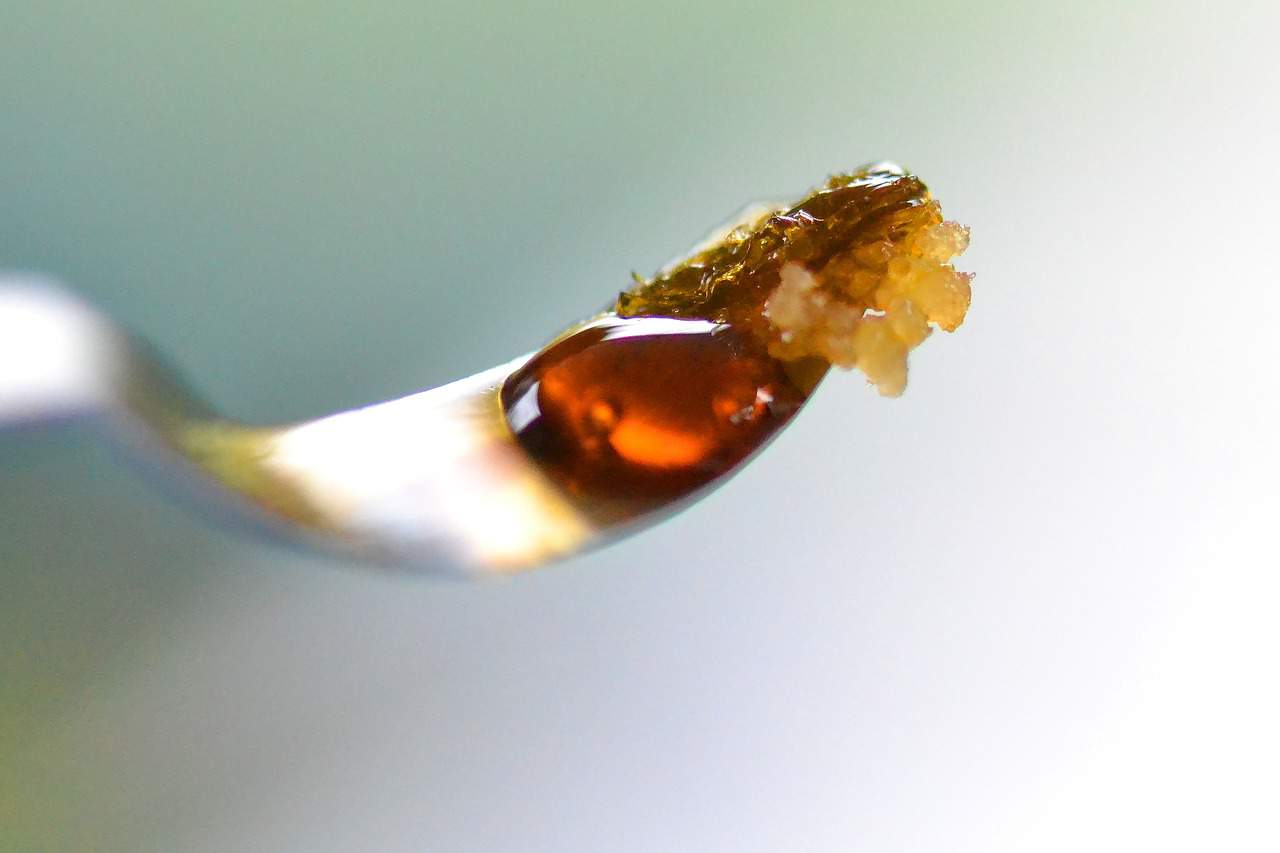 The growth of the cannabis industry is on a staggering upward trend and it is estimated that it will hit 73.6 billion by 2027.

The legalization of medical marijuana has brought with it increased demand as well as a need for more efficient ways of both extracting and consuming the vital ingredients found in cannabis such as CBD.

Live Resin and Rosin by definition are highly potent extracts of cannabis. Because they sound extremely similar, they are often confused.

We will set out to understand what these forms of cannabis are and how they are arrived at.

The Old-School Stoner’s Definition of “Resin”

Back in the 60’s, the term resin referred to the tar-like substance left at the bottom of pipes, bongs and other glass pieces.

Not very enticing, is it?

You would have to understand that weed was quite hard to come by in those days and digging out this stuff for a second smoke was actually considered a treat.

How grateful are you that you were not born in that era?

With all the dispensaries at every corner (okay, maybe that’s a stretch), there is absolutely no reason you need to know how smoking that black gunk feels.

Resin, sometimes referred to as “sap,” is a term used to describe the sticky trichomes found in the flowers or leaves of mature marijuana plants.

Resin in its most basic form is the sticky insoluble organic substance secreted by plants. The cannabis plant typically has an abundance of resins which contain its cache of cannabinoids and terpenes. Terpenes serve the plant during its growth cycle as a defense mechanism to protect it against pests and predators as well as to attract different insects and animals to help with cross pollination.

As mentioned earlier, the resin is stored in the cannabis trichome. After it is collected, dried then cured, resin is referred to as “kief”.

Resin can also be used industrially to produce pesticides and insecticides because of its strong scents and properties.

What Cannabinoids Does Resin Contain?

The typical cannabis extract contains chemicals that are in excess of 400. As discussed earlier, resin contains most of these chemicals which are mostly terpenes and cannabinoids.

In the world of cannabis, the most sought after luckily, the most abundant cannabinoids are THC, which has great psychoactive effects alongside CBD, known for its medicinal value.

Rosin, also called “rosin tech,” is an extract of cannabis that is solvent-less. It uses a combination of pressure and heat to almost instantaneously squeeze the resinous sap “naturally”.

Where did the term “rosin” originate from?

Rosin initially referred to the product of burning pine tree sap to create a substance used to create friction with violin bows.

Properties of Rosin are:

Over 34 people were injured in Colorado in 2014 alone from butane explosions being used in the making of hash oil.

When extracting rosin, remember the garbage in garbage out rule applies. What this basically means is that if you want to end up with good quality rosin, use good quality flower or bud.

Rosin extraction has become so popular that a number of dispensaries offer rosin presses on site for their customers. This allows the customers to purchase the bud or flower and go home with freshly pressed golden goodness.

This is the latest trend to hit the streets of America as far as Cannabis is concerned. States that have legalized cannabis have been very quick to catch on to this new and exciting trend.

What Is Live Resin?

What exactly does live resin mean?

Live resin is the resin collected from fresh cannabis plant material that has been cryrogenically frozen in temperatures of below 292 degrees F (-180 C). The process of collecting live resin is considered to be full-spectrum as it uses up the entire plant. Just like with BHO, it is a solvent-based method of extraction.

The properties of live resin are:

Producing live resin is without doubt the most expensive process that exists out their due to the cryogenic freezing involved.

However, it is the promises to be the most potent and medically efficient extract discovered to date.

Can You Press Live Resin At Home?

Because of the basic assumption that live resin is gotten out of fresh plant matter, many an adventurous user has attempted to make it at home.

This will not work because trying to press it will end up “boiling” the moisture contained in the plant, which can turn out to be a messy affair shrouded with danger.

While you might end up with some substance at the end, which might even be useful, it will certainly not be Live Resin.

The term “live’ might have been confusing throughout this article. Does it mean that the resin extracted is still living and able to change form? Does it connote something like the live cultures found in yoghurt? Does live here mean that it could stage a coup at any moment?

Fortunately none of that.

Live here simply refers to extracting resin from plants that were cyrogenically frozen while still fresh, therefore preserving their whole terpene and cannabinoid profile.  It is also important to note that the whole plant gets used up in this process.

You might have guessed by now that the cannabis plant material is prepared by harvesting it and freezing it while still fresh.

Now to the rosin.

What kind of cannabis material is used to extract rosin?

The extraction of rosin usually uses buds and flowers of the cannabis plant that have been precut, dried and cured, often purchased from dispensaries.

After the harvesting and trimming of a bud, it is laid out to dry for a week or two, after which it is cured for another period of between two to eight weeks.

Though drying and curing preserve the bud and make it sale ready, the process has the effect of destroying some vital terpenes and cannabinoids.

This dried bud is what is often used for the extraction of rosin as well as other concentrates like hash oil, wax and shutter.

As we have already discussed, live resin is currently the most sought after cannabis concentrate especially for users who prefer the full terpernoid and cannabinoid profile it offers, as well as its full-bodied aroma. The cryogenic freezing technique used in this process immediately after harvest preserves all the terpenes availing them to the user in their “live” state.

Though live resin is without contest the most preferred cannabis extract due to its intact profile, the issue of solvents often arises.

The use of solvents is highly contested with professionals insisting that they burn off at the last stages of extraction.

This however has many a user petrified as the effects of consuming left over solvents such as butane can be very detrimental, especially for medical users who are already grappling with other health concerns.

These compromised group may also an already compromised immune systems, and allergic sensitivities that could exacerbate with the intake of impurities.

In this case, it might be safer to use rosin because it employs a solvent less process of extraction.

With the technological advancement of almost everything, the extraction and consumption of cannabis is also bound to get more sophisticated. The increase in popularity of live resin and rosin for both their medicinal and recreational properties is just but the beginning of a new era.

We hope we have sufficiently clarified the difference between the two as well as the properties of both.