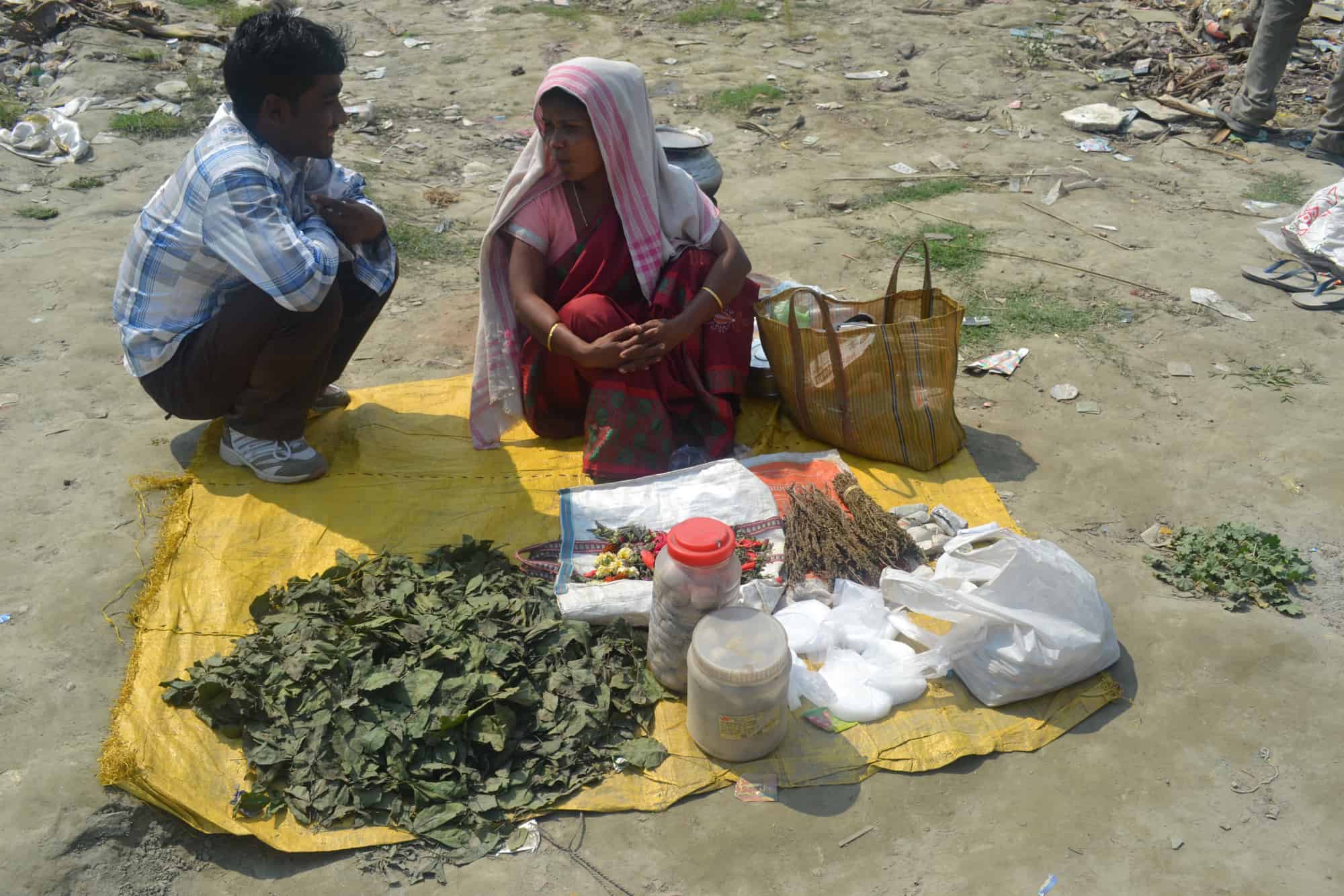 You might be asking yourself the question “what is bhang?” Is it the same thing as grass, hashish, reefer, tea, hemp, or pot? In the next couple of minutes you will have a detailed answer to this question.

Bhang has been around for thousands of years and traces its roots back to the Asian continent. It is a paste that is made from the leaves and flowers of the female marijuana plant. The parts are soaked in water and crushed to a fine paste and can be used to create different products when added to foods and drinks. In India the paste is usually rolled into balls which are greenish brown and shiny in color and are known as bhang goli. Bhang thandai which is also popular is made by mixing the marijuana paste with milk, groundnuts and choice spices. Bhang lassi is made by mixing the paste with curd from milk. The bhang paste is used for religious, therapeutic, and recreational purposes. In India, it is associated with religious festivals. When mixed with sugar and ghee, it is eaten recreationally as candy.

How does bhang work?

Bhang is made from the bioactive components of the marijuana plant. This includes cannabinoids, terpenes, and flavonoids. These compounds are responsible for the effects that are produced when bhang is consumed.

The major cannabinoids in bhang are tetrahydrocannabinol (THC) and cannabidiol (CBD). These compounds are similar to endocannabinoids which occur naturally in the human (mammalian) body. They interact with the endocannabinoid system (ECS) which is responsible for maintain homeostasis in the body. This system regulates vital functions such as pain regulation, temperature control, metabolism, hunger, memory, moods, reproduction, and immunity among others. The ECS has receptors which the endocannabinoids interact with. THC and CBD interact with this receptors through different mechanisms. By doing this, they are able to influence the functions that are controlled by the ECS.

THC causes psychoactive effects by interacting with the endocannabinoids receptors that are present in the central nervous system (CNS). CBD does not similar effects in the CNS. However, both compounds have similar therapeutic effects.

When you consume bhang in whatever form you are likely to experience similar effects as a result of the cannabinoids interacting with the endocannabinoid system. If you smoke it you should expect to start feeling the effects within 15-30 minutes. When you ingest it the effects should peak in 2-3 hours.

Does Bhang Have Any Therapeutic Benefits?

Because bhang interacts with the endocannabinoid system it is able to produce therapeutic effects. The cannabinoids in bhang help to restore homeostasis in the body. Some of the therapeutic benefits include:

Each individual has a unique endocannabinoid system and will have a different experience with bhang. Bhang that has a high amount of THC will cause euphoria and should be consumed in moderation.

Are There Risks Associated With Bhang Consumption?

Consuming high amounts of bhang may cause some negative effects, especially when high amounts of THC are consumed. As much as THC cause desirable stimulation in excessive amounts it may cause excessive paranoia or psychosis. It may also impair short term memory when used for prolonged durations of time. However, there is conflicting evidence on the link between marijuana and memory.

Marijuana has also been associated with mental disorders such as schizophrenia. However, there is no sufficient evidence to support this claim.

How To Make Thandai

Bhang thandai is a popular form of bhang especially in India. Here is a simple recipe for making thandai.

Bhang which was once popular in India is also catching up in other parts of the world. Due to its myriad of benefits, it is now consumed widely across different age groups. It remains illegal in different parts of the world because of the psychoactive properties of THC. As for the question “what is bhang?” the above highlights the important aspect of this marijuana derivative.