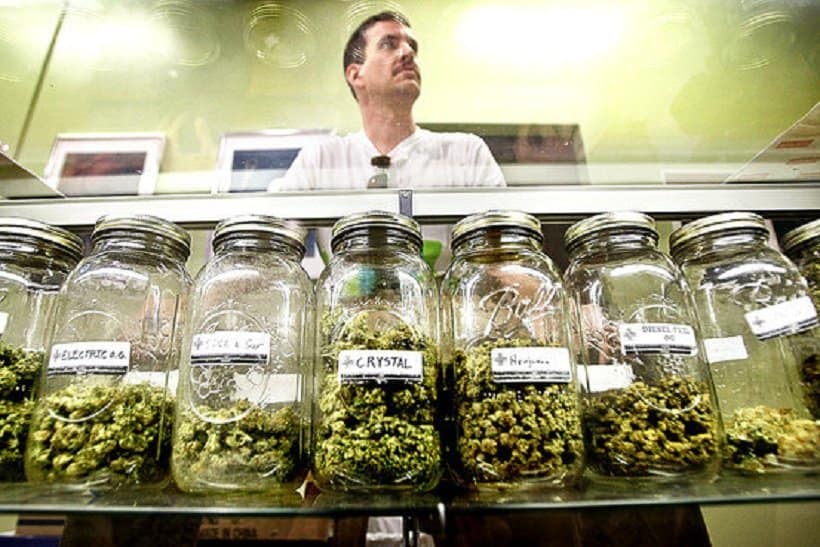 There are a variety of marijuana jobs that the legal marijuana industry supports. In just a year, the marijuana industry has added in excess of 26,000 to the workforce in the United States. The sales figures show a good estimate of the cannabis job growth in the United States despite how the federal government looks at marijuana. Of course, the labor statistics contributed by the feds would not be able to determine the cannabis job growth. It can only be determined by the actual sales totals.

In 2016, there were more than 122,000 legal cannabis jobs in America. In 2017, it increased to almost 150,000. This new total shows a huge increase of about 22% in only a year. During those twelve months, the legal cannabis job growth showed an addition of more than 26,000 jobs to the workforce. That is an amazing number, but what exactly is behind the numbers?

If you were to dig a little further, you would find that annual sales in the various marijuana dispensaries have helped to give a clear picture of the legal cannabis job growth in the United States. Although, the figures aren’t perfect, they come very close. Not all cannabis industry jobs are full time. The total given here are full time jobs where two part time jobs equal to one full time cannabis job. Not all job descriptions have anything to do with the actual touch of the marijuana plant. In other words, there are marijuana jobs that include attorneys, insurance brokers; electricians for marijuana grow operations, entrepreneurs, hydroponic farming supply houses, software developers, and realtors that specialize in marijuana real estate.

Behind all cannabis jobs is an American who is hard working and pays taxes to the government.  These taxpayers include the botanists, oil extractors, budtenders, mechanical engineers, scientists, researchers, bud trimmer, sales rep., writers, farmers, editors, event planners, web developers and customer support specialists; just to name a few. In 2016, the state of Washington made sales of about $1.27 billion from its cannabis crop. This is representative of the second most valued commodity that has been farmed in that particular state. Other crops in the forefront were potatoes, apples and wheat. It is only with the help of hard working Americans made this even possible. This shows the legal cannabis job growth in the United States could not be possible without the help of hard working Americans.

Now on the flip side, if Jeff Sessions were to regulate the legalization of marijuana in the states where it is already state-regulated, then these same American jobs would be carried across the border, which would make it illegal in some countries, expect for Canada. Of course, there would be some ancillary companies that may probably survive. There are few that might relocate to Canada. However, thousands would be negatively affected and that would include distribution, processing, harvesting and farming jobs. These would definitely be taken over by the Mexican cartels.

The legal cannabis job growth in America should be good enough reason for the Attorney General, Jeff Sessions and the new White House Administration to take a second look at marijuana, its benefits and its positive effect on the economy. In the state of Washington, for example, cannabis sales between the months of March and June were over $122 million. It is expected that sales will go up to $1.5 billion this year. So what is it that the federal government needs in order to be convinced? We will never know. If you want to learn more about legal cannabis growth in the United States, go to the Cannabis Training University website now.