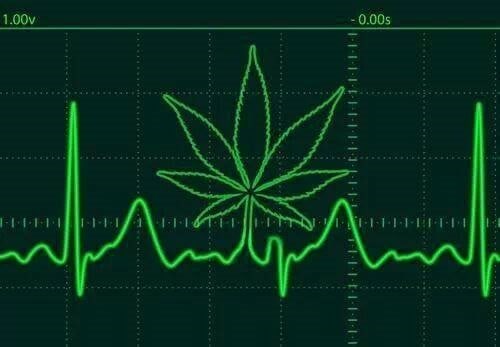 Government leaders in Canada are thinking about the legalization of recreational cannabis as early as 2017. Yes, within several months, Canadian pot lovers could be smoking recreational marijuana as soon as the dispensary doors open.  It is predicted that several pharmacies and liquor stores operating in certain provinces will be fortunate enough to get a marijuana licenses in Canada. Good for medical cannabis patients, the stuff has been legally used in Canada since 2001.

These new Canada cannabis laws are specifically for distributors and cannabis growers, making the marijuana business in the United States less risky. Why? Well, many cannabis business operators won’t have to be barred from creating a bank account or conducting business with otp financial investors.

For that reason, the country is moving fast to ensure that recreational pot is legalized in 2017. However, Americans should be cautioned that it won’t exactly be like what is thought of as a close encounter with pot just across the Canadian border. It won’t work like that. Next spring, the liberal party of Canada will make an introduction of a law that legalizes recreational cannabis. There are not many details as to who will potentially distribute products and who will grow the cannabis. There are several options that Canada has, though, but the country is still careful about the weed laws.

It is important to pay close attention to tax regulations and the rules of exchange. That would curtail the entry of people into the country. If this is allowed, there would be more money that goes toward taxes and something that will additionally help the country. Of course, the U.S. border may be a problem. Spurring the enacting of their legislations to stop the flow of tourism dollars into Canada. Washington and Colorado have proven that this would be the case because in 2013, both states experienced an influx of tourism dollars as soon as recreational pot laws were enacted. Canada could use those two states as models.

It is quite beneficial to the Canadian lawmakers that Colorado and Washington have already experimented with this and Florida and other states have been added since the 2016 Presidential Election. Canada is looking to make recreational weed federally legal, unlike states within the U.S. where recreational pot is legalized. The legislators want to make sure that the recreational marijuana industry is organized and regulated.  The U.S. and Canada are known for being major trading partners, but the legalization of recreational marijuana won’t be part of the product line. However, it may be easier with the model from Colorado and Washington, providing more preparation details.

According to the media, the sales forecast looks good for Canada. In fact, it is expected to reach $23 billion within the next four years after introduction. While, the exportation of cannabis won’t be part of the legalization process, if it states within the country, there are still many financial benefits and rewards.

When Justin Trudeau, Liberal Prime Minister of Canada campaigned for office, marijuana legalization was an integral aspect. According to the polls, most Canadians are supportive of the legalization. The previous Prime Minister, though, rejected the Canadian marijuana laws, saying that it was worse than cigarettes and drugs. The 2003 outgoing Canadian Prime Minister thought differently. She wanted to have it decriminalized. The current government has promised to make marijuana legal, but to regulate it. Many people realize that times are changing and the adaptation of both medical cannabis and recreational pot are inevitable for the future as it has begun to be embraced in so many countries, Canada included.  If you want to learn more about recreational cannabis at the Canada Cannabis University, visit CTU at Cannabis Training University.