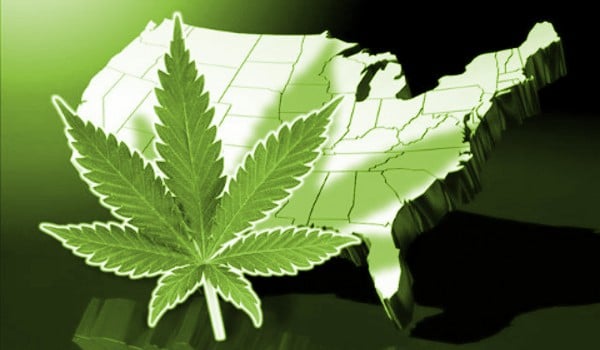 Four out of the five states that had legalization on their respective ballots passed this November. Some, like California won by a substantial margin (56%-44%) whereas others were much closer such as in Maine (50.3-49.7) indicating that many Americans are still concerned about legalization. As more and more states consider legalization, they shouldn’t take the concerns of these citizens lightly, as the federal interference moving forward against legalization will likely get stronger with both a republican executive and legislative branch.

It was surprising that Vermont didn’t put up a ballot initiative this November. The state known for excellent hiking, a democratic socialist senator, and Phish seemed to be a likely place for marijuana to be legal. They had a bill die in the house last April that would regulate marijuana, which was very surprising considering that Vermont has the most partisan government in the United States (almost entirely Democrat). However, what killed it were a lack of grassroots momentum and a fear of the opioid epidemic being exacerbated by cannabis legalization (actually the opposite is true). In any case, Vermonters will likely be more vocal in two years when they realize that close neighbors (Massachusetts and Maine) are stealing a large chunk of revenue from Vermonters going over state lines to buy marijuana.

One medical dispensary. You heard right, only one dispensary. Although Delaware is the second smallest state in the nation, there has still been a large clampdown by the state on the expansion of their medical marijuana program. With a total of 2,023 patients in October 2016, one dispensary is not nearly enough to meet demand. There are now plans to open a second dispensary in Sussex County in the south of the state. Although legalization efforts have been moving slowly, a poll out of University of Delaware found that 61% of Delaware respondents support legalizing cannabis for adults.

Michigan is a bit of an enigma considering they had an initiative for this year that fell short on signatures. The state has had medical cannabis since 2008 but former supporters and now critics say that it is over-regulated. MI-Legalize, the main campaign to legalize marijuana has stated on radio that the group expects to collect 250,000 signatures within a state mandated 180-day window.  This is a good sign. When campaigns are focused and ahead of the curve in terms of deadlines, there is a good chance it will be put on the ballot.

Like Michigan, Missouri had a ballot proposal on legalization looking promising, but was pulled off the ballot when Missouri Secretary of State Jason Knader invalidated more the 10,000 of those signatures. Although it seems unlikely considering Missouri doesn’t even have a medical law on the books, there seems to be a lot of support at the grassroots level especially in a traditionally conservative state. I’d look for 2020 to be Missouri’s big year along with another unlikely state.

Maryland is a perplexing as they come. A solid blue state with a socially liberal streak, you would think Maryland would be a shoe-in for legalization. Such is not the case; with the Maryland Medical Cannabis Commission being delayed at many points along the way a medical marijuana law signed in 2014. There doesn’t seem to be a lot of support in the state legislature either, with a bill around legalization dying in committee. This being said, if the stars align and both the Commission and the legislature organize themselves better; there will be a good shot of legalization in Maryland down the line, possibly in 2020.