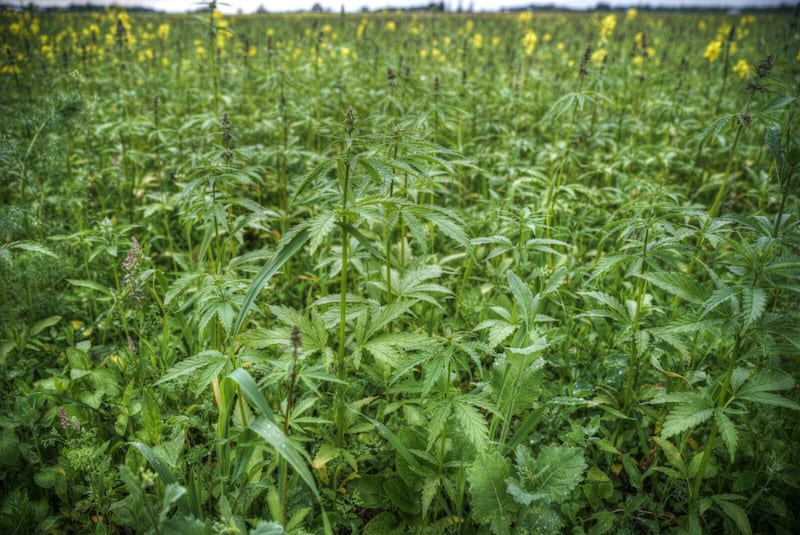 In good news on the European front, Luxembourg and Switzerland plan to legalize cannabis sooner rather than later. Luxembourg plans to develop regulations for its proposed recreational cannabis market. Switzerland is launching a cannabis pilot program to test cannabis effects on its residents over the next five years.

Luxembourg May Be First European Country to Legalize Cannabis

Luxembourg lawmakers recently announced that they are still considering a plan to legalize recreational cannabis. In 2018, the government announced plans to move forward with cannabis reform, but its plans were stalled a year later due to the coronavirus pandemic.

Initially, the government was expected to launch the legal cannabis market by the end of 2021. Due to the pandemic, the efforts were sidelined for over a year. Recently, however, the country's Health Minister announced that the “file is continuing its course.”

In late May of this year, the chamber of deputies debated the legalization of recreational marijuana. Delano reports that work has already been done on the proposal since 2019. Currently six working groups are preparing an interim report that will be presented in the coming months.

Luxembourg would be the first European country to legalize marijuana for recreational use if the regulations are passed. Marijuana possession has been decriminalized in Luxembourg since 2001. In addition, medical cannabis use has seen an increase, especially in 2020 (almost three times more than in 2019).

In the proposal, only residents over 18 years old would be able to buy cannabis from the proposed 14 retail outlets supplied by two domestic producers who would grow on a single production site. In addition, residents would only be able to buy up to 30 grams per month and home cultivation would be prohibited.

Other proposed regulations include:

Christian Social People’s Party (CSV) deputy Claude Wiseler expressed concern in an increase in cannabis tourism if cannabis were legalized. The proposal would restrict tourists from buying cannabis to prevent a rise and marijuana tourism like in Amsterdam.

In a country with about 200,000 commuters from outside the country, enforcing the residents-only retail market would be difficult.  Luxembourg residents would be able to supply visitors with cannabis, which would be hard to enforce. In addition, EU states do not have border checks between countries.

In a historic move, the Health Commission of Switzerland’s National Council voted to legalize recreational cannabis use for adults. Under the proposal, Switzerland launched a pilot program on May 15, 2021, to offer “a scientific basis for the future regulation of cannabis.” The program will run until May 2031 at the latest.

Approved last September, the pilot program was expanded to provide legal access to cannabis for about 5,000 registered study participants per municipality who already consume cannabis.

Under the program, participants will receive organically-produced cannabis with THC levels up to 20% and packaged in child-resistant packaging with safety warnings and cannabinoid contents on the label. Products will not contain more than 10 mg of THC per serving.

Currently, cannabis cultivation, sale, and use are illegal. Switzerland decriminalized minor cannabis possession in 2012. In 2011, cannabis containing under 1% THC became legal for production and sale.

Possession of under 10 grams of cannabis is punishable with a fine of 100 Swiss francs and no criminal prosecution. Despite the marijuana prohibition, cannabis use in Switzerland is relatively high. Some reports estimate that about 500,000 Swiss residents regularly consume cannabis (about 6% of the 8 million residents).

What to Expect in Europe’s Developing Cannabis Industry

2020 was a big year for cannabis around the world. In November 2020, the European Court of Justice ruled that CBD is not considered a narcotic drug under EU law. Shortly after, the UN removed cannabis from its Schedule IV status of the Single Convention on Narcotics Drugs and recognized its medical potential.

Based on Prohibition Partners’ latest European Cannabis Report (6th Edition), the leading market intelligence firm estimates that Europe added 60,000 medical cannabis patients in 2020 for a total of 185,000 patients for the year.

In 2020, the European cannabis market was estimated to bring in 230.7 million euros. Prohibition Partners expect the value to reach 3.2 billion euros in 2025.

Based on the intelligence firm’s estimates, the biggest market growth is expected from the following European countries (in addition to Switzerland):

While far from the ideal scenario, we live in exciting times, witnessing an industry blossoming before our eyes and shedding its prohibitive stigma.

Enroll in CTU’s online cannabis college to learn all about the plant’s cultivation, laws, extraction, cooking, medicinal use, business requirements, and much more.