Marijuana legalization has more support across party lines, races, and genders than ever before. In October 2021, cannabis advocates kicked off the signature-gathering season to get medical and adult-use cannabis proposals on the 2022 ballot. Here is this month’s marijuana legalization update for October.

Nebraskans for Medical Marijuana advocates have started the signature gathering process to get their medical cannabis legalization proposal on the November 2022 ballot. The group gathered enough signatures for the 2020 ballot, but language in the initiative was challenged on a technicality.

Medical marijuana advocates in the state plan to focus on two petitions, one to protect medical cannabis patients and the other to create a regulatory system for medical marijuana sales. The group has until July 2022 to collect 250,000 signatures.

Under the proposal, adults would be able to possess up to 8 ounces of cannabis and grow up to 12 plants. Advocates have 90 days to collect 178,000 signatures for each petition.

State regulators in Rhode Island issued five new compassion center licenses on October 29, 2021, through a lottery drawing of 23 applicants. Dispensary licenses were awarded for each of the state’s five geographic zones, including:

A separate lottery to issue another dispensary license will be conducted at a date to be determined.

Delta-8 THC is an isomer of delta-9 THC, the main compound in cannabis that produces its signature high. Delta-8 THC can be mildly intoxicating and made from hemp. The USDA has released warnings about the possible health issues from consuming byproducts of delta-8 THC.

While many states have passed regulations to ban delta-8 THC, the Louisiana Department of Health recently released an email stating that license applications are open for businesses to create cannabinoid-infused foods, including those containing CBD and delta-8 THC.

In July, the state’s medical cannabis program went into effect. An interim rules committee finalized a few rules for the program, including the prohibition of medical marijuana advertising in the state, at least until federal marijuana legalization.

Lawmakers also removed the potency cap on smokable cannabis flower and a restriction that required doctors to determine who is eligible to grow cannabis at home. 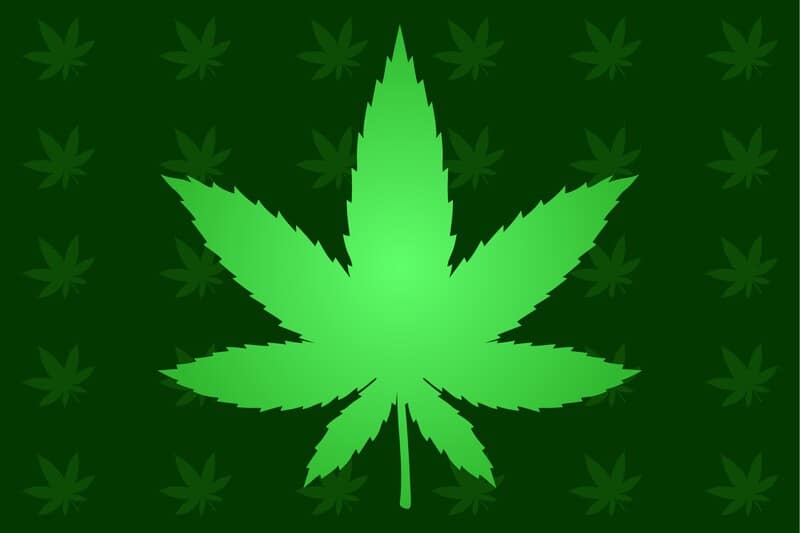 In the November 2020 election, South Dakotans passed adult-use cannabis legislation through Amendment A, but Republican Governor Kristi Noem delayed the program’s launch with a lawsuit. The state Supreme Court has not released an official ruling yet.

Early in the month, the Louisiana Secretary of State approved a marijuana legalization ballot initiative to gather signatures for 2022. South Dakotans for Better Marijuana Laws (SDBML) must collect 17,000 signatures by the November 8, 2021 deadline.

Later in the month, state lawmakers introduced a proposal to legalize recreational cannabis but must go through a round of boards and committees to be signed into law. If the measure does pass, it is likely to get vetoed by the governor, who has vocally opposed legalization.

In 2020, Congress ordered the U.S. Postal Service to ban the distribution of cannabis and hemp vape products. The agency issued its final ruling restricting the mailing of e-cigarettes, including THC and hemp-derived products.

Adults can send these products if they are not for sale but can only make 10 shipments in a 30-day period. Hemp and CBD-infused products that are not found in electronic delivery systems can be mailed if they contain under 0.3% THC.

In November 2020, Arizonans passed a recreational use measure that included a provision to issue licenses to applicants from communities most affected by cannabis prohibition.

Early in the month, regulators released a list of 87 zip codes determined to be eligible for the recreational cannabis permit application. Social equity applicants must have lived in this zip code for at least three of the past five years. Regulators also finalized additional scoring criteria based on cannabis convictions and household income.

Regulators clarified language in its social equity rules restricting a social equity applicant from previously agreeing to sell or transfer the permit to a larger dispensary retailer. The application’s non-refundable fee was lowered from $5,000 to $4,000.

The state plans to accept social equity applications during the first couple of weeks of December and issue them early in 2022 in a random drawing.

New Jersey has issued 14 new cannabis licenses, expanding its medical cannabis program. After two years of the licensing process, the state is issuing licenses. During this time, 200 applicants applied, but a lawsuit delayed the process for over a year.

The state issued 10 cultivation licenses and 4 manufacturing licenses. All licenses were certified to be minority- or woman-owned. The state currently has 23 dispensaries serving over 117,000 qualifying patients.

The state may release more licenses over the next few weeks since the original plan was to issue 24 new medical cannabis licenses, including 4 vertically integrated licenses, 5 grower licenses, and 15 retail licenses.

A Republican lawmaker in Ohio plans to introduce a proposal to legalize adult-use cannabis, making it the second bill on cannabis legalization to be considered by the Legislature this year.

The drafted bill would allow medical cannabis companies to sell recreational cannabis. Adults would be able to possess up to 5 oz of cannabis and grow up to 6 plants at home.

Subscribe to Cannabis Training University’s marijuana industry blog to stay in the know about the latest developments in recreational and medical marijuana laws. Enroll in CTU’s online cannabis training program to learn how to be a responsible and successful cannabis grower, user, and employee. Enroll today!