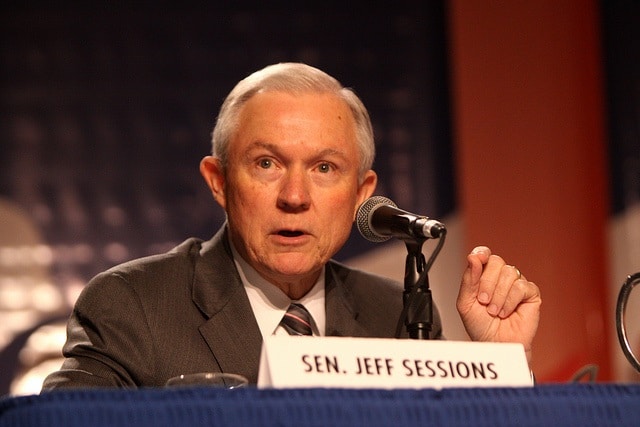 During the ongoing presidential campaign, it was difficult to assume Donald Trump’s position on cannabis. Many advocates were and still are leery about him since they had strong agendas about protecting cannabis despite the candidate who would have won the presidential election. One thing that supporters of marijuana and Trump would tell you is that Trump did say that he would be in support of allowing every state to do their own bidding on all issues. Is that still true now that he has won the presidential election? We still don’t know for sure since he has a candidate like Jeff Sessions in confirmation hearings to become the next U.S. Attorney General. Many skeptics think that it is even less apparent since Trump is associated with controversial people like Rudy Giuliani and Sheldon Adelson.

In fact, Jeff Sessions got picked for Attorney General many in the media thought because of his strict stance on immigration. If he is confirmed, many think that he will do more damage in other areas of the law including the agenda of protecting cannabis and the marijuana industry. It is a fear that he will rule the Justice Department with an iron hand, giving federal law enforcement instructions to go after the cannabis industry fiercely.

Yes, he may focus on immigration as is being noted by the recent executive orders carried out by his boss, Donald Trump. But, it is possible that the cannabis industry is next in line, if this guy does get confirmed. In case you are not aware why you should be concerned, Jeff Session is on record of saying that ‘good people do not smoke weed.’ Where does this man live – under a rock? He probably does not want to read the many research and evidence that medical marijuana is worth taking a second look at.

The appointment and confirmation of Jeff Sessions poses grave concern for many advocates with the objective of protecting cannabis. In fact, Jeff Session threatens the legal marijuana programs in all states. While, this is still an ongoing debate, there is fear in the cannabis industry that things will go back to the way it was before marijuana legalization. Will Sessions allow states to maintain their legal marijuana programs or will he try to dismantle them? We do not yet know the answer to this question. There has to be hope instead of despair, but the way that Donald Trumps’ presidency is going so far, there is cause for concern. Sessions may want to please his erratic boss by being erratic himself as it relates to protecting cannabis.

Let’s remember that more states have moved toward incorporating their own medical cannabis programs since the 2016 Presidential election as more legislation was passed. According to the most current statistics, sixty percent of people in America have supported full marijuana legalization, especially for medical cannabis. The bipartisan support of cannabis cannot go unnoticed and Jeff Sessions should jump on the bandwagon, not making this political as cannabis opponents would like. Is it possible that the Trump Administration will ignore the bipartisan support? We may have to wait and see.

If you are concerned about Jeff Sessions and his views on protecting or not protecting cannabis, visit the Cannabis Training University to learn more about marijuana legalization and the rights of citizens.