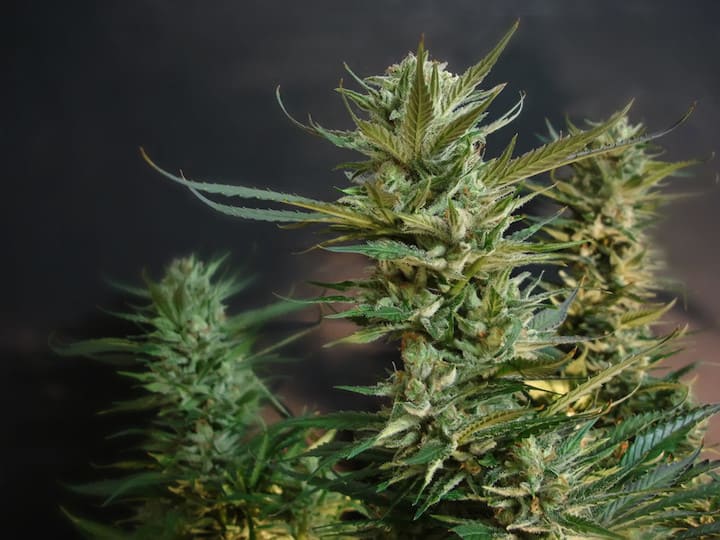 Landraces, like the indica discussed in this Afghani strain review, are the backbone of the whole cannabis industry. All cannabis strains can be traced back to landraces and Afghani, also known as Afghan, is one of the reputable landraces known to man.

Let’s see what this landrace cannabis strain has to offer itself and what it has contributed to the world of marijuana!

Afghani is a naturally occurring landrace of cannabis that grows in the Hindu Kush mountain range in the Middle East. This geographic region is credited for some of the earliest cultivated cannabis plants known to man.

Afghan is as pure of an indica as it gets. The indica dominance is somewhere around 95-100% indica with very little sativa influence at all. This is rare among modern cannabis strains that are hybrids resulting from generations of cross-breeding landraces and other hybrids.

This landrace strain is also known as Afghan Kush and has spawned hundreds of child strains. Some of the most popular derivatives of Afghani include:

This is nowhere near the number of strains that Afghani has helped bring into the modern cannabis industry. If you also count the child-strains of those strains initially spawned from Afghani, you are counting thousands of weed strains that have the Afghan Kush influence running through their DNA.

Prospective growers will be happy to know that Afghan is available in the form of feminized seeds from multiple online seed banks. That means you can grow your crop of this classic landrace for yourself and experience the makings of a huge percentage of the new-age cannabis scene.

New strains are awesome but without an appreciation for these classic landrace strains, your knowledge isn’t complete!

While native to the Hindu Kush mountain range in the Middle East, this strain does well in indoor and outdoor growing operations under a range of conditions. It prefers warm and sunny environments, but it will thrive elsewhere with its strong genetics after hundreds or thousands of years of selective breeding on its own.

After all this natural selection, this cannabis strain is easy to grow and is resistant to most common diseases and pests. This makes Afghani an awesome candidate for beginner growers!

This pure indica will produce around 1.5 ounces of bud per square foot of plant when grown indoors. Outdoor growers can expect around 21 ounces of bud on each plant if it is allowed to grow to its full potential.

Afghan Kush takes around 7-8 weeks to fully mature in the flowering stage. This means outdoor growers should be harvesting in late-September or early-October, depending on the growing conditions, climate, and daily light exposure.

This cannabis strain is known for its heavy production of resin. This trait is so-sought after that many child-strains were bred to include the resin production that Afghani produces.

Afghani buds are pale green with deep orange hairs covering the colas. The trichomes appear as a thick glistening carpet that gives the optical illusion of teal-colored cannabis.

This cannabis strain clocks in around 16-20% THC. While this isn’t particularly potent when compared to the dankenstein hybrid cannabis strains of today’s industry, the potency for a landrace is quite impressive.

Being a pure indica, it’s easy to predict that the experience delivers full-body physical relaxation that indicas have garnered a reputation for. The body-high can be quite sedating as your mind drifts off into blissful euphoria.

This is not a wake-and-bake strain unless you plan to go right back to sleep on a lazy weekend morning. Reserve Afghani for evening use and enjoy any accumulated stress melting away as you drift out to restful sleep for the night!

Unlike the designer strains that flood the market nowadays, Afghan boasts an aroma and flavor that is deeply rooted in the essences of sweet earth and herbal spice. The flavor is known to be quite rough when compared to hybrid strains that are popular today.

Regardless of the harshness of this natural landrace, the effects are so enjoyable that a coughing-fit after heavy consumption might just be worth it!

Afghani is rich in Myrcene, Limonene, and Pinene.

Myrcene is a relaxing terpene that acts as an anti-oxidant and may help treat insomnia, pain, and inflammation. It dominates strains like Blue Dream and GDP.

Limonene may be useful to treat anxiety, stress, inflammation, pain, and cancer and the side effects of treatments. It dominates strains like Strawberry Banana and Do-Si-Dos.

Pinene is the most abundant terpene of the natural world and is believed to treat pain, inflammation, anxiety, and cancer and its treatment side effects. It dominates strains like Big Smooth and Critical Mass.

The indica effects of Afghani make it a clear choice for medicinal use for many conditions. Here are a few that can be improved when consuming Afghani:

Any medical condition that doesn’t require a large dose of CBD or a productive energy boost will do well with Afghan Kush. Just don’t medicate early in the day if you still have a busy schedule ahead because you’ll probably make an afternoon nap a priority!

Whether you want to try Afghani itself or some of the countless marijuana strains that have been spawned from the Afghan heritage, you are now armed with the information you need to make informed decisions. Using information like this can help you land a career, such as Budtending.

If you love learning about different cannabis strains, their effects, and the best ways to utilize each strain, then a Budtender career may be a good choice. Check out our professional training program to put you ahead of the rest of the applicants!