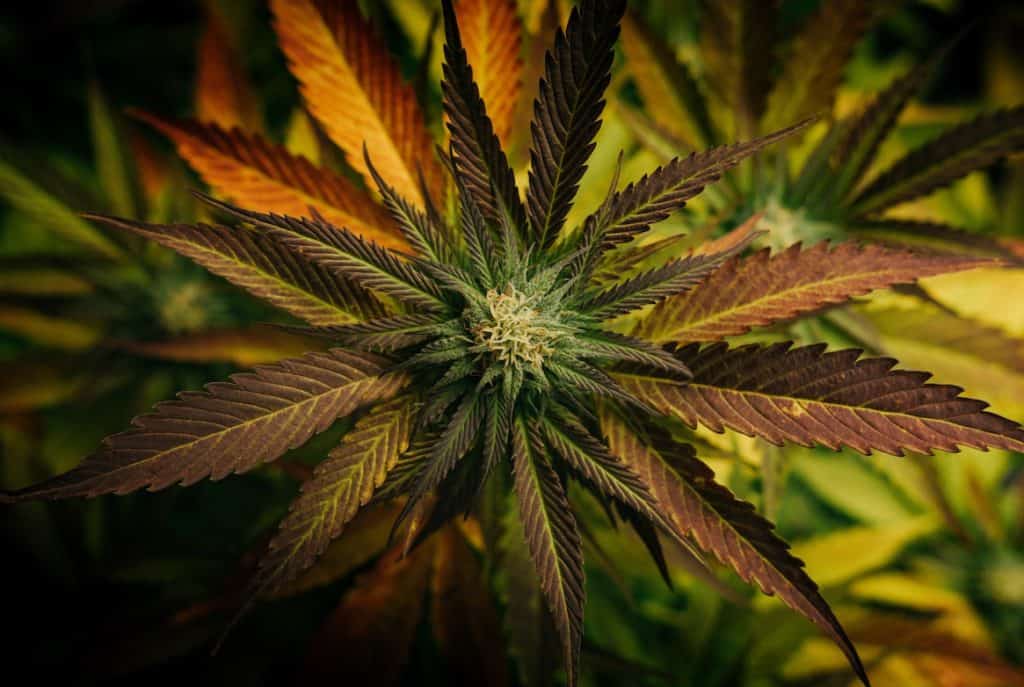 Aside from the wartime name given to this cannabis strain, there are some unique properties to learn about in this Agent Orange strain review.

With the cannabis industry remaining underground for decades before widespread decriminalization and legalization, genetic lineages for less common marijuana strains are a bit convoluted.

This is exactly the fate of Agent Orange, as there are two popular genetic crosses said to make this potent ganja. Let’s learn more about it now!

As mentioned, there are two separate lineages promoted as the genetic pairings for the creation of Agent Orange strain:

The lack of transparency with the orange-based cannabis strain can create variances within the marijuana strain.

The typical genetic properties of Agent Orange are that of a hybrid, leaning about 70-75% sativa. The marijuana strain lives up to its genetic background with energizing effects promoted after consumption.

This strain has fantastic genetics for growers as well, whether they be indoors or outdoors. It produces very large plants and heavy yields full of decadent orange hairs and a pungent citrus aroma.

Agent Orange has been used as a parent cannabis strain to create a few other popular marijuana strains as well, including Orange Diesel and Orange Zkittlez.

Orange Diesel or Orange D is a cross of Agent Orange and Sour Diesel strains. While Agent Orange creates a strong energizing effect, it tends to cause a scatterbrain effect along with it. This cross with Sour Diesel is much better for energy and focus, making it a great candidate for those who have ADHD and similar conditions.

Orange Zkittlez, or OZ, is a cross of Agent Orange and Zkittlez and is much rarer. It’s touted for its uplifting, but sometimes spacey effects.

Agent Orange can be a heavy producer, with outdoor plants growing upwards of 10 feet tall in the right conditions. It can also thrive in indoor grows, with topping being utilized to create thick bushy plants.

It’s not uncommon to harvest 3-6 ounces of bud per square foot of plant.

The strain will produce lush green buds that can include maroon and purple accents with its telltale orange hairs, creating a beautiful looking bud. Beyond that, the terpene profile creates a rich flavor and aroma, which we’ll discuss below.

Flowering time for Agent Orange cannabis is typically around 60 days. To ensure that you reach the optimal levels of THC, growers should examine the trichome color variation:

One thing to note with this cannabis strain is that it is mostly a head high. However, for those looking for more of a 50/50 style indica-sativa hybrid that works its wonders on your body and mind, letting the trichomes mature more towards amber may be a better idea.

This strain is already very potent with THC content, so a slight decrease may be worth it for a more balanced high. Not to mention the amber-colored trichomes against the bright orange hairs look even more amazing!

The standard THC percentage for Agent Orange weed is between 15-25%. While this range may not sound out of this world, it is important to note that this strain doesn’t produce great effects for pain relief or much of a body high at all.

This is indicative of a lower percentage of CBD and other cannabinoids that can lower the psychoactive effects of THC.

This low percentage of CBD and other cannabinoids and moderate-to-high levels of THC may promote the spacey effect commonly seen with Agent Orange.

At times, this ganja strain is known to produce a trippy high, unlike many other cannabis strains. This leads to being a good choice for recreational use day and night, but not much of a medicinal marijuana strain.

While many cannabis consumers are worried more about cannabinoid content than the flavor and aroma, Agent Orange has such pungent aroma and depth of flavor, it has to be discussed.

Living up to its name, Agent Orange smells just like fresh-cut citrus. It’s so intense that it almost smells like a citrus-based cleaner!

The flavor is still heavy on the notes of citrus. It also has a spicey undertone making the flavor akin to citrus fruits seasoned with cloves.

The terpene profile of Agent Orange is rich in Myrcene, Terpinolene, and Pinene. It may be surprising to find out that Limonene isn’t a major player for that citrusy aroma and flavor, but the combination of these 3 main terpenes creates a sweet orange scent like no other!

Agent Orange isn’t a typical name thrown around when looking at strains for medical cannabis.

It isn’t great for pain relief but can relieve minor pains and aches on occasion.

It’s best suited for those who need an uplifting high and more energy. Those with depression and fatigue are good candidates for using Agent Orange for medicinal purposes.

It can also be a good choice for those under chronic stress. Chronic stress is predictive of future sickness and disease, so using Agent Orange to unwind is good prophylactic medicine.

Agent Orange isn’t the most popular strain in the recreational or medicinal marijuana industries. However, it is locally popular in areas like the Pacific Northwest, Michigan, and Canada. Chances are, you can find a local dispensary that sells its’ cannabis products.

You can also find this strains genetics from reputable seed banks and nurseries selling clones.

Eager to learn more about the best cannabis strains in the industry? Cannabis Training University has plenty of free information here on our blog and professional training services for those interested in taking the next step in the cannabis industry!