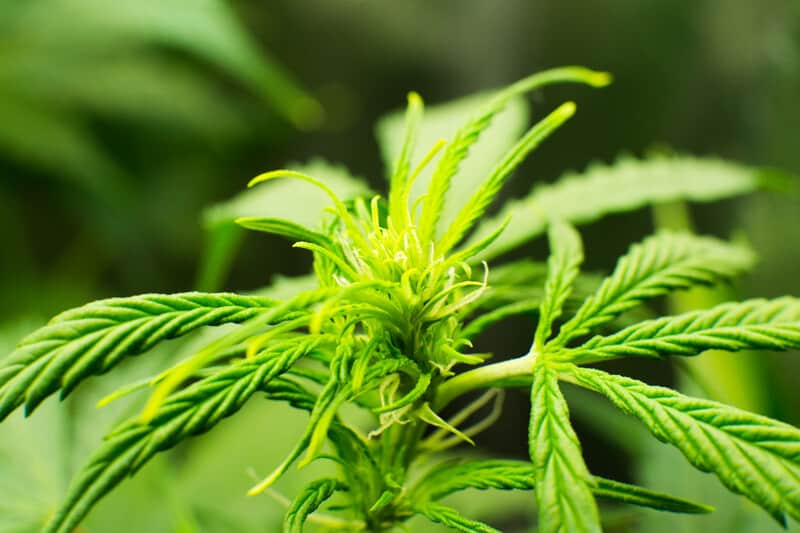 The Banana Jack strain review is going to cover a strain that you should try as soon as you get the opportunity.

Banana Jack comes in a variety of potencies which depend on which company grew the strain. Some will be great for beginners while others have their THC content pushing 30 percent which can be too much for even seasoned marijuana consumers.

Banana Jack is a 50/50 hybrid of Banana Kush and the legendary Jack Herer.

Banana Kush is going to have one of the best tastes in all of cannabis and is quite potent to boot. Avoid using this strain in the morning as it can put you right to sleep due to its Indica heritage. Try this strain after a long day where the rest of your schedule is cleared for an enjoyable time.

Jack Herer is one of the most famous strains in all of North America. This is a strain that you can consume before taking on your agenda for the day. The energy that it gives a consumer has made it extremely popular even though the high is not overwhelming.

Finding your own Banana Jack seeds can be difficult although parent strains are very prevalent. Seed banks are going to differ in quality as some have bred their seeds for years to get the perfect plants. The last thing a grower wants is to grow a crop perfectly only to be limited by the seeds they started out with.

Growing your own cannabis can be immensely challenging if you do not have experience. There are guides online with conflicting information which can make it difficult for an amateur grower to figure out which is correct. So many factors impact the health of a grow that need to be managed closely.

Yield will be impacted by the environment that you are growing in. Indoor grows usually yield less unless using autoflowering seeds due to no restriction on growth when compared to indoors. Take the time to make sure that you are supplementing your plants correctly without being in danger of giving too many nutrients.

Banana Jack has a flowering period of 7 to 8 weeks.

The appearance of this strain doesn’t leave anything to be desired. Expect dense nugs with orange hairs protruding. The trichomes are obvious in this strain as they give a nice shiny coat to each bud.

The THC percentage of Banana Jack is usually around 16 to 20 percent. Pacific Reserve has a grow of Banana Jack that hovers around 31 percent. Either way, this strain should be reserved for those that are experienced with stronger strains. Always look at the flower you have purchased to check the lab-tested THC levels along with the other cannabinoids.

Writers might love Banana Jack as it gives their bodies a sense of relaxation while keeping their minds relatively clear. Expect to feel an uplifted sense of self while simultaneously allowing the sedation to creep in.

Some of the less desirable effects might include headache, dizziness, and slurred speech. Consumption in moderation is the best way to avoid these negative effects.

Flavor and Aroma Of The Banana Jack Strain

Expect a sweet aroma with a mixture of banana, pineapple, and pine. The taste is similar to the aroma so it does not disappoint in the slightest.

The terpenes that make up the profile of Banana Jack include Myrcene, Nerolidol, Sabinene, and Terpinolene.

Myrcene has an earthy taste and is said to help relax the muscle and promote sleep. A strain that is also high in this terpene includes Wedding Crasher.

Nerolidol has a flowery and citrus scent. The terpene is well-known for its sedative properties.

Sabinene has a peppery taste and has been known to combat inflammation. This terpene has relatively low levels in most cannabis strains.

Terpinolene has an earthy taste with a hint of fruit like that of an apple. This helps induce calmness and a strain high in this terpene is Slurricane.

Medical Conditions That This Marijuana Strain Can Help

Cannabis has a plethora of medical benefits when supplemented correctly. The cannabis can be turned into oil and eaten or smoked in a variety of ways. Banana Jack can help address the following medical conditions:

The CBD content is relatively low in this strain but it still has medical benefits as you can see. Adding CBD to a bowl can impact the taste but can help do things like relieve pain and anxiety. Cannabinoid receptors are present in the body and they help regulate various systems.

Banana Jack is going to deliver that relaxation that you need after a long day personally or professionally. This is definitely the strain that you need to invest in if you struggle with managing your stress. The fact that it is delicious and potent make this a perfect investment for any cannabis enthusiast.

Finding Banana Jack seeds will have to be done very proficiently. There are not many places online where they are available. Putting in a call to local dispensaries for seeds can allow you to find that needle in a haystack when it comes to these seeds.

Growing the best marijuana of your life is going to take the guidance of a professional grower that has managed commercial and personal grows. CTU has a faculty full of professionals that have put together an extensive online medical marijuana growing course.