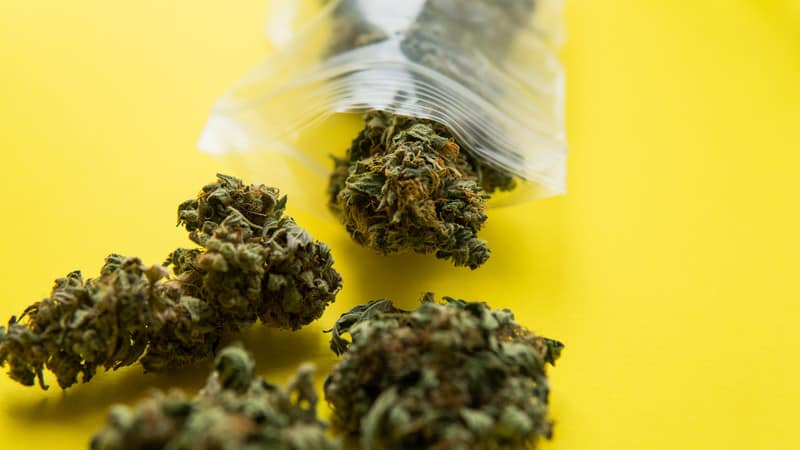 This Billy Kimber strain review may sound like it was made for the show Peaky Blinders, but this marijuana strain has earned a reputation on its own!

In the world of cannabis, there are weed strains that you can find in almost every local dispensary and then there are rare genetic lineages that have such proprietary protection placed on them that you can only find them in certain areas.

With cannabis strains, you typically see clear-cut genetic lineages with parent strains that pass down traits to the child strain. Or, you see phenotypes of established strains.

While this sounds confusing, all it really means is that a good phenotype of a cannabis strain produces the most beneficial traits of a known strain better than other plants.

Each plant of a strain would have the same genotype but may be a different phenotype. We’ve all seen two of the same strain plants grown in the same area that produce different bud in the end.

OG Kush has been used to parent some of the most popular cannabis strains today, including Girl Scout Cookies and Headband. There are also other well-known phenotypes of OG Kush, like Tahoe OG and Ghost OG.

Billy Kimber is an ultra-rare phenotype of OG Kush. Garrison Lane and Gas House are the only well-known cultivars of this special cannabis, and finding seeds or clones to grow on your own is next to impossible.

It’s actually hard to find Billy Kimber cannabis outside of California and Colorado at the moment!

Billy Kimber is an indica-dominant hybrid that lives up to that expectation: relaxing highs that can put you to sleep. The calming effects of this cannabis may have led to the name Billy Kimber since the character’s calm demeanor was well-established.

It’s almost impossible to even talk about the yield of Billy Kimber since not many people have the ability to grow it.

It is known to only grow indoors to preserve the optimal growing conditions to create the quality control required for such a reputable cannabis strain.

Just like other indicas, it most likely grows low to the ground and does well with topping to create more light exposure to lower buds and more lateral spread for each plant.

This pot strain yields neon green buds with hints of yellow that are covered in amber-colored trichomes. You can tell by the look that it is potent!

Another unknown with this secretive cannabis strain, it’s probably similar to the traditional OG Kush. Flowering time can be slightly altered with indoor growing due to climate control and varied light exposure.

The OG Kush flowering time is typically around 7-9 weeks, which is likely for Billy Kimber OG as well.

While there are more and more strains coming out that are higher in CBD and other cannabinoids aiming more towards the medicinal market, Billy Kimber OG is for the true THC-heads.

It is heavy in THC and low in CBD, making it perfect for the psychoactive experience some cannabis users crave. How potent is it?

Even the most seasoned ganja connoisseurs will need to take it slow with this weed. What you normally smoke on other cannabis strains is probably too much with Billy Kimber. Oh well, you’ll just go to sleep and rest peacefully for hours!

With a similar terpene profile to the original OG Kush, it is rich in Myrcene, Caryophyllene, and Limonene. It is lower in Limonene than regular OG Kush, which may promote less citrus flavor and aroma.

Billy Kimber has won awards for best indica and best pre-roll over the years, due to the effects and the essence.

It is known for an earthy aroma and flavor, along with hints of diesel and pine, just like other potent Kush strains.

It’s not going to be popular with those who like a sweeter, more fruity experience.

CBD has been the topic of discussion in the medical community for medicinal benefits. For that reason, cannabis strains high in CBD and lower in THC are touted as the best medicines. But, THC can have medicinal benefits as well.

You’ll experience a relaxed high that may induce couch-lock making it great to reduce stress and help with a  good night’s sleep.

You won’t be running any races or increasing focus levels with this cannabis strain. It’s strictly for the wind-down!

As mentioned, Billy Kimber OG is rare and hard to find in most markets. As it becomes more popular with more demand, current growers may expand operations or allow other growers to possess these secretive genetics.

For now, it’s usually found in California and Colorado. If you are traveling to these areas any time soon, you should partake in some of the best local bud they have to offer!

CTU has you covered with the best cannabis dispensaries all over the country. You’ll find the best spots in town all over the place on our blog and learn the hot spots for Billy Kimber OG. Or, you can find other strain reviews from CTU with more common, ultra-high THC marijuana strains!