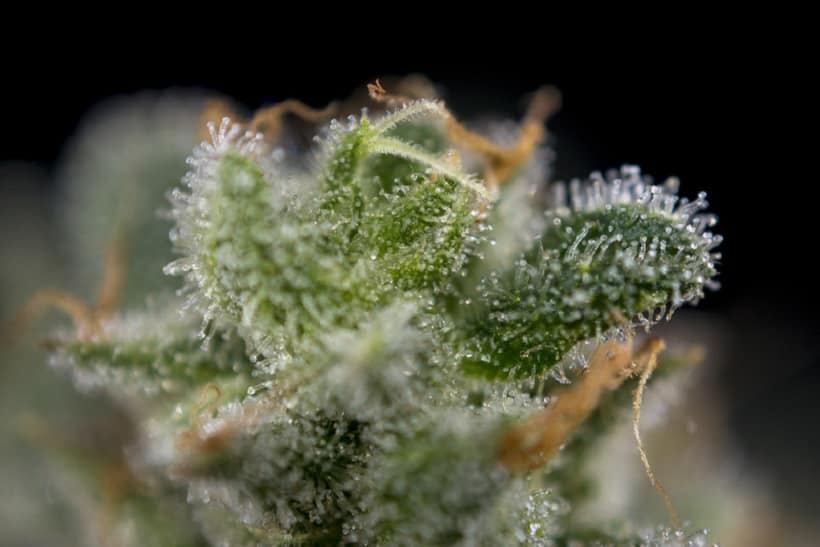 If you have never heard about the Cherry OG Strain, you are about too. It is an original blend of weed, flavored like cherry and is a hybrid strain, but with an aroma like the Diesel strain. People who love this strain think that it offers the body and mind some balance when you are trying to get high. It is not overwhelming or overpowering when smoked. It is half indica and half sativa. This gives a combined effect since both forms of marijuana strains (sativa and indica) offer their own impact. Sativa will give you a euphoric high that you will feel in the brain and allows you to be more creative, according to some recreational cannabis smokers. Indica, on the other hand, alleviates pain and makes you want to rest on a sofa, for example. And so with the Cherry OG marijuana strain, you get both.

This bud is noticeable darker and smaller in comparison to most other marijuana strains. It has a reddish color, which is quite visible. And it would remind you of cherries, which could be the reason for its name Cherry OG marijuana strain. It is related to cannabis strains like the Afghani, Cherry Thaie and Lost Coast OG. Now, let us look more into this to find out more of what is offered, but first let's look at its history.

The Cherry OG marijuana strain has its origin from the combined breeding of Lost Coast OG and Cherry Thai. Originally, it was created by Emerald Triangle. To increase its yield and its density, the Cherry OG was crossbred with an indica strain from Afghanistan. After its yield and the offspring that came as a result, Cherry OG made its introduction to the Lost Coast OG strain that has 60/40 combination indica dominance.

Most master marijuana growers love the Cherry OG strain due to its high yield and major harvest in comparison to other strains. It can be grown outdoors and indoors and still produce a high yield. The flowering time is up to ten weeks where the plant will be lanky and tall. While growing, the plant does well with frequent doses of calcium, nitrogen and magnesium. The THC content varies from one level to the next, usually from 19% to 22%. If it is the first time consuming Cherry OG, do so with caution because it can give you an intense high. It has an earthy and sweet flavor, slightly sour and with diesel smell and fruity tones. It is good for rolling a blunt or joint.  You can enjoy the Cherry OG marijuana strain in different ways because of its amazing blend and flavor.

Cherry OG is good for both medical and recreational consumption. When you are using it recreationally, it sometimes give you more energy and an euphoric feeling in comparison to other times where you might feel more relaxed and laid back. If you want to have both feelings, then this is the strain for you! If you are going to use it as a medicine, you will benefit from its relief from stress, insomnia and pain.  So, in other words, recreationally and medically, all at once, you will feel locked down with a relaxing feelings and pain free. It can save you from a stressful and anxious day.  The euphoric feeling is good for those who have issues with depression.

If you have issues with insomnia, the Cherry OG marijuana strain is your best bet since it relaxes you in more ways than one. To learn more about this and other marijuana strains, visit the Cannabis Training University.