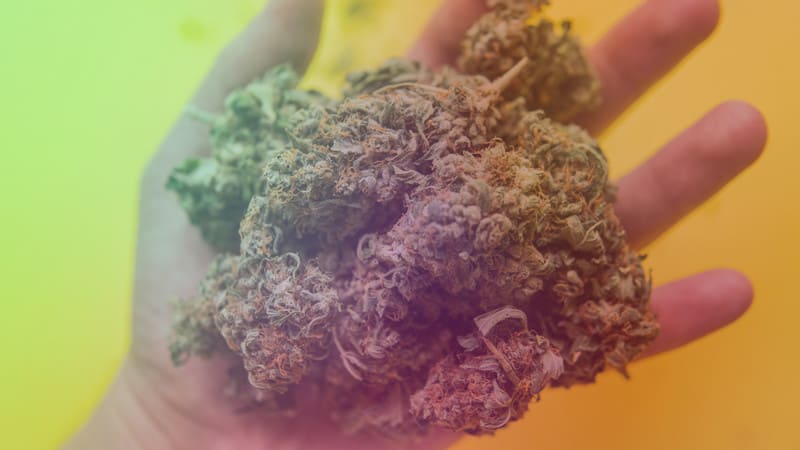 The cannabis industry isn’t as regulated as the food industry. So, when you look for apples at the store, you can pick from Pink Lady, Honeycrisp, Golden Delicious, etc. But, with apples and most other food, there is a finite amount of types or strains. Is the same true of cannabis?

The Answer To An Impossible Question

There are specific genotypes and phenotypes of strains and successive generations display different traits, that can be passed on through additional breeding.

The lack of standardization on cannabis breeding for decades has led to an explosion of new strains. There is no official database of cannabis strains, and there probably won’t be one soon.

Early strains of cannabis were named by underground breeders and their lineages are hardly kept scientifically. Many strains may be named differently but be the same genetically.

In short, how many strains of marijuana are there is an impossible question to answer.

As mentioned, cannabis existed as a natively growing plant in many regions. Many of these landraces were used to breed new-age strains. Some of the commonly used landraces include Afghani, Thai, Colombian, etc.

They are the first generation of cannabis to be used to breed all of the strains that we know and love today.

One could make an argument that there are only variations of these landraces present now and that they are the only true strains of cannabis and all the ones created from them are just hybrids.

Regardless, cannabis has 3 different species in which the landraces and all new-age strains are a part of. Keep in mind that many strains are hybrids of sativa, indica, and ruderalis instead of a purebred species.

Indica plants were first discovered in the Indian region. The plants were short and stocky with dense buds. They were also more psychoactive than the sativa plants that people knew of at the time being.

Nowadays, indicas keep the short stature and potent buds and are used to breed these traits into sativas to create hybrids, which are more common than any pure indica strains or sativa strains itself.

Sativa plants are tall and feature sparse vegetation. The potency was far less than that of the indica variety, and they were more closely related to a pure hemp plant.

Sativa plants are now used to breed in the tall stature and sturdy branches to make hybrids produce more bud and balance out the typically relaxing effects of the classic indicas.

Cannabis ruderalis is much rarer than indica and sativa. They are also known as the autoflower variety. They are very small in size and look like a miniature version of indica. They are typically far less potent in cannabinoids.

Breeders used them today to turn popular cannabis strains into an autoflowering variety. For example, Girl Scout Cookies is a popular hybrid inclusive of indica and sativa traits and has been crossed with a ruderalis plant to create an autoflowering GSC strain!

Strains were bred using different landraces originally. Then, those hybrids were used to back-breed with landraces or other hybrids. The cycle continued for decades and now there are hundreds of varieties of cannabis strains.

Strains feature different levels of cannabinoids and terpenes, two of the major factors of their effects. They also feature different physical characteristics that change the way they grow, flower, and mature.

All of these differences can be equated to a new cannabis strain. Each time a breeder created a cannabis plant with new features, they gave it a new name.

Thousands of names later, we aren’t sure how many of those strains are actually genetically unique or just show different traits through years of linebreeding and other breeding techniques.

A cannabis strain can have many different phenotypes and generational traits of recessive and dominant genes that may make the same genetic lineage look quite different. So, how many of those named strains are different?

Through decades of breeding in secluded regions using different parent-strains, hundreds of varieties spawned. As the marijuana industry grew, breeders were able to cross their genetics with other breeders’ genetics and make even more new strains, phenotypes, and generations.

Confused yet? Don’t worry, nobody knows how many strains of cannabis there are! There could be hundreds less or more than we currently say there are. Many could be the same genetically but have 5 different names and vice versa.

Final Words on How Many Strains of Marijuana Are There

So, we don’t know how many cannabis strains there are. Experts say somewhere around 700 is probable. Online databases have lists of thousands of different strains. Out of all those, how many are the same strain with different names or different phenotypes/generations of the same strain?

This question won’t have an answer any time soon. What can we say for sure? There are hundreds, if not thousands of cannabis strains around the world!