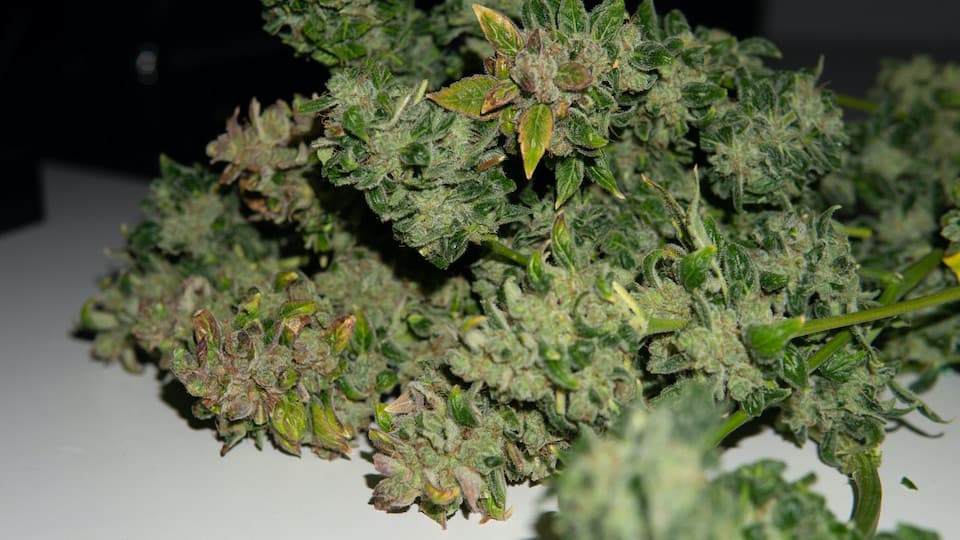 But, what do we know now that could contradict this belief? Let’s learn sativa strain information in this article and get to the bottom of sativa vs. indica.

Sativa and indica are the most common terms to distinguish cannabis strains. The terms come from the history of marijuana discovered around the world.

Sativa strains were used because they produced more biomass than other marijuana varieties, making them obvious choices for hemp and seed production. In contrast, indica was a term used to describe more psychoactive strains that grew smaller, more potent cannabis.

Nowadays, there are very few, if any pure sativa or indica strains on the market. Due to decades of underground genetic mixing to create various strain, we are left with hybrids for the most part.

The only common properties found in sativa weed strains is the way that they grow. They produce tall plants with thinner leaves and have a longer growing and flowering cycle than indica strains.

In terms of actual properties that produce energy and focus, this is typically due to the terpene content. However, energizing terpenes like Ocimene, Terpinolene (when combined with THC), Limone, and Pinene aren’t only found in sativa dominant strains.

Instead, the best sativa strains are typically popular because they provide those terpenes and fall in line with everybody’s belief that sativas give you energy. So, the energetic sativa strains become the popular sativa strains over time.

If you learn sativa genetics, you will find that there aren’t many commonalities between the strains.

THC is known for its psychoactive component, while CBD is known more for its medicinal purposes and promotion of stress and pain relief. Different sativa strains will contain varying amounts of each cannabinoid, which may help guide your choice more than whether or not a strain is indica or sativa.

Terpenes have been studied a lot more than cannabinoids since they are found in virtually all plant life. They are organic, aromatic compounds that give each cannabis strain its flavor.

Some terpenes are known for their energizing effects. Here are the most common that are found in marijuana:

When these terpenes are present in classic sativa strains, they will help promote energy and focus boost. When a user knows the strain is sativa and it helps boost energy, it makes that strain feel like one of the most potent sativa strains that promote the “known” effects of sativa.

Other hybrid sativa strains might not contain these terpenes and won’t promote energy, so they aren’t as popular for those looking for an energy boosts.

If you or someone who looks to you for advice asks for a sativa recommendation, ask them “why sativa?”. Chances are, they want an energizing strain that won’t put them to sleep. Then, you can find a strain that has high levels of energizing terpenes instead of just worrying about whether the strain is sativa dominant, or not!

Sativa vs indica is an actual factor to debate when growing cannabis. There are huge differences in the plants and how they grow between genetics.

Sativa plants will grow tall and lanky. They will produce thinner leaves. Some plants will grow to 12+ feet. Their growing and flowering cycles are longer than indica. This makes them a great choice for those growing in warmer climates that won’t have to worry about frost ruining their crop.

Cannabinoid content and terpene profiles vary widely within sativa genetics, so growers have an array of different strain choices to pick from for their needs.

Not surprisingly, the majority of these cannabis strains are touted for their ability to raise energy levels in users. Most of them are in the middle ground for the potency of THC while Lemon Cake is the most potent and Harlequin is known more for its CBD content

As you can tell from this list, sativa genetics don’t decide the THC levels, exact terpene profiles, or user experience. Instead, it’s just a basis for growing genetics.

What Are Hybrid Cannabis Strains?

Hybrid strains are sativa and indica hybrids that contain genetics from both lineages. While the majority of all strains are hybrid, they may be 90% sativa and 10% indica. Hybrid cannabis strains can be 65/35, or even more balanced.

Again, this is more useful for growers than actual consumer since cannabinoid and terpene profiles aren’t determined by the sativa or indica genetics. Instead, hybrids are created to elicit certain benefits from parent strains to create a new user experience.

Now you know a bit more about what a sativa strain is and why common knowledge isn’t always truthful. However, the most popular sativa strains do happen to raise energy levels. As you learn sativa strains more it can be helpful when deciding which marijuana strain to pick.  It may be a case of “chicken or the egg”. Either way, there are tons of high-quality sativa dominant cannabis strains on the market. Which is your favorite sativa strain?