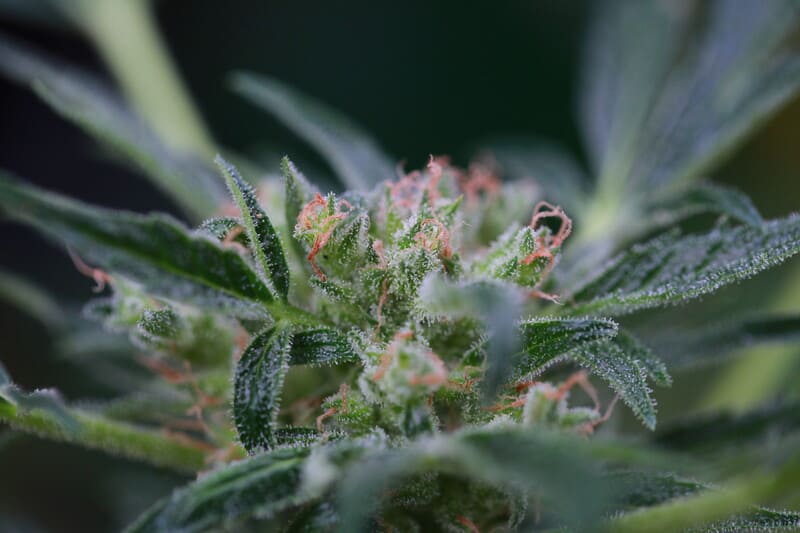 The Mac and Cheese strain is just one in a line of interesting names that weed enthusiasts have happily named their creations. There are so many names in cannabis that will not only give you a chuckle but are perfectly named due to the potency or taste.

Amateur smokers are going to want to take it easy with this strain as it can creep up on you quickly due to its potency.

Mac and Cheese is a balanced hybrid of MAC and Alien Cheese. Beginners should avoid this strain like the plague due to it being so potent. Expect this train to be quite pungent so a grow of this strain might be more easily concealed when growing outdoors.

MAC or Miracle Alien Cookies is not only delicious but extremely potent. The strain has come in at over 25 percent THC which means it should be reserved for those that have quite a tolerance.

Alien Cheese is a hybrid of Alien Rift and Blue Cheese. Expect full Indica effects with this strain and even a sense of sedation. Using this strain to help with insomnia is something that a number of people have found relief in before. You should note that this strain has a THC content of over 20 percent so it would not be considered a weak strain.

The strain yield of Mac and Cheese depends on whether you grow the strain outdoors or indoors. The strain can be grown indoors or outdoors but the yields outdoors in optimal conditions will always be higher. Potency is a different story as details like harvesting at the appropriate time can directly impact the THC content of a strain.

Yields can be impacted by so many factors that can be managed by an experienced grower. Even something as watering the plants too frequently or using too many growing nutrients can stunt the growth of a plant. Less is more with a number of strains of cannabis as the right setup and seed genetics will allow you to have a successful growing season.

The flowering time of the Mac and Cheese strain is 8 to 9 weeks. This is an average flowering phase as some do go longer while others are shorter. The flowering time does impact the overall yield although strains usually have limits in terms of what a single plant can yield.

Most crops are going to be ready at some point in October so plant these at some point during the summer. The flowering period is going to play a huge role in this as planting too late can lead to a far shorter flowering period outdoors. This means you will not get the yield that you would have had you planted the cannabis on time.

THC Level Of The Mac And Cheese Strain

Flavor And Aroma Of Mac And Cheese

The potency along with the flavor and aroma of Mac and Cheese is what makes it so appealing. The flavor is going to be sour, pungent, and skunky. This is a strain that real cannabis enthusiasts will truly love. The aroma is that of diesel and skunk so it matches up with the flavor. The terpene profile is comprised of Caryophyllene, Myrcene, and Pinene.

Caryophyllene has a spicy flavor that has been compared to black pepper. Expect relief from pain as this terpene has anti-inflammatory effects on the consumer. Strains that include this terpene are that of White Buffalo and Rocket Fuel.

Myrcene has a calming effect that can help people that suffer from insomnia and anxiety. There is an earthy flavor with this strain that is a favorite in the cannabis community.

Pinene can help battle stress, anxiety, and moderate forms of depression. The aroma can be that of rosemary and pine. Strains that are high in this terpene include Purple Urkle and Cherry Bomb.

Marijuana has been used for centuries to help address various medical conditions. The beauty of this is that weed is far better than most medications for the issues they address in terms of little to no side effects. Mac and Cheese can help with the following medical conditions:

Finding a strain that not only has massive THC percentages but also a healthy about of CBD is imperative. People don’t just smoke weed to get high, a number of people do this to find relief to improve their quality of life. Learning more about marijuana will only unveil the various conditions this miracle plant can treat.

Final Thoughts On The Mac And Cheese Weed Strain

The Mac and Cheese strain is one that you should not miss out on consuming when you have the chance. You might not leave as satisfied as if you ate mac and cheese but you will be satisfied.

Finding seeds for this strain might present a challenge as it is relatively rare. Finding rare seeds does not make it impossible and can work as a great trading item if you interact with other growers. Growers are always looking for rare seeds as with the tissue culture method you can grow the same genetics time after time.

Learning how to grow incredible marijuana will take a combination of knowledge and experience. Luckily, there are even courses that are offered by Cannabis Training University to help you with all phases of the growing process. Small details like soil mixture or using certain nutrients during various growing phases truly matter.

CTU has a number of master growers ready to help you learn how to grow premium marijuana. Take the time to educate yourself when it comes to growing marijuana as it will be a skill that increases in its demand. Working in the cannabis industry is a career path that you will never regret taking.