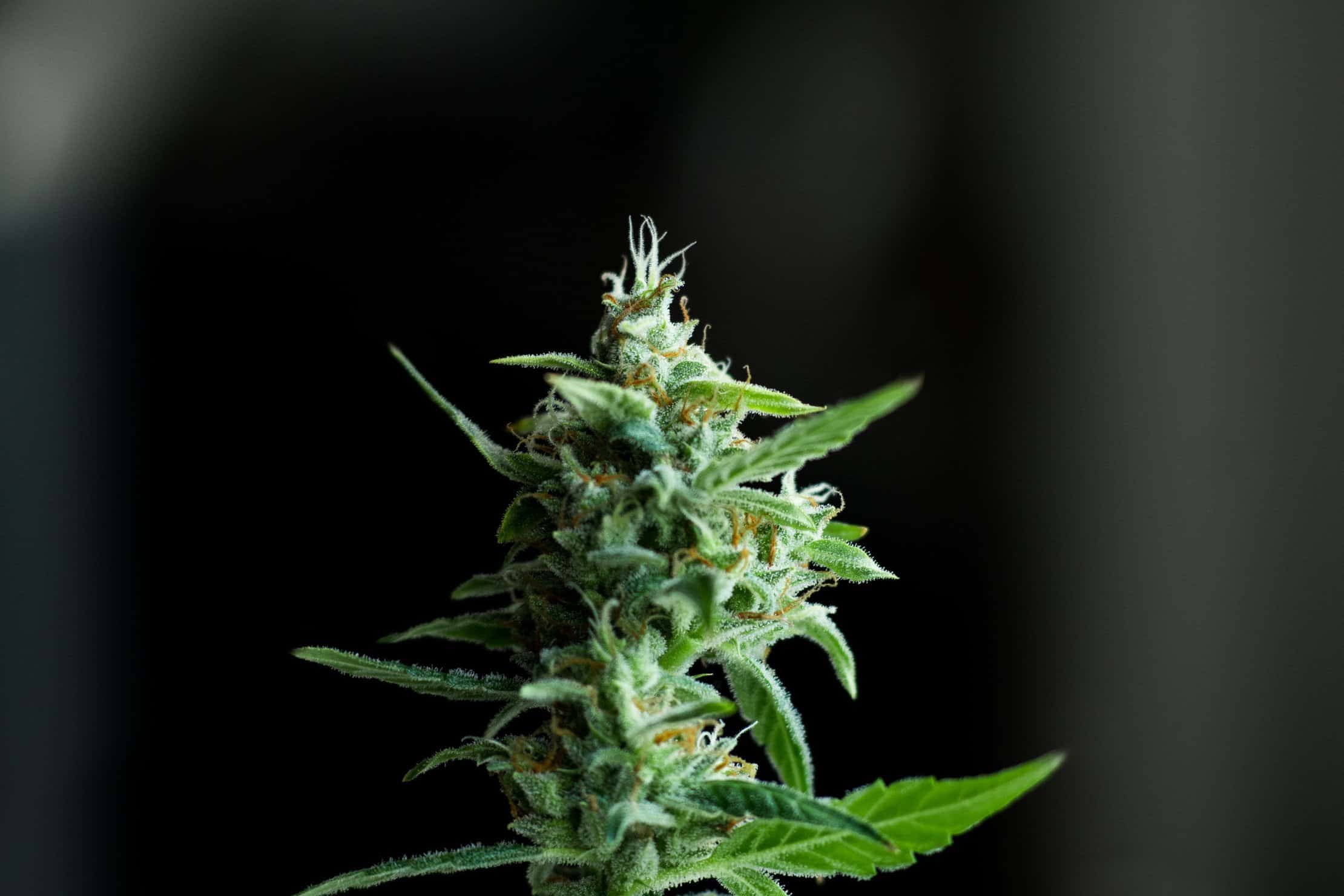 Our Favorite Cannabis Strains for Insomnia

The importance of a good night’s sleep has become increasingly recognized as a vital component of healthy living. The scientific study of how sleep heals the body and prevents a host of health problems—some of them potentially fatal—has been the subject of increasing research over the past two decades. According to a five-year study by the National Sleep Foundation (NSL), nearly 40 million Americans suffer from a wide range of sleep disorders. Most of these problems go undiagnosed, resulting in 40 percent of adults suffering from sleeplessness that interferes with daily activities on a regular basis every month, with 20 percent experiencing problems with sleepiness each week.

The required level of sleep for good health can vary depending on the individual and his or her age. For the average adult, however, a full eight hours of sleep is necessary for top daily performance, with some adults requiring as much as 10 hours. The recommended amounts of sleep for children is even higher, with the required amount of sleep for average pre-teens running as high as nine to 11 hours, and the needs for all teens between the ages of 14 and 17 only slightly less, at eight to 10 hours.

Getting enough sleep helps the body in myriad ways, from blood vessel and heart health to a strong immune system and weight control. Proper sleeping schedules also reduce the risk of stroke and developing diabetes. Adequate sleep reduces inflammation and can even reduce the risk of developing cancer. The benefits to mental well-being also are profound, with proper sleep leading to better memory and creativity—it also reduces depression.

The benefits of sleep to the human body have led to a spike in sleep studies and the recognition of widespread sleep apnea in humans. A surprisingly high percentage of humans now rely on C-pap machines and other devices to get the sleep they require on a daily basis. These devices do wonders for those with sleeping difficulties, providing them with better sleep than they’ve experienced in years. For those with chronic insomnia as well as sleep apnea, however, sometimes a sleeping aid combined with a sleeping device helps them get to sleep—and stay asleep—for the requisite number of hours.

While there are many types of sleeping pills and pharmaceutical medications for aiding sleep patterns, some of these drugs can be addictive, and overuse can even lead to death. Clearly, there are more natural ways to get proper rest, and for many people, cannabis is the answer. Not all strains, however, are well suited for promoting sleep—and some can even have an opposite effect.

To learn more about why cannabis can be so effective as a sleep aid, we need to consider the compounds found in various strains and which ones are the most effective for treating insomnia. The simplistic generalization that indica strains are good for relaxation and sedation and sativa strains are good for promoting cerebral clarity and motivation is only true to a certain extent. With so many strains in circulation these days, there are some indica-dominant strains that behave like sativa, and some sativa-dominant strains with effects that are more similar to a fine indica. Our understanding of cannabis has increased to the point that cannabinoid and terpene profiles are the best way to determine how the human body will react to any given strain. The overall impact of terpenes in cannabis strains today can be amazingly powerful, which has resulted in increased study to fully understand the relationship between various cannabis compounds. The Entourage Effect has received a lot of attention in recent years, as cannabis researchers continue to recognize the various synergies between cannabinoids and terpenes and their combined impact on human endocannabinoid systems.

The Entourage Effect has direct applications for determining which cannabis strains are the best for sleep deprivation and improving sleep patterns in humans. Although many of these strains are indica or indica-dominant, not all indica strains are created equally as sleep aids. Let’s take a look at some of the best ones to consume if a full night’s sleep is the order of the day.

What Cannabinoids and Terpenes Aid Sleep?

Any true cannabis connoisseur loves terpenes. Terpenes are what provides marijuana with its wide variety of aromas and flavors. Whether it’s a dank, earthy indica or rich, fruity sativa, terpenes provide cannabis with seemingly endless variety.

Many cannabis consumers who suffer from insomnia benefit from strains containing Myrcene to get the sleep they require. Myrcene reduces anxiety and stress and promotes restful slumber. Its effects are sedative and relaxing, and also promote a reduction in muscle tension. Myrcene helps the body relax and eases the mind, turning off stressful thoughts that often occur with those who live busy lives. It is known for its earthy, musky aromas.

Another effective terpene for inducing relaxation and sleep is Terpineol. Strains high in Terpineol are known for their heavy “couch lock” effect and extreme relaxation. Along with Myrcene, Terpineol ranks among the very best terpenes to promote sleep. It has the aroma of lilac and also has a fresh, floral sweetness, which makes it a popular addition to aromatherapy and soothing bath products. It is also used extensively in perfume products.

The two major cannabinoids, Tetrahydrocannabinol (THC) and Cannabidiol (CBD) both have potential as sleeping aids. CBD is known as a muscle relaxant, as well as its overall calming effects. Interestingly, aged cannabis also holds promise as medicine for sleep. THC will degrade over time and convert to Cannabinol (CBN), which is known for its sedative properties. Clearly, both of the two best-known cannabinoids, CBD and THC, have applications as sleep aids, with many marijuana strains that are high in CBD and also contain THC being among the very best for helping people drift off to sleep.

The Entourage Effect and the interaction between terpenes and cannabinoids requires a great deal of additional research. No doubt our understanding of the complex relationships between various cannabis compounds will only increase with time and provide clearer understanding of the health benefits they can provide, including applications for better sleep patterns.

There are so many cannabis strains now on the market that listing all of the ones that have great potential as sleep aids would be beyond the scope and space of this article. Some strains, however, are very commonly known on the American market and available for those who desire them. Let’s take a look at some of the more common strains that hold great potential for those with sleeping problems.

One of the iconic strains of the cannabis space, OG Kush arrived on the West Coast cannabis scene in the mid ’90s and has served as a cornerstone for many new strains. It ranks high for its amazing terpenes, with earthy, woody, sweet pine flavors.

Another iconic cornerstone strain, sativa-dominant Skunk #1 has had widespread use in the creation of many classic strains. The American version differs in terpenes from what is found in Amsterdam and has aromas and flavors that include earthy notes with a pungent skunkiness.

This classic hard-hitting indica will put consumers in a blissful state of relaxation. It has great potential for those suffering from insomnia. The sedative effects provide an easy transition from a stressful day to a calming state of consciousness. The earthy and spicy sweetness have made Northern Lights a favorite among cannabis connoisseurs.

The strain that started the entire “white family” of strains, White Widow is a balanced hybrid with an effect that begins as a euphoric cerebral rush followed by relaxing full-body buzz. The terpenes are that of a classic strain to induce sleepiness: rich woody, earthy, and floral qualities.

High in CBD as well as THC, Pre ’98 Bubba Kush is perfect for extreme relaxation and sleep, which makes it a strain best consumed in the evening. The aroma and flavor include caramel, coffee combined with wood and earth, and an amazing sweetness all its own.

The strain that was the precursor for a family of diesel strains, Chemdawg is known for its powerful, relaxing qualities. With uncertain genetics, Chemdawg ’91 terpenes are particularly unique, with a distinct chemical flavor and pungent diesel notes.

A heavy hitter as a strain to induce sleep, Granddaddy Purple remains an industry favorite for its wonderful flavors and extreme relaxation. The pleasing purple color and sweet aroma are difficult to forget and include flavors of grapes and sweet berries.

These strains and many others hold great potential for treating insomnia. They make an effective alternative to pharmaceutical drugs and have applications for a range of other medical treatments. Whether you have chronic sleeplessness or an occasional evening of restless slumber, the next time you want to get a good night’s sleep, reach for one of the strains mentioned here. You’ll be glad you did!

Sign up for CTU to learn medical benefits of cannabis, how it’s used to treat other conditions besides insomnia, and how to recommend products to customers in a retail cannabis setting so you can land a job.