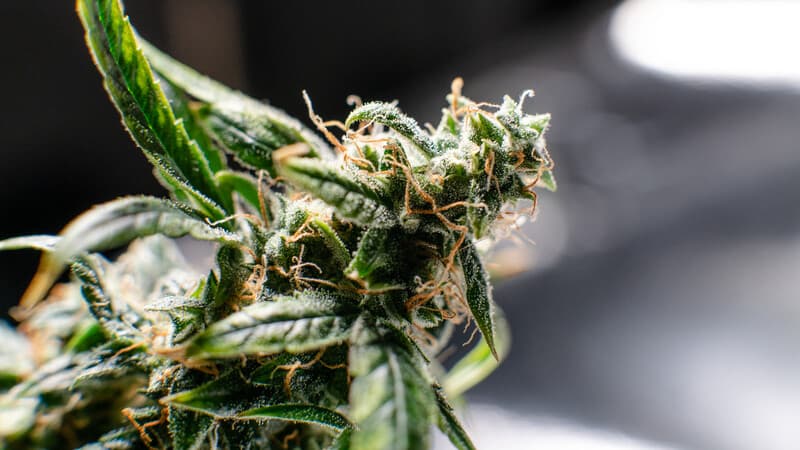 Paris OG strain is as rare as the Eiffel Tower as it can only be found in one medical dispensary in Southern California. The strain is not as rare when it comes to awards that it has won across the United States.

Picking up flower of this strain is going to be something you want to do as not everyone has had the pleasure of toking this amazing strain with friends.

In 2014, Paris OG strain won the Michigan High Times’ Cup although its lineage is still a bit unclear. There have been educated guesses as to what parent strains this dank strain came from. The strain can be perfect to enjoy with experience consumers but might be a bit too potent for beginners.

Paris OG is an Indica-dominant strain that could has descended from Lemon OG and the famous Headband. Don’t expect to be quite functional but you will be relaxed as well as uplifted. Keep some munchies ready as you are going to get quite hungry after consumption.

Lemon OG strain is going to deliver that tangy smoking experience a number of consumers love which is why it is so popular. You can expect this to be a decent wake and bake strain due to the energy it gives you.

Headband can be up to 24 percent in THC and can be used on a day where you don’t have anything important to do. The popularity of this strain is no wonder as it comes from OG Kush and Sour Diesel parents.

Finding strains that have similar effects can allow you to stock your medicine cabinet. Some consumers find that overconsumption of a strain over time can lead to a tolerance of sorts. Strains that are similar in terms of effects to Paris Og include Mendo Montage and LA Sunshine.

There is not a huge amount of information on growing this strain but from what is available, the strain is relatively easy to grow. Paris OG can be grown indoors or outdoors but this will impact the overall yield.

Indoors growers can expect 1 to 2 ounces per square foot. It might be wise to grow this strain indoors as you don’t want to risk an animal or inclement weather damaging the plant. Outdoors a grower is going to yield 2 to 3 ounces per square foot or around 550 grams per plant. This is a healthy yield that no grower would be disappointed in.

The yield depends on the grower and how they have handled the growing of the strain. Outdoor grows that are not ideal for a strain can lower the potency as well as the yield. Understanding which strains will thrive in your local environment is of paramount importance. Strains that are similar in terms of growing include Hogs Breath and Afternoon Delight.

The flowering period of Paris OG is 65 to 75 days which is a relatively long phase of flowering. The nugs are going to be huge and quite sticky with amber/orange hairs present. The look doesn’t leave anything to the imagination in terms of its incredible effects.

The THC content of Paris OG is 20 percent on average. For experienced smokers, this should not present too much of an issue. Amateur smokers should toke with caution and allow the high to truly hit them before consuming more.

Flavor And Aroma Of Paris OG

Paris OG has the flavor of citrus, pine, and lemon. The aroma is a floral diesel with a hint of pine. The terpene profile of this strain is made up of Linalool, Carene, and Phellandrene.

Linalool is interesting as it has a floral aroma while it has a spicy taste. This terpene is known to reduce pain almost immediately. Strains that are high in this terpene include Blueberry Blast and Motorbreath.

Carene has a cedar taste but an aroma of lemons. This terpene has been linked with improving memory via a number of studies. Strains that are high in Carene include Clementine and Golden Goat.

Phellandrene has been known to help reduce pain while giving a boost of energy which makes it perfect for those that love Sativa effects. Strains that are high in this terpene include Jack Herer and Trainwreck.

Finding relief through the consumption of weed is a new concept to those that once had a negative outlook on the plant. The medical uses for marijuana seem to grow every year. Paris OG can help with the following medical conditions:

The CBD content of Paris OG is not going to wow any consumers but it is still present. Adding CBD to your daily diet is not difficult with all of the edibles available. You might not want to add CBD flower to the top of a bowl of this strain as you want to truly experience this rare strain.

Our Final Thoughts On The Paris OG Strain

Paris OG is not a strain that you will see available very often which you need to keep in mind. If you do see seeds or flower available you should pick some up. Don’t ever dismiss the chance to try an award-winning strain as you could find one that you truly love.

Growing this strain will not be a huge challenge but finding seeds will be. Taking the time to scour the various inventories of seed banks online might be required with this strain. If you do procure some seeds, make sure you keep some for other growers that could have seeds that you want.

Cannabis Training University can help you learn the best practices for growing marijuana throughout the entire cultivation process. Our online marijuana courses have helped thousands of people and a number have gotten jobs in the cannabis industry. Do not discount the value of knowledge as marijuana is here to stay so it is time to embrace it.