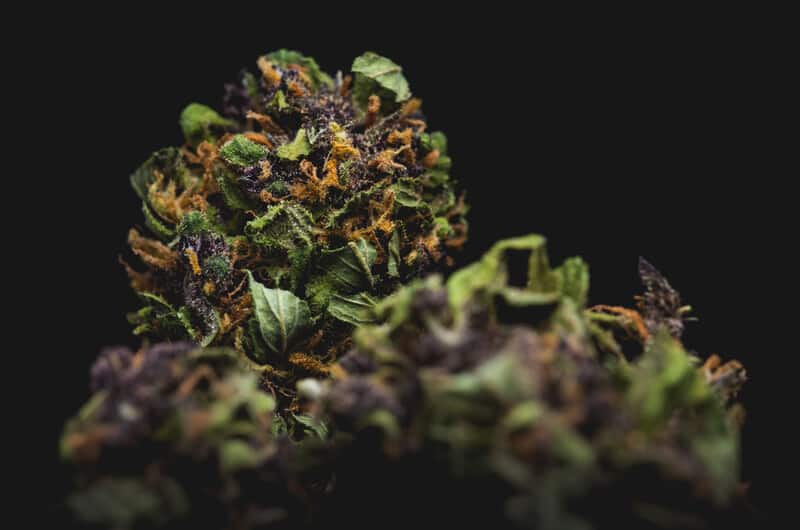 The Smarties strain is named after a candy that some look back at fondly. To be honest, Smarties are not the candy that most stoners are going to crave after smoking a bowl. Unlike the candy, this strain is massively potent and can keep you high for hours on end.

The potency of the strain is definitely higher than one would think as its taste is just another feature you’ll love. Below will highlight what you need to know about this strain and whether you should try it in the near future.

Is the Smarties strain a Sativa or Indica?

Smarties is a balanced hybrid that leans slightly to its Indica lineage. The parent strains are Blue City, Diesel, and Girl Scout Cookies. You’ll want to relax and chitchat with friends on the couch as this strain doesn’t lend itself to rigorous activity.

Blue City AKA Blue City Diesel and will leave you quite tired/related. This is a huge difference from Sour Diesel which can give you a massive amount of energy which makes it perfect to wake and bake with. With 23 percent THC, this is an amazingly potent strain.

Diesel will give you the energy that you need over the course of the day. You will be hyper and at 12 percent on the lower end in terms of THC, nearly anyone can enjoy this strain.

Girl Scout Cookies will knock you out with 28 percent THC so it is best reserved for daily smokers that dab regularly. Medical patients use this strain to unwind. You should not use this strain in the morning unless you do not have much to do during the day as the high lasts quite a long time.

Finding a few strains that allow you to relax with friends like Smarties can be very important. The strains that will deliver a similar high are Alien Cake and the famous Blue Dream.

Yield You Can Expect When Growing Smarties

Exposing Smarties to lower temperatures during the beginning of the flowering phase. The strain will be able to be grown in nearly any condition.

Expect a yield of this strain indoors to be around 1 oz. per square foot. The outdoor yield is larger without up to 20 ounces per plant.

The flowering period of Smarties is going to last 8 to 10 weeks. The appearance of the strain will consist of dark green nugs with orange hairs. The true beauty comes in the form of purple trichomes that frost each bud.

Smarties is going to be relatively easy to grow when compared to some other strains. Finding a similar strain to grow to this strain can allow you to take care of your plants in almost an identical manner. Similar strains to grow are going to include Purple Jack and Mexican Haze.

The THC percentage of Smarties is 19 to 27 percent. Beginners are going to get so high they might forget who they are or simply will fall asleep. Less is more when experimenting with potent strains which is something to keep in mind.

Seeds are going to be relatively easy to find but they are federally illegal to get in the mail. There are seed banks that will ship them but you should opt for a nursery in your local area to reduce the risk. If you are willing to order them online, Pablo Cannabis Farm and Barneys Farm carry them.

Taste And Smell You Can Expect From Smarties

Both the smell and aroma are that of candy and grape. The terpenes that are present in Smarties are Limonene, Pulegone, and Caryophyllene.

Limonene has the citrus flavor and aroma that so many consumers look for. The terpene can help reduce inflammation and help combat certain symptoms of anxiety/depression. Two strains that have this terpene are Red Headed Stranger and Ice Cream Cake.

Pulegone has a number of benefits and can be found in popular strains like Snow Lotus and Bear Dance.

Caryophyllene can help address pain in almost an immediate way. The terpene interacts with the endocannabinoid system in a huge way. The terpene has a spicy taste and earthy aroma. Two strains that contain this terpene at high levels are Mango Tango and White Runtz.

There are strains that have nearly identical flavors yet very different highs. Having a zero-calorie toke can be a great way to satisfy a craving for sweets. Strains that have similar flavors to Smarties are Beach Bum Haze and Triple Chocolate Chip.

Weed is something that can help people daily when in the past it was viewed as a harmful substance. Smarties can allow a person to find relief from the following medical conditions:

The CBD content is going to be something that does not amazing with Smarties. As you can see, you can really help yourself get going during the day while reducing fatigue/depression which is a huge benefit.

Smarties is a strain that you need to try your luck growing or invest in flower if you get a chance.

Growing weed is illegal in a number of states even if you have a medical marijuana card. The skill of growing marijuana will take a person that observes how the plants react to certain things. People that have grown other plants before will have an advantage over those that have never delved into any form of gardening.

Weed strains are routinely named after foods and various types of candy. Runtz is a great example and so is Fruity Pebbles? What is your favorite food-related strain to smoke regularly?