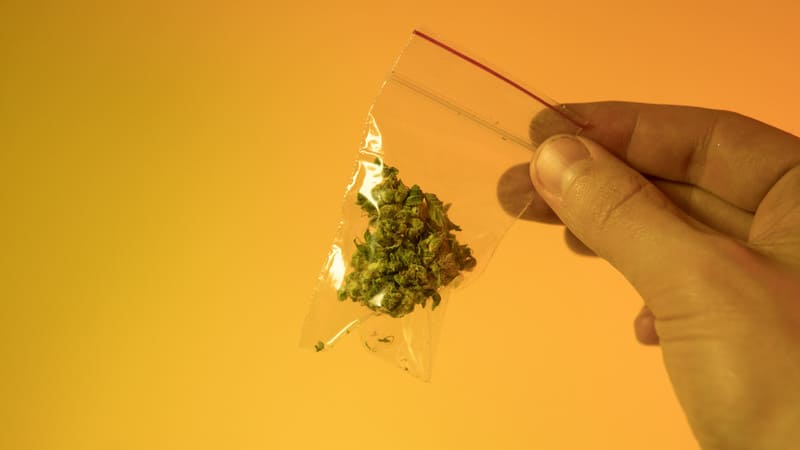 Few cannabis strains stand the test of time and have produced such notable child-strains as the Chemdawg lineage, as you’ll see in this Stardawg strain review. This derivative of the classic heritage spawning from the 90s has made a name for itself and even has a few phenotypes for those who want a little variety from Stardawg.

Cannabis users may find their favorite batch of ganja within this pungent marijuana strain.

Stardawg, also known as Star Dawg and Stardog, is the result of crossing cannabis strains Chemdawg 4 and Tres Dawg. Top Dawg Seeds is responsible for bringing this amazing ganja strain to market.

Chem 4 is a popular variety of the classic Chemdawg lineage that features the essence of lemon-like Pinesol and provides an energizing and uplifting high for smokers.

Tres Dawg is the result of crossing an Afghani landrace with Chemdog. While this indica-dominant hybrid ganja isn’t well-known, it has been used to parent some potent derivative strains, including Stardawg and Appalachia.

The original cross of Stardawg leans more towards sativa, but other phenotypes are more indica-dominant. That means the majority of cannabis users will be able to find a phenotype of Star Dawg that they can enjoy.

The most popular phenotypes of Stardawg are the cuts:

While the effects and aromatic features of the phenotypes differ, there are also growing differences that prospective growers will want to account for.

Guava is the sweetest of the bunch and produces the most bud. It’s also better for producing a relaxing high than the original, which provides a good energy boost.

Kate Upton is known as the phenotype that produces purple in the beautiful buds.

Illuminati and Corey Haim are the heavy-hitters and top the others with higher potency.

Top Dawg Genetics has also used Stardawg as a parent strain, crossing it with Triangle Kush and Legend OG to create I-95. It’s known for its funky sour and diesel-like essence.

Prospective growers can score seeds for Stardawg online. With the many phenotypes available, verify which you are getting so you know what to expect from your Stardog crop.

The sativa varieties of the Stardawg strain will stretch high and produce tighter nugs reminiscent of other sativas. The indicas will flower faster, produce more dense buds, but produce less per plant.

The yield isn’t easy to nail down with the number of different cuts of Stardog available to grow.

It can be a high yielding strain if growing conditions are optimal and techniques like topping and pruning unnecessary leaves are applied.

Are you growing the indica-dominant or sativa-dominant Stardawg? This makes all the difference in the flowering time.

Knowing when your trichomes are mature is the best way to know when to harvest. Translucent trichomes are immature and the buds haven’t filled out to their potential at this point.

Milky white trichomes are the most potent in THC, although the terpene profile may still need a little time.

Amber trichomes are beginning to lose THC potency but may have a more developed terpene profile, although in the latter stages of amber the terpenes will begin to degrade as well.

The average THC level of Stardawg is around 19-21%. Some phenotypes may dip lower while some batches of this pot have tested up to 28% THC. Safe to say that Star Dawg is a potent strain of marijuana!

The high experienced from the original cut of Stardawg is energizing and perfect for a wake and bake. The cerebral effects aren’t too disorientating for those who consume the right amount and don’t overdo it. However, with the potency being high, beginners can overdo it quickly.

The high with Stardog can last for 2-3 hours, making it perfect for daytime use so you don’t have to dose every hour like other cannabis strains.

As a derivative of the Chemdog lineage, the essence is closest to chemicals and roadkill skunk. While this sounds unappetizing to those who prefer the dessert-like and fruity cannabis strains, some cannabis users still want this type of dank.

It’s a pungent strain and beginners may be overwhelmed by the essence. Smokers who enjoy the classic heritages of Deisel, Skunk, and Chemdawg are sure to love it though!

Stardawg tests high in the terpenes Caryophyllene, Myrcene, and Limonene.

Caryophyllene provides a spicy essence and is known to fight inflammation in the body.

Myrcene is great for inducing relaxation and is most likely more abundant in the indica-dominant cuts of Stardawg.

Limonene is the citrusy terpene known to combat anxiety, depression, and stress.

Medicinal marijuana users are sure to love Stardawg to treat the following conditions:

Medicinal marijuana users with a low tolerance of THC may want to look for a different cannabis strain, as this one can be too strong for beginners. There are less-potent strains out there that provide the same medicinal benefits without some much THC.

The Chemdawg name will live on as long as breeders continue to breed new and exciting strains like Star Dawg.

With ample amounts of potency, pungency, and phenotypes that give slightly different experiences and essences to cannabis connoisseurs, Stardawg may be here to stay! If you are lucky enough to have some in stock at your local dispensary, go try it out. You won’t be disappointed.

If you want to try your hand at growing marijuana, get our professional training course and score some seeds online from any of the reputable seed banks that carry Stardawg genetics!