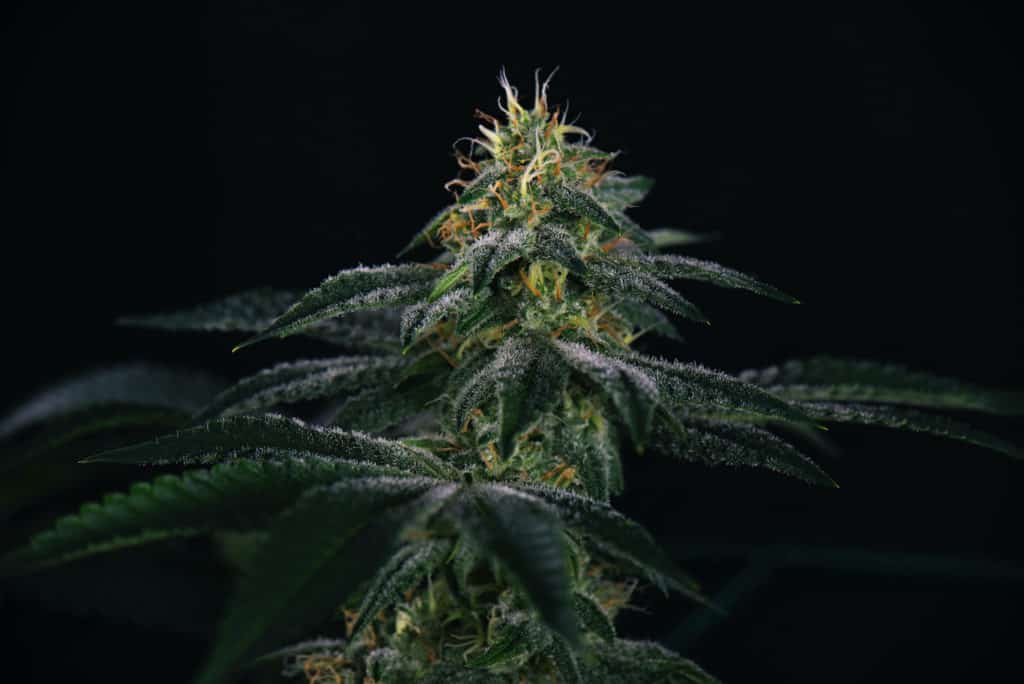 If you have been searching for the best Venom OG strain review, look no further! Here at CTU, we look at the genetic profile of strains, growing viability, yields, availability, potency, flavor, aroma, and medical usages for cannabis strains that we examine and review.

Our guide to Venom OG Kush is no different! Let’s see if it’s as good as some are saying or if it’s another middle-of-the-pack weed strain.

Venom OG is an evenly balanced hybrid cannabis strain bred by Rare Dankness Seeds. They created it by crossing Poison OG and Rare Dankness #1, their proprietary male that has been used to breed many of their unique marijuana strains.

Poison OG, also known as OG Poison, is a fast-acting pot strain that can put you to sleep after a couple of hits of its potent bud. It features kushy pungency with notes of pine and the fast-acting ganja is also long-lasting.

Calyx Gardens has used Poison OG to create new and exciting strains like Pineapple Cookies and Suicide Girl, both of which have Poison OG and Platinum GSC in their respective lineages.

When searching for a uniquely powerful male strain to build their repertoire of cannabis strains, the breeding company in Colorado known as Rare Dankness Seeds first crossed Ghost OG and Chemdawg.

This male has been at the forefront of their breeding program, creating strains like Venom OG Kush, Scott’s OG, 501st OG, Commerce City Kush, and Rare Darkness.

Venom OG is available as feminized seeds from many online seed banks. Be careful with the Venom OG that you are purchasing.

For example, Dark Heart Nursery sells clones of Venom OG, which they recently renamed to All Gas OG, which is an entirely different strain than the Venom discussed in this strain review. Verify the lineage before purchasing!

Humboldt Seed Company crossed something called Humboldt Venom OG and Humboldt OG to create All Gas OG, which isn’t a direct derivative of the Venom OG Kush discussed in this review, however.

Venom is an easy-to-grow cannabis strain that does well indoors and outdoors. It is resistant to many molds and mildews, making it ideal for those with little growing experience. A warm and sunny location are the basic requirements for Venom OG to thrive.

Venom OG plants reach a medium height and yield around 1.3 ounces per square foot of plant when grown indoors. Outdoor growers can expect to harvest about 19 ounces per plant if growing conditions are optimized.

You’ll need about 7-8 weeks to reach the mature stage of flowering with Venom OG. Outdoor growers should be harvesting in early October.

The forest green buds are ultra-dense and covered in bright orange hairs. The trichome coverage is nice but the trichomes themselves are small in stature, creating a glittering appearance among the buds.

Venom OG Kush has been tested with a wide variety of THC concentrations. 17-27% THC is typical, although it has tested much lower at 11%.

Growing, harvesting, curing, and storage all affect the result, so a good grower will be able to produce Venom that tests in the high 20s. This potent ganja is best served at night.

The hard-hitting high begins with a cerebral rush of happiness and a sense of ease. The body starts to feel heavy and relaxed, easily transitioning to couch-lock or a good night’s sleep as the sedation continues to build. Simply put, don’t smoke Venom if you have things to do!

The aroma of Venom OG has sharp notes of skunky pungency with hints of earthy citrus and diesel. The flavor is quite similar, with skunky pine and diesel that are dominated by sweet and sour lemon.

Myrcene, Limonene, and Caryophyllene are typically dominating the terpene profile of Venom OG. It has also tested high in Linalool and Pinene on occasion.

Myrcene helps consumers relax and is the terpene that is most linked with the couch lock effect. Blue Dream and OG Kush are classic examples of Myrcene-dominant weed strains.

Limonene fights stress and anxiety while delivering a sweet and/or sour citrus essence when present. White Fire OG and Do-Si-Dos are Limonene-dominant.

Caryophyllene helps fight the effects of inflammation and activates the endocannabinoid system, unlike any other terpene. GSC and Purple Punch strains are dominated by this spicy terpene.

If you want similar effects and terpenes from different strains, many in the OG Kush family are suitable, like SFV OG, Platinum OG, and Kobe OG.

While there are plenty of recreational fans of Venom OG, it does have quite the potential to serve as a medical marijuana strain. Here are a few of the known uses for Venom:

With the availability of seeds, you can grow Venom OG for your medicinal needs if your local dispensaries don’t carry this useful weed strain.

If you love learning about specific cannabis strains and your social circle comes to you for advice when purchasing new bud strains, a career in Budtending could be in your future.

You could be recommending Venom OG strain and others to customers daily to steer them in the right direction. Sound good? Check out our Budtender training program that has helped thousands of our students just like you!