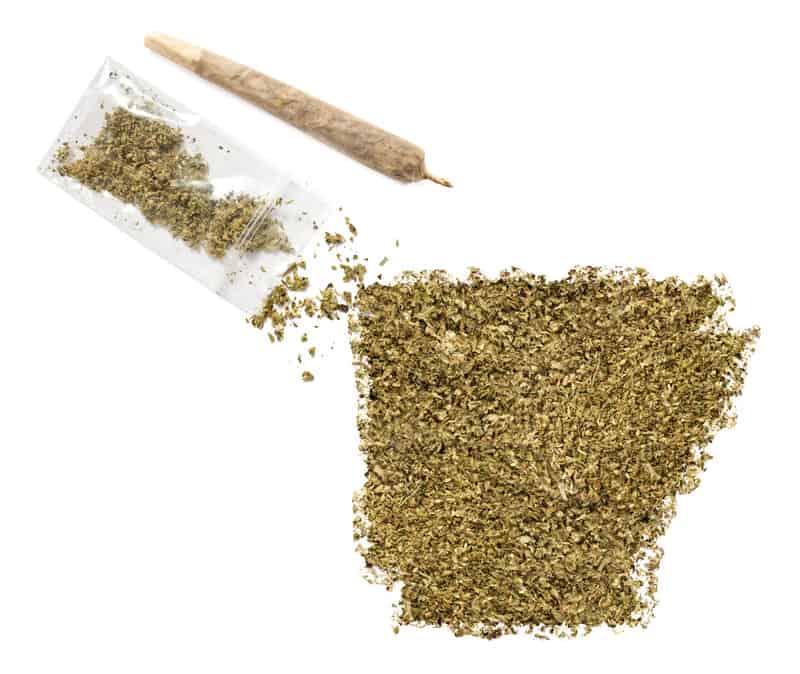 Arkansas medical marijuana launched in 2016 when it was passed in November of that year. The amendment to the law created the Arkansas Medical Marijuana Commission along with 24 other laws that helped put the program into action.

”Is weed legal in Arkansas?”Arkansas weed laws are relatively strict although you can have up to 4 ounces for personal possession. There are other states that consider 14 grams to be personal possession with felony charges being filed to larger amounts.

Finding the right Arkansas dispensary depends on your preference and location. There are licenses for more dispensaries than are open so look for a dispensary to open in your local area soon. The integration of Arkansas medical marijuana into society can take a few years as growth can be limited due to legal restrictions that need to be considered.

As you can see, there are a number of conditions. There are so many different areas that marijuana can help address and provide relief to patients.

CBD might be enough for certain people that do not want the psychoactive effects of THC. Others might find the combination works wonders for them as cannabinoids work together in a way that is called the entourage effect.

Cannabis has been used in many forms so trying them all might result in you finding the ultimate relief from something you have suffered with for years.

Getting Your Arkansas Medical Marijuana Card

Much like other states, you are going to need physician written certification from Arkansas to be able to apply. Making an appointment with a condition you believe qualifies you for a medical marijuana card is the first step. Make sure you bring some form of identification like a driver’s license or signed lease to prove state residency.

The state will then mail you your medical card. This will give you access to dispensaries that carry marijuana in a number of forms. Some patients opt for edibles as there is no smoking involved or tinctures that they just put under their tongue. A diverse cannabinoid profile with large amounts of THC and CBD can provide relief to patients that suffer from a multitude of health conditions.

Getting your Arkansas medical marijuana card renewal online provides convenience. You only have to worry about a $50 fee which is worth it if you are finding relief through marijuana products.

Traveling to other states will be something that you have to research extensively. You do not want to be pulled over in a state with strict marijuana laws and a medical card that is not valid in that state.

There are some states that allow medical cards from other states but this goes on a state-by-state basis. The last thing any patient wants is to be charged with a felony for possession when crossing state lines as marijuana is still federally illegal.

Arkansas marijuana legalization is much like that of other states as it is medically legal yet recreationally illegal. Personal possession can result in up to 1 year in jail and a fine of up to $2,500. Arkansas cannabis laws are pretty strict but are lenient compared to the strictest laws in the country.

Arkansas does not allow home cultivation in any form and you could be charged with a felony. There are options to apply for a license to grow medical marijuana for a specific company or commercially. Remember that there will be a number of legal restrictions and potential roadblocks due to high fees and standards in the medical marijuana industry in Arkansas.

Growing incredible marijuana will lead to a number of employment opportunities. Cultivation companies are always looking for budtenders or even people to help teach their teams how to grow. Growing marijuana requires experience and the help of an expert to maximize the yield and potency of a crop.

Cannabis Training University offers the best online marijuana growing classes that can completely transform your growing prowess. Learning small lessons that could take years to learn on your own from our expert faculty is just one of the many benefits. The convenience of learning from home is unmatched as our courses thoroughly teach you all you need to know about cannabis.