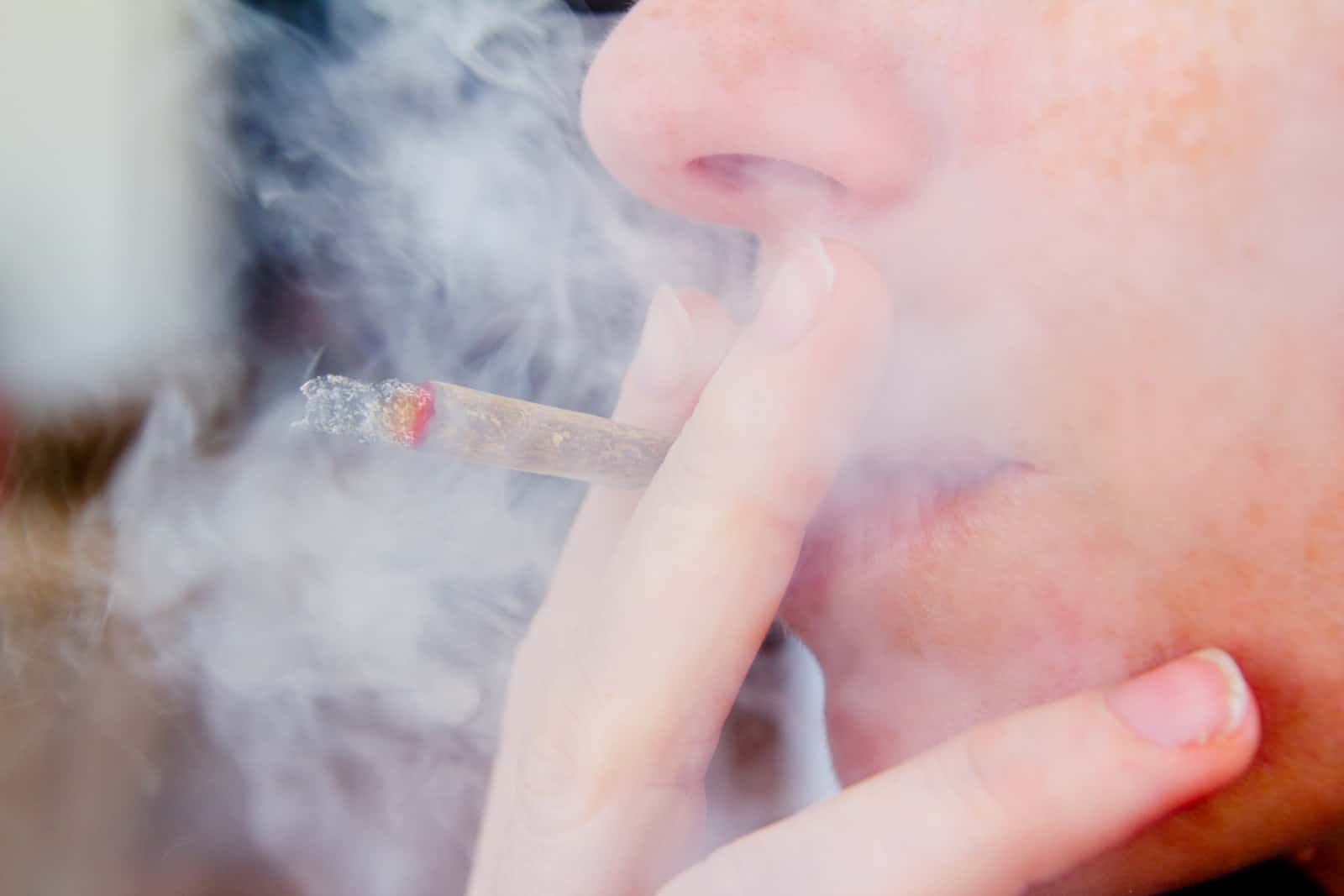 How long does marijuana stay in your system? The length of time cannabinoids can stay in the body depends on many factors including the person’s body fat percentage, frequency of consumption, amount of marijuana consumed, and the drug test’s sensitivity to weed.

Unlike alcohol, which quickly leaves the system within a few hours, marijuana can stay for a considerably longer time. If you’ve just been offered a job or have to take a drug test in the near future, here’s everything you need to know about how long marijuana stays in the body.

How Do Marijuana Drug Tests Work?

Drug tests detect tetrahydrocannabinol (THC) cannabinoids in a variety of sample material including urine, saliva, blood, and hair. Drug tests can detect marijuana hours or even days after the last time a person has used marijuana.

Ultimately, there’s no clear-cut answer that’ll tell you if you’ll get a positive or negative drug test result for THC. Additionally, a person’s ability to pass a drug test varies over a period of time. As mentioned before, a number of factors affect marijuana test results, including the following:

How often do you smoke, vape, dab, ingest, or sublingually consume THC? Chronic weed users tend to hold more THC in their system for longer compared to low-to-moderate users.

How much did you consume? One joint? Two dabs? An entire edible brownie? The higher the THC dosage consumed, the longer it will remain in the body in metabolite form.

How much body fat are you storing? Since THC-COOH binds to fat in the body, higher body fat translates to THC remaining in the body longer. Exercise, however, can burn off fat, which can help excrete THC metabolites.

Genetic factors significantly influence THC elimination in the body. For example, the type of cytochrome P450 enzyme you have can affect how it modifies THC and releases it through the urine. Furthermore, people with a fast metabolism can break down THC in a shorter amount of time compared to those with a slower metabolism.

Some drug tests are more sensitive to extremely low doses of THC metabolites than others. Consider the different drug tests including blood, urine, hair, and saliva tests.

Drug tests differ in detection time because of the way THC is metabolized in the body. THC is a lipid-soluble compound that binds to fat cells in the body. Fat cells are notoriously hard to burn off, meaning the THC can stay in the body as it’s slowly released over time.

When smoked or vaporized, THC immediately enters the lungs and bloodstream, which distributes it throughout the body. Cannabinoids circulate to cannabinoid receptors (CB1 and CB2), which make up the body’s endocannabinoid system responsible for regulating body functions such as mood, appetite, sleep, and more.

THC is also passed through the liver and breaks down into metabolites such as 11-nor-9-carboxy-THC, also known as THC-COOH. Most drug screening methods test for this inactive metabolite that is stored in fat cells in the body and is eliminated through urine and feces.

When consumed via an edible or other ingestible product, THC enters through the stomach and intestine’s wall lining. THC travels through the liver where it’s metabolized and converted into its metabolites, which are circulated throughout the body.

A THC’s lifetime in the body is hard to predict due to the many variables that can affect drug test results, not to mention, the different drug tests available with a different detection window. Online marijuana drug test calculators can help users get a better idea for their probability of passing a THC drug test, but they’re not an exact science.

How Long Does Marijuana Stay In Your Blood?

A 2004 review found that the plasma concentration of THC presented a very fast peak (about three to eight minutes) and then decreased quickly with a half-life of about 30 minutes. The study also found detectable THC in the blood about five hours later. THC metabolites are thought to remain up to 25 days in blood.

A 2009 study aimed to quantify THC concentrations in chronic marijuana users over 7 days of abstinence. Out of 25 participants:

THC concentrations don’t remain too long in the system compared to its metabolites, which can be detected with drug tests.

How Long Does Marijuana Stay In Your Urine?

Urine tests are the most common drug screening forms due to their relative affordability, convenience, and effectiveness. THC tests often have varying detection cutoffs for THC-COOH. Most urine drug tests will have a cut off of 50 nanograms per milliliter (ng/mL).

A 2005 review found that THC detection times hardly ever went over 30 days. The review suggests that frequent marijuana users are unlikely to have measurable levels (50 ng/mL) of metabolites in their urine for more than 10 days after the last time they smoked.

Drug tests that can detect down to 20 ng/mL of metabolites, however, can detect THC metabolites up to 21 days after consumption, or more on rare occasions. For occasional marijuana use (or one-time use), even the 20 ng/mL test would not be able to detect metabolites longer than 7 days. For 50 ng/mL tests, detection rarely exceeds three to four days.

A 2017 review listed the detection times for a variety of marijuana users including:

How Long Does Marijuana Stay In Your Saliva?

How Long Does Marijuana Stay In Your Hair?

Hair drug tests are one of the least common and effective ways to detect marijuana in the system. Some research suggests that THC and its metabolites can be transferred to non-users via touch, sweat, and smoke, which can put its drug results into question.

A 2015 study administered 50 milligrams of THCA to its participants and found that no THC was detectable in their hair after one month. THC-COOH was detected, however. THC can be detected up to 90 days after use with hair samples.

A 2017 study found that THC was more likely to be found in chronic or daily users. Out of 136 participants, THC was detected in 77 percent of chronic users, 39 percent of light users, and no non-users.

As you can see, marijuana can remain in the system for a short or long period of time, depending on multiple variables. Proper hydration and exercising well before the urine test can help eliminate THC metabolites, albeit, at a slow rate. It’s nearly impossible to predict how long marijuana will stay in a person’s system, but generally, it could last a little over a week for infrequent users and about a month in chronic users.

How to Get THC Out of Blood 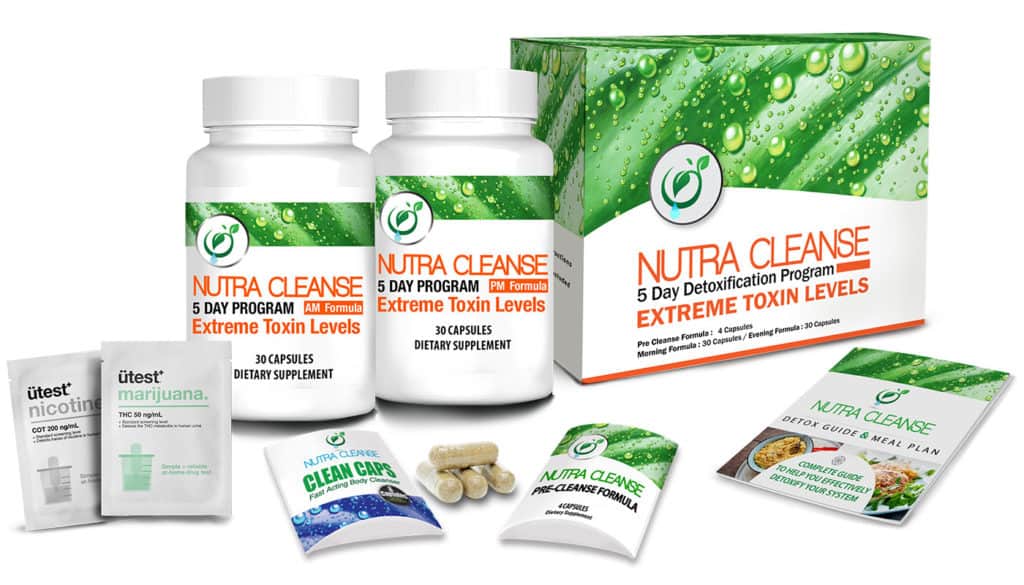 To get THC out of the blood system it helps to cleanse and detox your body. Nutra Cleanse makes many great detox products that can help you pass a drug test for weed. Use coupon code CLEAN10 for 10% off.

How to Pass a Marihuanas Drug Test

To pass a marijuanas drug test use Nutra Cleanse.