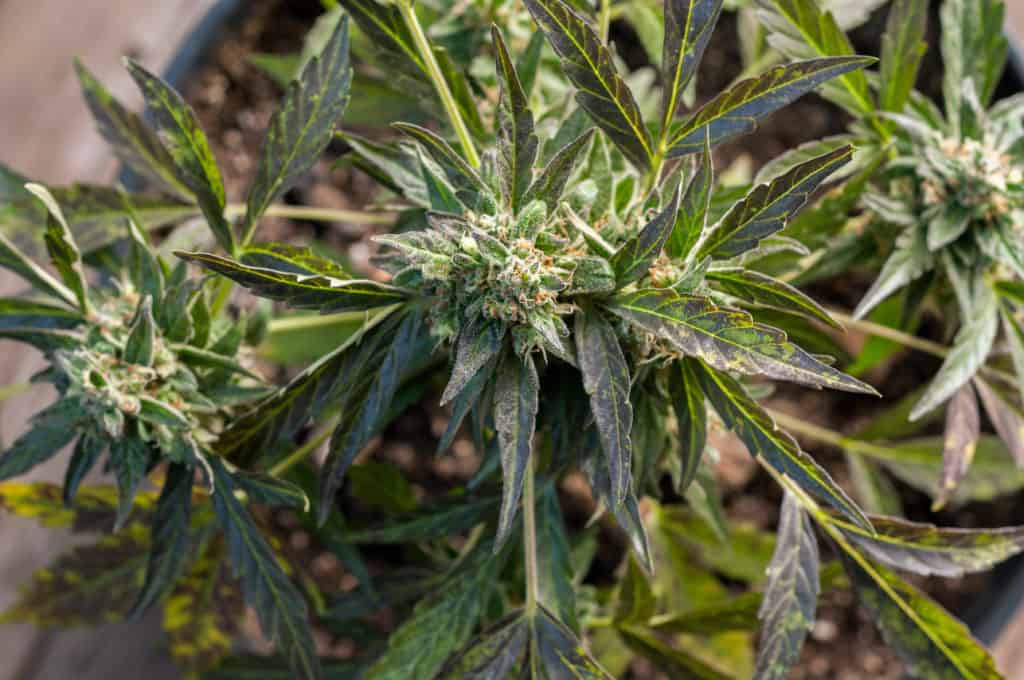 Lucinda Williams strain is named after a famous country music star. The strain will deliver a high that might actually cause you to want to play some tunes. The name should not distract you from how potent the strain is.

Beginners need to toke a bit carefully as THC levels can reach nearly 30 percent. There are some forms of hash that have this potency so the strain is as potent as some concentrates.

Lucinda Williams is a balanced hybrid of Cindy-99 and William’s Wonder. The strain is truly a social one that is known to help carry interesting conversations with friends for hours. You might even want to sit back and listen to some of your favorite music after toking up with this strain.

Cindy-99 is a Sativa-dominant strain that can give you a burst of energy and a clear-headed high. You will be in a dream-like state of energy and focus. The smoke will be smooth so don’t expect to couch as you would with strains like White Widow.

William’s Wonder is a pure Indica that tops out at 26 percent THC. Most people claim that this is the perfect strain to smoke before bed for a peaceful sleep. Be careful as you might be a bit hazy in the morning if you overconsume. A number of people beleive this strain was named after one of the best all-time pot smokers, Willie Nelson.

Lucinda Williams can be grown indoors or outdoors or even using a clone. The beauty of the strain is that nearly any level of weed grower can take it on. You can expect to see buds after 9 to 11 weeks after planting.

Expect a large yield of up to 20 ounces per plant when grown outdoors. Indoors you can expect 2 to 3 ounces per square meter.

The yield that you get with Lucinda Williams dwarfs other strains. There are exotic strains that are lucky to produce a quarter-pound per plant. Keep yield in mind when you are looking for strains to grow this next season.

The flowering phase of Lucinda Williams lasts 9 to 10 weeks. The appearance is dark green dense nugs with amber hairs. There is also an amber covering of trichomes which makes this a very attractive strain.

Finding a few strains that you could grow with this strain should not be too difficult. Indoor growers can just grow strains in seperate tents if they require different environments. Strains that will be similar to grow to Lucinda Williams are William’s Wonder and Blue Dream.

Flavor And Aroma Of Lucinda Williams

Expect Lucinda Williams to taste like citrus, pine, and have some sour notes. The aroma is of citrus, orange, and earth. The terpenes that this strain contains are Limonene, Caryophyllene, and Eucalyptol.

Limonene will have the taste and aroma of citrus. You can find relief from anxiety and depression along with some additional energy if the strain you are smoking has CBD. Look for Watermelon and Garlic Cookies to contain high amounts of this delicious terp.

Caryophyllene is going to have an earthy aroma and spicy taste. The terpene interacts directly with the endocannabinoid system to help reduce pain and inflammation. Red Headed Stranger and Blue Dream are strains that contain this powerful terpene.

Eucalyptol is going to have a minty scent that so many find pleasurable. You can reduce stress and even inflammation with this terpene. London Pound Cake is a very potent strain that contains this rare terpene.

Finding a strain that you can toke on as a dessert can be incredibly relaxing. The beauty of smoking instead of eating sweets is that there will be no crash and you could see medical benefits.

Lucinda Williams seeds are available online at Rino Supply and Happy Seed Bank. The unfortunate truth is that mailing weed seeds is federally illegal. You can still get into legal trouble if you are shipping to a state where marijuana is fully legalized.

The fact that Lucinda Williams can be grown from a clone makes this an attractive option. You can meet with a cannabis grower or go to the dispensary to put in a request.

Lucinda Williams can be very expensive at $69 per 1/8th of an oz. A full ounce can cost up to $380 which is double of what you would pay for some other strains. You can reserve this strain for special occasions with friends if you are a budget-friendly marijuana consumer.

Weed is something that came back into the mainstream due to the myriad of medical benefits associated with the plant. The more studies that are done, the more it seems like this plant can help bring relief. Lucinda Williams can help with the following medical conditions:

The CBD content is healthy in this strain but there isn’t a huge amount. The THC is the dominant cannabinoid and the main benefit is the uplift in energy that you’ll find.

Lucinda Williams is a strain that you should try if you truly enjoy country music or a sociable strain. Get some flower of this strain before taking on the responsibility of growing it. Growing can be a financial investment and you want to enjoy the strain you harvest.

Growing this strain should not be too challenging and will be a breeze for an experienced grower. Getting tips from other growers can be useful but remember everyone seems to have an opinion on things like training or trimming. Don’t underestimate the helpfulness of the cannabis community as spreading knowledge is power.

Lucinda Williams is just another strain honoring a music legend. Khalifa Kush is a strain that Wiz bred that he smokes exclusively. Which strain dedicated to an individual do you enjoy the most?