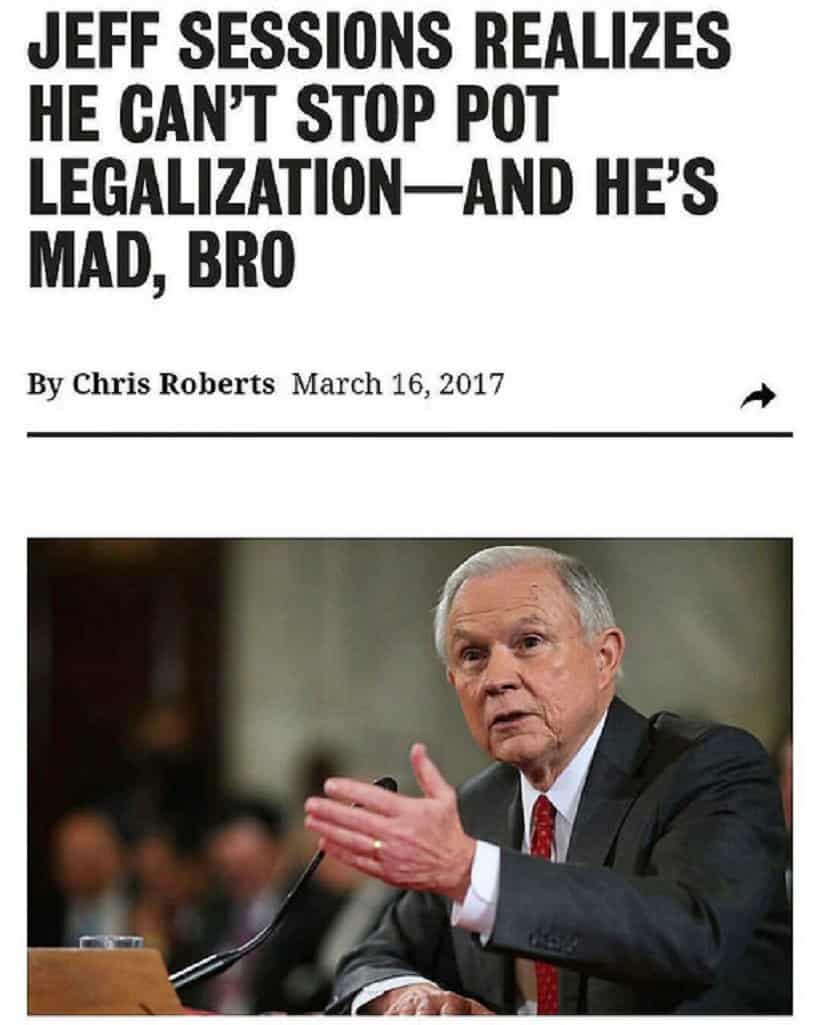 Since Donald Trump got elected as President of the United States, his administration has an ongoing feud against everything that President Obama and the previous administration put in place as it relates to the medical marijuana programs. As a result, Trump and his goons like Jeff Sessions are trying to decide whether to dismantle these and other programs in an attempt to set their own record straight or not. As it exists, there are several states that have legalized marijuana without having much federal interference.

An oversight hearing took place recently with the House Judiciary Committee and in the meeting Jeff Sessions, Attorney General of the United States made an admission that the Department o Justice has to maintain the budget amendments for these medical marijuana programs, meaning that there will be a restriction of funds. Jeff Sessions was grilled by Rep. Steve Cohen, a Democrat from the state of Tennessee. Sessions had to provide his Reefer talking points, which included al the comments he made about cannabis consumers not being ‘good people.’ He also had to explain whether he believed it would mean being bound by the budget constraints and amendments for medical marijuana programs across the nation. He agreed that even though, the DOJ is bound from using funds to federally target the states that have marijuana laws; the DOJ would acknowledge and respect McClintock-Polis and Rohrabacher-Blumenauer amendment guidelines.

For this reason, it would explain the reason why Jeff Sessions, earlier in the year, was in a vigorous lobbying stance, seeking Republican House members to pose opposition of the same amendments. Everyone knows that Jeff Session does not like marijuana because he has publicly said so. It is safe to say then that he doesn’t like the restrictive amendment guidelines and wished there was a way to go around it. But until these guidelines are lifted or abolished, Jeff Sessions’s hands are tied and he can never go back to his past drug war policies that have failed.

Unfortunately for the states that have these medical marijuana programs, the budget amendment guidelines are up for a yearly renewal. The marijuana advocates are hoping that when the renewal process is due, it doesn’t take away the state’s protection. However, there are no guarantees and one cannot expect to trust Jeff Sessions to keep it intact. The reason that Jeff Sessions may not have yet cracked down on those medical marijuana programs is due to the vigorous interrogation by Rep. Steve Cohen, bringing to light all of Jeff Sessions’ motives. It is important for affected consumers to write to their state representatives like Rep. Steve Cohen so that Jeff Sessions and the Trump administration can be stopped, if they try to crack down and use the federal budget to go after states that have already legalized marijuana.

The Members of Congress have approved yearly spending bills since 2014 and these bills include protective provisions for states that dispense or legally use medical marijuana. This means that the federal government and DOJ would be unable to prosecute. The amendment Rohrabacher-Blumenauer is one of the guidelines that prevent federal funds from being used to do just that. Most Americans do think that the federal government should stay out of state business including medical marijuana programs. The amendment is supported by more than 94% of Americans. The amendment was extended to December 8, 2017, but after that date, the future could be dim, if Jeff Sessions has anything to say or do about it.

Learn more about medical marijuana programs in each state by visiting the Cannabis Training University today!