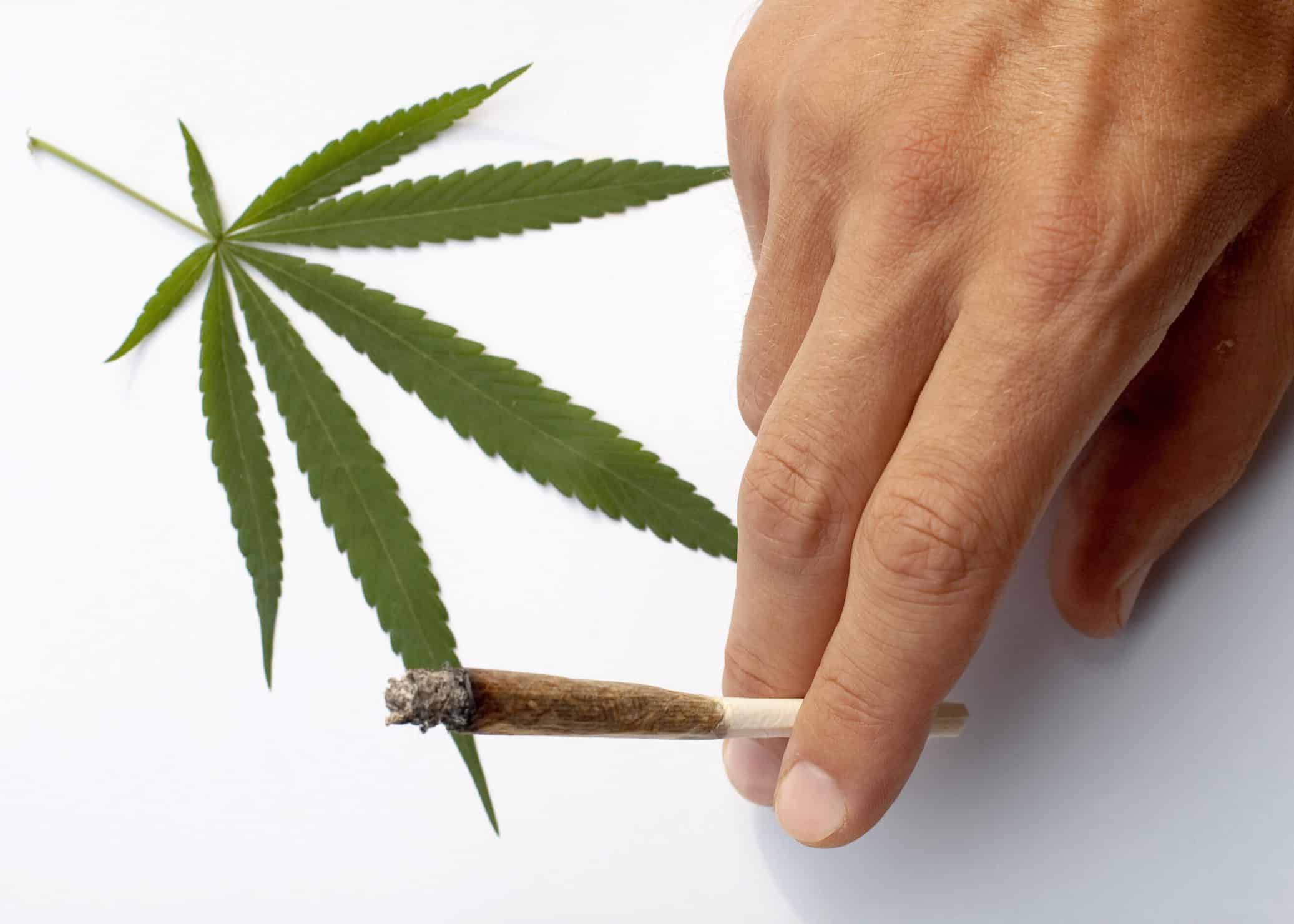 Everything You Need To Know About A Contact High

Here is a mini guide detailing everything that you need to know about a contact high.

Have you ever spent so much time around people smoking marijuana that you start acting as high are they were? Is having a contact high even possible?

You have probably caught on to where we are going with this. Join us as our experts break down this mystery and discuss whether what you are feeling is an actual high or a psychedelic phenomenon.

Before we delve into the explanations of whether contact highs even exist, let us all get onto the same page of what they are in the first place.

A contact high, also known as a secondhand high is by definition the inkling that being exposed to ganja smoke- whether from a joint, blunt, spliff or dab rig- will cause a non-smoker to exhibit physical and psychological symptoms similar to that of the smokers in a particular group.

If for example Mattie and Nancy are sitting together on a bench in the park and Mattie is toking to his heart’s content off a juicy, chubby joint as Nancy sits by telling him stories, are there chances that Nancy will start seeing double and having the munchies? And even more importantly, will these feelings if any translate to a positive drug test the next morning?

According to the legend of the contact high, both are a very real possibility. Anecdotal evidence to this end is not in short supply. Stories abound of cousins of nieces friends who by sitting in the same room in which a joint is being smoked end up stoned beyond doubt even though all they were doing was their homework.

Many a blunt smoker has had a lot to explain in these unique circumstances.

But as numerous and interesting as the depictions of these encounters are, they are mostly just that, stories. As far as hard, concrete, tested and tried evidence goes, this legend still misses its mark, by a whole ocean.

Is that to say that we can brush this phenomenon off as being non-existent?

Certainly not and here’s why.

To answer very simply yes…and no.

We will make monumental effort, and go into great detail to outline to you exactly how you can be able to achieve a contact high- or conversely, give someone one, and which very specific circumstances you will need to meet to make this happen.

What we can promise you is that they are not a walk in the park and not everyone will be able to stick it out.

If you are one of those people who have gotten high sitting in the backyard watching your friends share a joint, do not despair…we have something for you too.

Ever heard of “the placebo effect?” This can be described as a positive outcome derived from taking a placebo treatment or drug which cannot be attributed to any properties the placebo possesses and therefore must be due to the beliefs of the patient regarding that treatment.

In this kind of scenario, just being in the presence of purple haze will leave you feeling hazy and spacey.

Here is a rundown of how it works.

Research on “the placebo effect” primarily focuses the relationship between the mind and the body. A very common theory is that the placebo effect is amplified by a person’s’ expectations. Which is to say, if a person expects a pill for example to do something, it’s very possible that their body’s own chemistry can cause effects which will be very similar to those actually taking the medication would have caused.

In a study carried out to ascertain these reactions, a placebo was given to certain participants and they were told that it was a stimulant. After they took the pill, it was observed that their blood pressure rose, their pulses sped up and their reaction speeds got better. When the same placebo pill was given to different participants who were told it would put them to sleep, the symptoms exhibited were in direct contrast to the first groups.

It is also believed that the intensity in which a person believes in the placebo effects has a relationship with the severity of the symptoms they experience. The more convinced someone is that the placebo will have the results they expect, the higher the chances are that they will experience those effects.

It is important to note that this is true in both positive and negative scenarios. When people expect to have adverse effects such as nausea, headaches or drowsiness, they are just as likely to experience these effects.

Interestingly, being tied to expectations does not make the placebo effect either imaginary or fake. It has been proven on some cases that actual, physical changes can occur due to the placebo effect. Documented evidence has shown an increase in endorphins, a natural pain reliever produced by the body.

So, the next time you feel high by simply sitting next to Mark who is smoking his joint…maybe you are, but maybe you aren’t.

This high is very different from the psychological high because it has an actual, physical effect.

Inhaling smoke off a lit joint can result in your lungs absorbing some of its cannabinoids. Granted, the amount is not likely to be as much as the person actually smoking the joint, but it does have an effect.

Though scientists have been unable to agree on h0w much of the cannabinoids keep floating in the air after the exhale, some put it a roughly anywhere between 50-70%, which is quite a lot.

This is to say that it is theoretically possible for a bystander to achieve a physiological contact high just by inhaling enough exhaled smoke.

What happens in this case is their lungs would absorb the cannabinoids, just as if they took a puff leading to a high like any other. This kind of secondhand high would be detectable through urine and blood analysis.

Though perfectly explainable, physiological highs are few and far between as it is extremely difficult to achieve one under normal circumstances.

In the coming section, we’ll tell you why.

Researchers at Johns Hopkins University undertook a study in 2015 which may be the most defining contact high test ever.

In the first part, researchers totally closed off an area that had six weed smokers and six nonsmokers. They ensured that even the ventilation was sealed off.

They then gave each smoker 10 joints which were high in potency and allocated 1 hour in which all 10 joint should have been smoked.

After the 60 minutes, the nonsmokers were interviewed with a majority of them reporting that they felt sleepy, less alert and a bit tired. On testing their urine and blood, detectable levels of THC were found in both.

What this meant is that the nonsmokers achieved a physiological high from the secondhand smoke in the air.

The second part of the test involved the same scenario but without the closed doors, windows and vents. In essence, the environment was set up to mimic normal outdoor conditions.

At the end of the one hour when the nonsmokers were interviewed, they reported that they did not experience any effects apart from hunger. Being around lunchtime, that was fully accepted and not attributed to the marijuana smoked by the smoking population.

This definitely showed that there was no contact high, which was confirmed by urine and blood tests.

Returning to our initial example of Mattie and Nancy sitting on a park bench, no, you are not likely to get a contact high from simply sitting next to a person who is smoking.

The same applies to having your friends smoke in the backyard…or to you passing by someone who is smoking a joint. These scenarios will definitely not get you high.

What can get you high?

Having your friends smoke dedicatedly in a particularly small space like a tiny car over an extended period of time. But seeing as you will be inhaling nothing but weed vape at this point, you might as well take a puff of it, no?

Can You Fail A Drug Test From A Contact High?

Yes, it is very possible for you to fail a drug test due to a contact high when getting drug tested. But the good news is that you would have to be in one of those extracted circumstances we have outlined above which will give ample opportunity for the cannabinoids to get into your bloodstream.

If you have not been in a situation of concentrated secondhand smoke for a lengthy period of time, you are safe.

In a nutshell, the contact high is a legend not to be feared, but to be understood (pun intended). The chances that you will achieve a contact high are as slim as you setting out on a mission to find the grizzled dragon…unless of course you focus all your energy, and that of a couple of others on it.

So, there you have it. There is no cause for you to avoid your friends simply because they are smoking, and you are not. Especially if they are doing it out in the open you should be safe now that you know everything involved in getting a contact high.