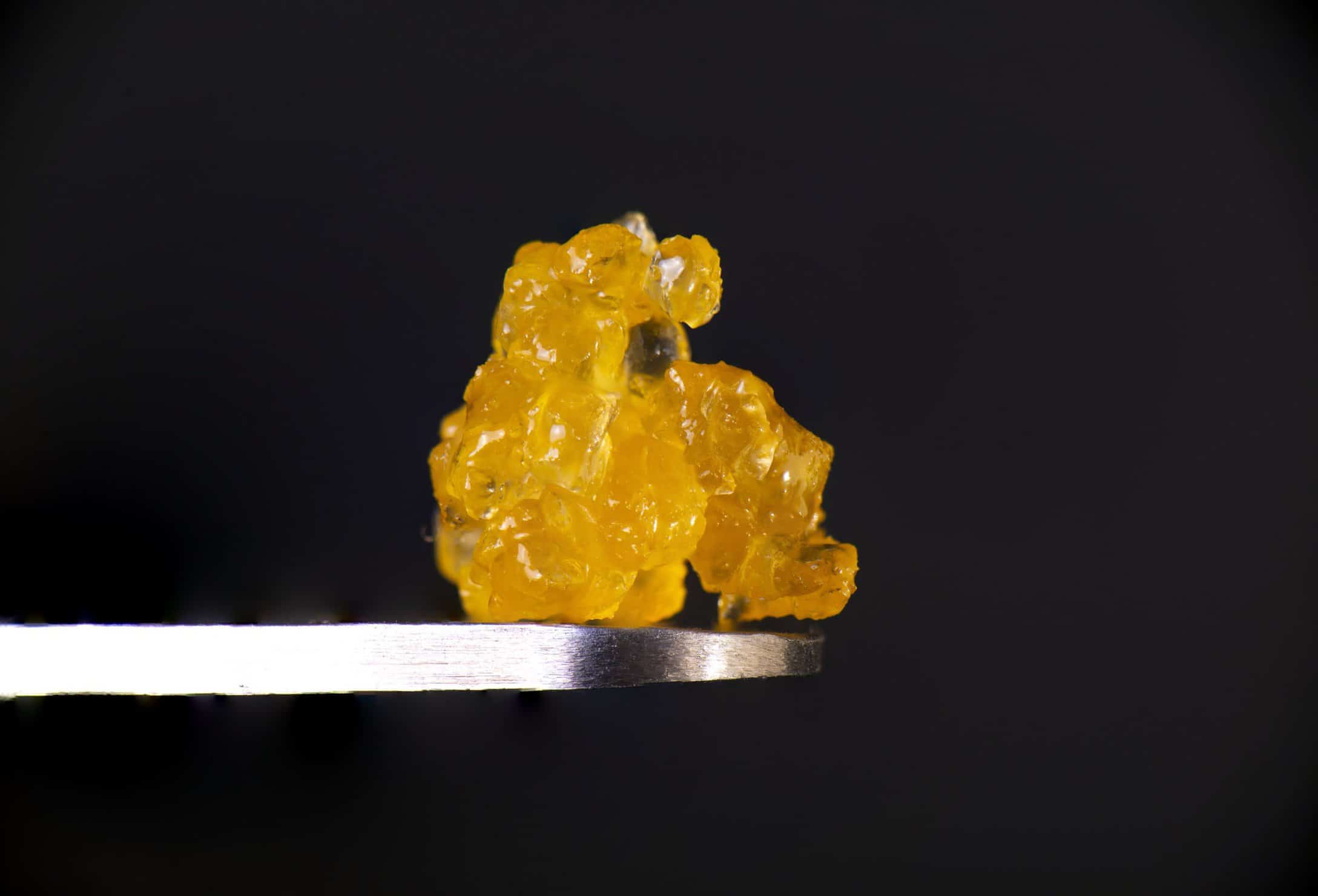 Everything You Need to Know About High-Terpene Full-Spectrum Extracts 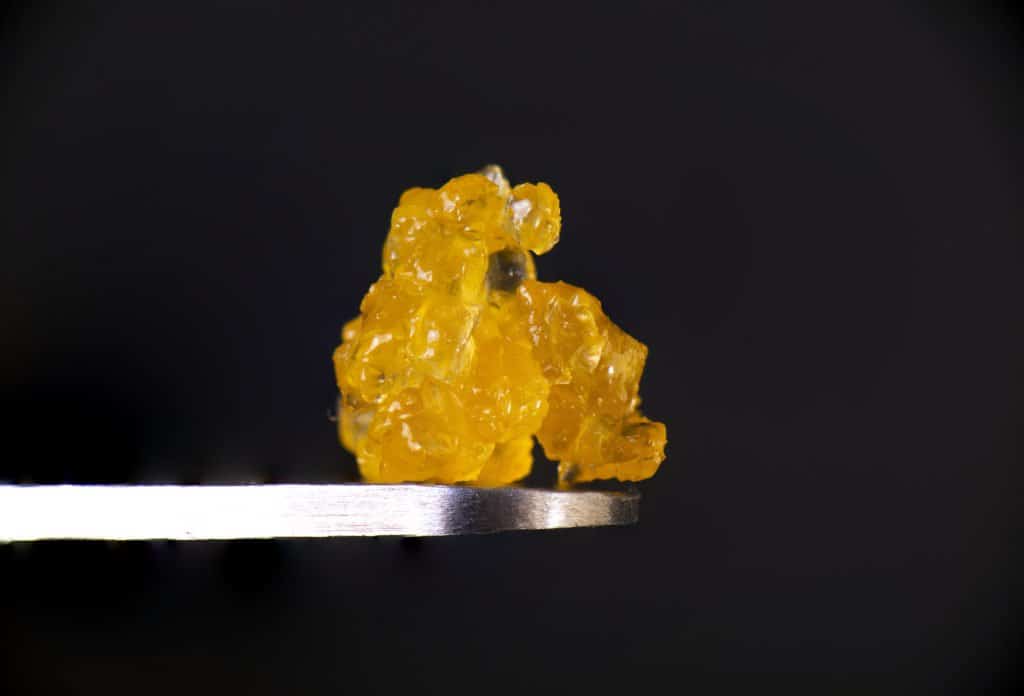 What are High-Terpene Full Spectrum Extracts? In this article we will discuss everything you need to know about high-terpene full-spectrum extracts. Most cannabis concentrate manufacturers use solvents such as butane, propane, hexane, and carbon dioxide (CO2) to extract the bioactive compounds of flower buds or trim. Cannabis concentrates contain a significantly higher level of cannabinoids including tetrahydrocannabinol (THC) and cannabidiol (CBD) than cannabis flowers, nugs, and buds. While these extracts can exhibit a robust potency, they often lack the strain’s original flavor.

Some extraction techniques, such as supercritical CO2 extraction, can degrade a large number of terpenes, the aromatic compounds responsible for a strain’s unique smell. Other extraction techniques allow companies to extract cannabinoids and terpenes separately then blend them afterward, although this process doesn’t retain the full range of terpenes.

High-terpene full-spectrum extracts (HTFSE) are the latest rage among concentrate connoisseurs looking for a flavorful and aromatic extract that represents the strain’s original chemical profile. Terpenes are highly volatile compounds that can degrade at a quicker rate than other compounds in cannabis during the extraction process. Extract manufacturers are developing new and improved processes create terpene-rich extracts.

What are High-Terpene Full-Spectrum Extracts (HTFSE)?

HCFSE contain around 90 percent THCA, the un-activated precursor compound that converts to THC when heated at a certain temperature. HTFSE contain anywhere between 13 to 25 percent terpenes and 50 percent THCA. HTFSE has a runnier consistency with some grit or crystals, while HCFSE has more of a sugar or diamond-like appearance. That’s because cannabinoids can crystalize during the extraction process, while terpenes don’t.

Using a solvent or mix of solvents, HTFSE must start off with premium cannabis buds that have a high percentage of terpenes. HTFSE undergoes an extraction process that typically uses a light hydrocarbon blend of butane and propane. The hydrocarbon blend is pushed through a container filled with cannabis and dissolves all cannabis compounds including a blend of all major and minor terpenes.

After the compounds are dissolved, HTFSE go through a slow vacuum purge at low temperatures for as long as a few weeks. A vacuum purge of the dissolved extract can take at least three weeks to remove residual solvent, separate the terpene oil, and crystallize THCA compounds. In a single extraction run, manufacturers can reap all the cannabinoids, terpenes, flavonoids, and other minor cannabis compounds. The final HTFSE extract looks like diamonds drenched in a sticky, viscous, golden, and translucent sauce, also known as the terpenes and flavonoids.

If you’re an avid cannabis user, you’re very familiar with the distinct odors emanating from cannabis flower buds. Besides their fragrant aromas, terpenes are thought to provide some medicinal characteristics. Although they only make up a small percentage of the cannabis plant’s compounds, terpenes have been shown to amplify the effects of therapeutic cannabinoids.

Traditionally, terpenes have been used for medicinal purposes without an understanding of their exact mechanism of action. Some studies have shown that terpene essential oils “have presented important results in cell and animal systems according to their anti-inflammatory, anti-tumorigenic, or neuroprotective activities.” Essentially, terpenes can not only improve the flavor of an extract, but also its therapeutic effect. These effects have been studied more extensively with terpenes that are not combined with cannabinoids.

HCFSE contain around 90 percent THCA, while HTFSE contain about 50 percent. While the intoxicating potency of THC is important, mounting research shows that a combination of cannabis compounds can be more effective in some cases. A lower THCA extract with a high terpene content shouldn’t be completely discounted.

HTFSE differs from THC distillate and terpenes blended together because reintroducing terpenes back into the cannabinoid solution can leave behind some valuable compounds and only capture one group of terpenes, known as monoterpenes. HTFSE captures a range of the strain’s native terpenes including monoterpenes, sesquiterpenes, diterpenes, triterpenes, and other flavor compounds.

How to Consume HTFSE

HTFSE can be consumed by smoking, dabbing, or vaporizing the material. Dabbing requires a dab rig, nail, and butane torch. Nails can be made of heat-resistant materials such as quartz, ceramic, and titanium. Dabbers employ a variety of dabbing techniques that ultimately require to heat a dab of the concentrate on the nail. Consumers inhale the resulting vapor in the rig.

If you don’t have a dab rig on hand, you can smoke HTFSE extracts by adding a small amount of your extract on top of bowls, joints, or blunts. You can also use an earth stone to smoke your HTFSE in a bowl. Keep in mind, these crude methods of heating HTFSE can ruin much of the intended flavor and aroma due to the high temperatures used. Portable vaporizers are a much more effective delivery method. Vaporization avoids combustion and heats HTFSE at low temperatures to create a smoother taste.

HTFSE extraction is in its infancy due to a lack of research on cannabis compounds and their interactions with each other. We’ve only scratched the surface of understanding the entourage effect and the effects of cannabinoids and terpenes. If you’re interested in trying out HTFSE, make sure to ask for lab results to confirm that the extract contains a complete cannabis chemical profile.