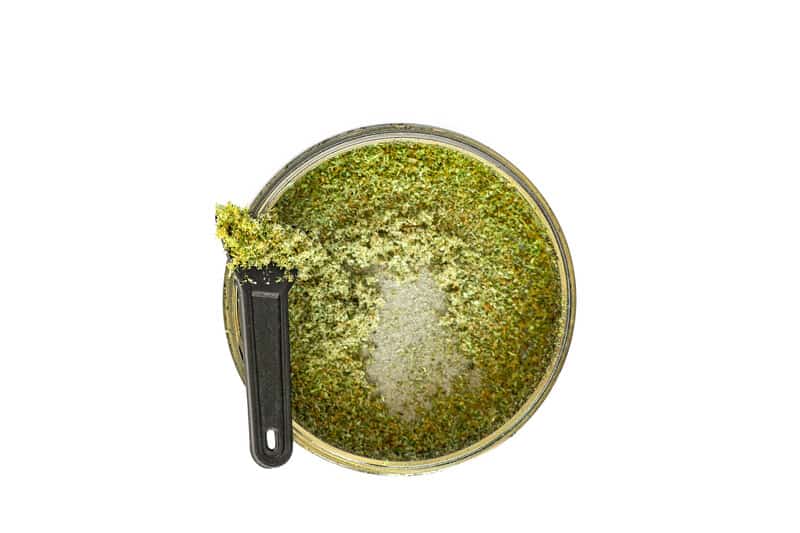 If you are not aware of what the sticky, small crystals are that cover over cannabis flower, you are about to find out. It is called kief, which is also known by many as the pollen or dry sift. It is actually the resin glands, which consists of the CBD and terpenes that make marijuana so distinct.

Even though cannabis with out kief consists of cannabinoids or CBD, the resin glands on the flower buds have more CBD strength and so packs the most punch.

Resin glands are also known as trichomes. It covers the marijuana flower with white hairs. Even though, kief refers specifically to the formation of crystal on the tip of the resin gland, the actual substance is only one portion of the trichome or white hair.

The resin has a distinct smell, which is very strong, attracting predators and insects that are pollinating. The trichomes or resin glands found on the marijuana plant are good at keeping away those ravenous herbivores. How? They produce intense psychoactive activity, which in theory, disorients the herbivores and prevents any eating of the marijuana plant.

Let’s take a look at the kief extraction process.

In kief extraction, you are going to need a large cannabis grinder with three chambers to do the sifting and collecting of the kief. If not, then the kief will be wasted as it is sticky and will remain in any other container while it is being grinded.

You don’t have to buy an expensive kief extraction equipment to do this. Resin glands have high concentrations of CBD and terpenes and so the crystals from the kief are separated from the marijuana plant matter, which is an excellent way to consume marijuana as you reduce the amount of charred substance that goes into the body.

Kief extraction is a simple process. The herb grinder helps to grind the kief into a fine substance and allows the crystals to easily sift through the screen, collecting the powdered residue into a tiny compartment.

It is best to use three chambers for the grinding and collecting process since two chambers may cause potent portion of the kief to waste as the crystals will stick to the interior of the grinder. If you are going to extract large portions of kief, you would use a silk screen, which allows you to easily separate the kief from the marijuana plant matter.

There are many people that make their own kief sifters by creating layered screens. However, it can be challenging to separate the kief from the plant matter since they can measure between 75 microns and 125 microns.

If you want to ensure that the cleanest resin is collected without the unwanted marijuana plant matter, you have to first stack up to four layers of finely constructed mesh screens on top of each other.

While kief might not be the most amazing cannabis product on the market, it is still one of those popular products that easy to access. To learn about cannabis extraction training, visit the Cannabis Training University today.