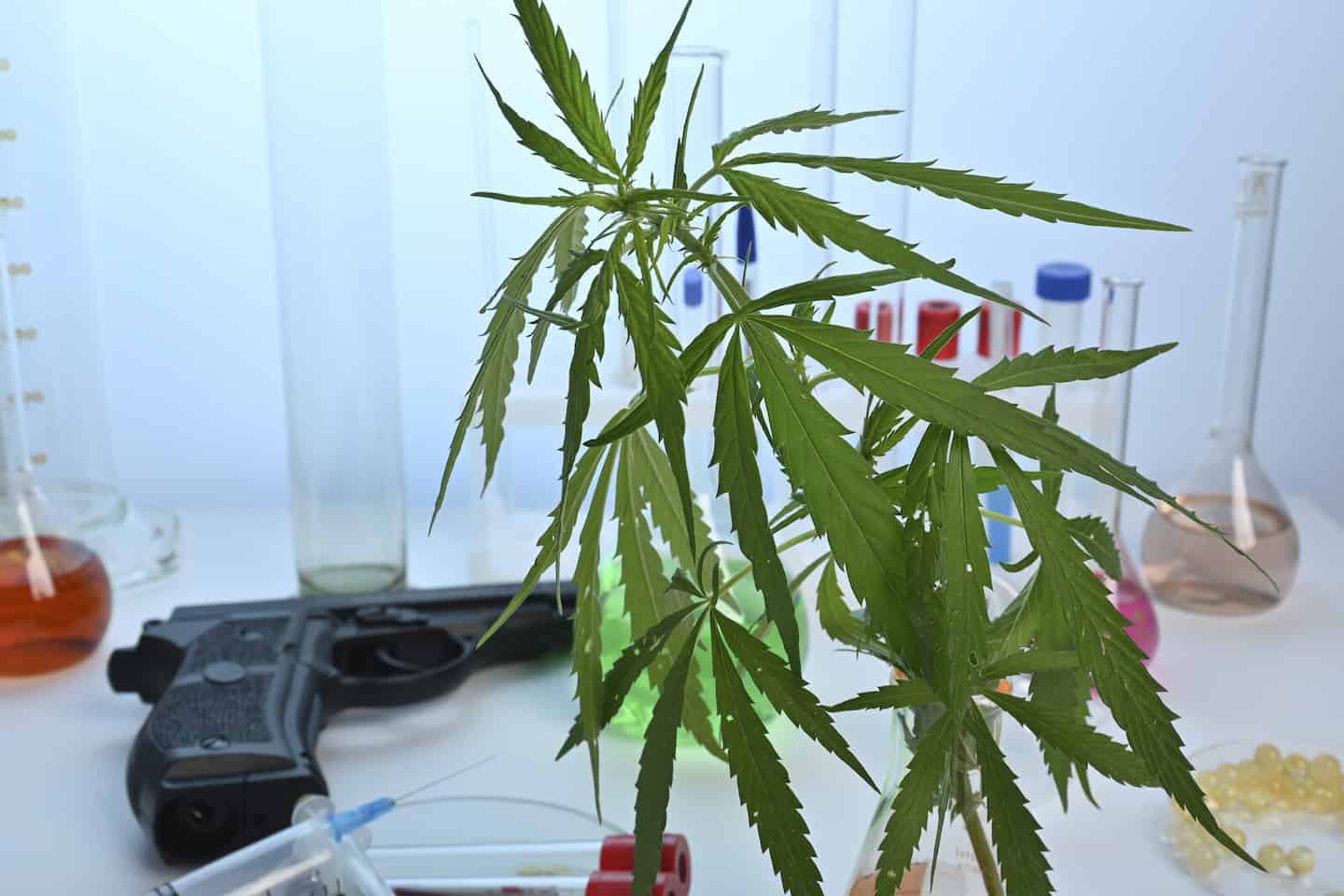 Under federal law, anyone who uses cannabis for any purpose, including a medical cannabis cardholder, is not allowed to buy or possess a firearm. Cannabis users can break the law in two instances: When purchasing a gun and owning or possessing a firearm. Our marijuana and concealed carry laws guide covers the relevant laws and penalties for owning a gun as a marijuana user.

In September 2011, the Bureau of Alcohol, Tobacco, Firearms, and Explosives (ATF) sent an open letter to all federal firearm licensees (FFLs) stating that knowingly selling a gun to any cannabis user, even if possession is legal in their state, would violate federal law. Gun dealers would risk losing their license if they knowingly sold to cannabis users.

The letter stated that “marijuana is listed in the Controlled Substances Act as a Schedule I controlled substance, and there are no exceptions in Federal law for marijuana purportedly used for medicinal purposes, even if such use is sanctioned by State law.”

“Further, Federal law, 18 U.S.C § 922(d)(3) makes it unlawful for any person to sell or otherwise dispose of any firearm or ammunition to any person knowing or having reasonable cause to believe that such is an unlawful user of or addicted to a controlled substance,” the letter continued.

Cannabis User Sues the ATF and U.S Department of Justice

In October 2011, S. Rowan Wilson tried to buy a firearm from a licensed dealer in Nevada. She voluntarily told the store that she had a medical cannabis card. The dealer let her know that he had reasonable cause to think she used medical cannabis and denied the sale.

Wilson sued the U.S Attorney General and the ATF for violating her Second Amendment rights. A lower court dismissed her complaint, and the 9th Circuit Court of Appeals ruled in favor of the ATF and U.S. Department of Justice.

How Does ATF Regulate Firearm Purchases

When you buy a firearm, you need to complete a Firearms Transaction Record (Form 4473) for the ATF. You must self-disclose if you are “an unlawful user of, or addicted to, marijuana or any depressant, stimulant, narcotic drug, or any other controlled substance.”

The form states that “the use of possession or marijuana remains unlawful under Federal law regardless of whether it has been legalized or decriminalized for medicinal or recreational purposes in the state where you reside.” No mentions of other mind-altering Schedule I substances are explicitly listed.

If you disclose that you use marijuana, you will be prohibited from buying a firearm. No caution is given to current firearm owners who use cannabis medically or recreationally. Doctors are not required to consider the legal ramifications of their patient’s medical cannabis use. Firearm owners are expected to either stop owning a firearm or using cannabis on their own.

Possessing a firearm and using federally illegal drugs (i.e. cannabis) is punishable by up to five years in jail and a $10,000 fine.

Lying about your cannabis use status on Form 4473 is considered felony and is punishable by a fine of up to $10,000 and up to 10 years in jail. However, state and federal law enforcement does not track cannabis consumers due to privacy rights. Still, there have been instances where lying on this form has led to convictions.

Licensed firearm dealers also have broad discretion in denying gun sales without having to give the customer an explanation. Gun dealers mainly watch out for suspected “straw purchases” where one person illegally purchases a firearm for another. If a gun dealer smells cannabis on you or has a hunch about your cannabis use, they may deny you a gun.

Concealed Carry Licenses and Cannabis Use

Currently, firearm owners or concealed carry license holders face a significant risk using cannabis, even if they have a state-issued medical card. Consider the repercussions of using cannabis for medical or recreational purposes and speak with an attorney to understand your state’s firearm and cannabis laws and how they pertain to you.