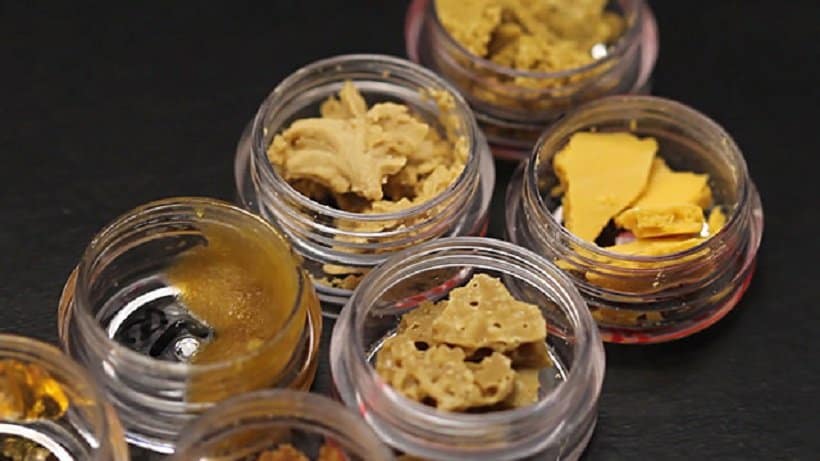 Not everyone can tolerate consuming these concentrates because some of them are so potent. Yes, concentrates have a higher level of potency than the flower does. The flower appears to be easier for most people to consume in a joint or other form of consumption. Let's explore.

There are several facts that you should know as it relates to marijuana concentrates. For one, concentrates are identified by name. There are many marijuana strains that are available if you are going to consume the flower. However, with cannabis concentrates, you wouldn't necessarily name the strains, but the extracts. It can get quite confusing, if you don't know the names of those extracts.

Let's imagine that you stood in a marijuana dispensary and look into the glass counter in an attempt to make a purchase. But then, you notice that there are quite a number of cannabis products such as wax, honey oil, CO2, BHO, rosin, shatter, tinctures, hash oil, edibles and capsules. Many of the cannabis products mentioned here are just a different name for almost the same product.

Let's look at some tips that will help to narrow the search.

The Texture of Marijuana Concentrates

Honeycomb, crumble, wax, shatter and oil are usually referred to the texture of the concentrate. Some individuals prefer the consistency of an extract. However, some people consider the solvent that was used to create the concentrate and its compatibility with the extract that they prefer to consume.

Most of these marijuana concentrates use CO2 during the extraction process. They also sometimes use propane, butane, alcohol, water, heat and hydrocarbons. Extracts that don't use solvents, but use water instead are called hash oil. Extracts that don't use solvents, but heat are usually called rosin. These are the best choices for people who are leery about consuming anything related to solvents.

If you walk into a marijuana dispensary and you are unsure about all of this, ask the budtender about the kind of oils that will work with your consumption method. You could try things like hash oil, shatter or the CO2 oil, if you want to indulge in dabbing. If you want to use a vape pen, make sure you select a cartridge that would be compatible with the vape pen's battery. If you want to ingest marijuana concentrates, ask the budtender about the dosage for oil capsules and tinctures.

The Potency of Concentrates

Some people are scared by th ese high numbers, especially those who are new to the game. As the potency rises, the dosage gets a little trickier. If you are nw to marijuana concentrates, it is best to choose a milder version with a higher CBD level.

You can vaporize, roll or smoke the marijuana bud, but there is not many other ways to use it. However, with marijuana concentrates, you definitely have more options such as dabbing, ingestible oils that make edibles, tinctures that you take sublingually, and hash oils. If you want to know more about marijuana concentrates, visit Cannabis Training University, the leader in cannabis education.