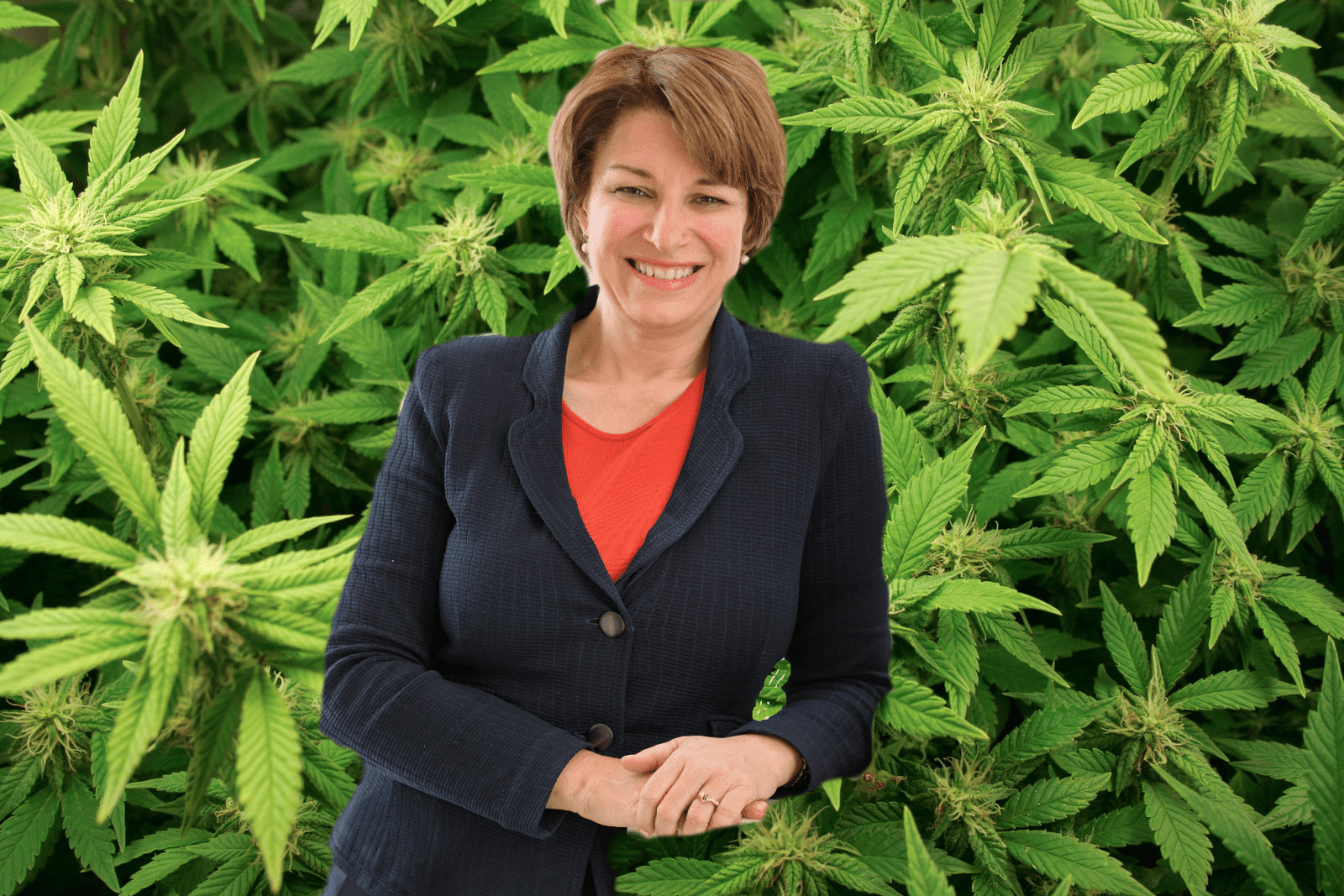 In the most recent weeks, Amy Klobuchar, a Democratic Senator from Minnesota announced her run for President of the United States for 2020. She is among a field of democrats that have entered the political arena to do the same. Senator Klobuchar is a former prosecutor. Nothing has been reported about her marijuana views while she was a prosecutor. However, she has supported legislative reform and we have a few issues that she has shown a stance on.

Senator Klobuchar has not yet personally introduced a marijuana bill to the floor. However, she has been known to sign four different cannabis registration filed by her colleagues in the Senate. The Senator is a cosponsor for a bill that would make changes to the Controlled Substance Act. This would not hold states liable for federal intervention, if they have already legalized weed. The bill (Strengthening the Tenth Amendment through Entrusting States Act) was introduced by Senator Elizabeth Warren who is another presidential candidate for 2020.

Amy Klobuchar, the former prosecutor has also been labeled for being a part of a design to expand marijuana research. This is one of her most recent marijuana views, which should be highly noted since research has been at a minimum because of the federal government regulations. The Senator wants to have more research done and more facilities allowed the cultivation of marijuana for research. She also wants to have the federal government to reconsider labeling CBD or cannabidiol as a controlled substance. She also cosponsored another bill and made her marijuana views known of removing plants rich in CBD and CBD from being defined as it was by the federal government.

Compared to many of her colleagues in the senate that's on a quest to become president in 2020, Klobuchar did not sign on to Senator Cory Booker's bill, the Marijuana Justice Act. She has yet to jump onboard. This bill was introduced to take cannabis off of Schedule 1 and withhold financial support from states that have biased enforcement as it relates to small amounts of marijuana possession. On the other hand, Klobuchar is one of eight Democratic Senators who has signed the letter sent to former Attorney General, Jeff Sessions with a demand for responses to the application status for cannabis manufacturers seeking federal authorization for research purposes.

One of the marijuana views that Amy Klobuchar holds unlike her other 2020 presidential candidates is that she hardly every discusses marijuana in public. It might not be a topic that she is comfortable with. When her Facebook and Twitter accounts were searched, it resulted in no posts related to marijuana. However, she did post a tweet approving the Farm Bill, which was passed to include the legalization of hemp. Klobuchar thinks that the Farm Bill was a great thing for farmers, conservative programs and nutrition.

On her website, Klobuchar only mentions the marijuana policy once. She indicates that she is finally opposed to the efforts made by the current administration to roll back the policy that Obama left in place and that policy was for the federal government to not impede or get involved with state laws that legalize marijuana. This is one of the marijuana views that she must be proud of.

She also includes her legislation co-sponsorships on her website including the possibility for cannabis research in the near future. Klobuchar has also supported the medical cannabis program in her home state, Minnesota. She also supports the medical cannabis law in Minnesota for residents with conditions such as multiple sclerosis and cancer; among others approved by the state.

If you want to learn more about the marijuana views of other presidential candidates, visit the Cannabis Training University.