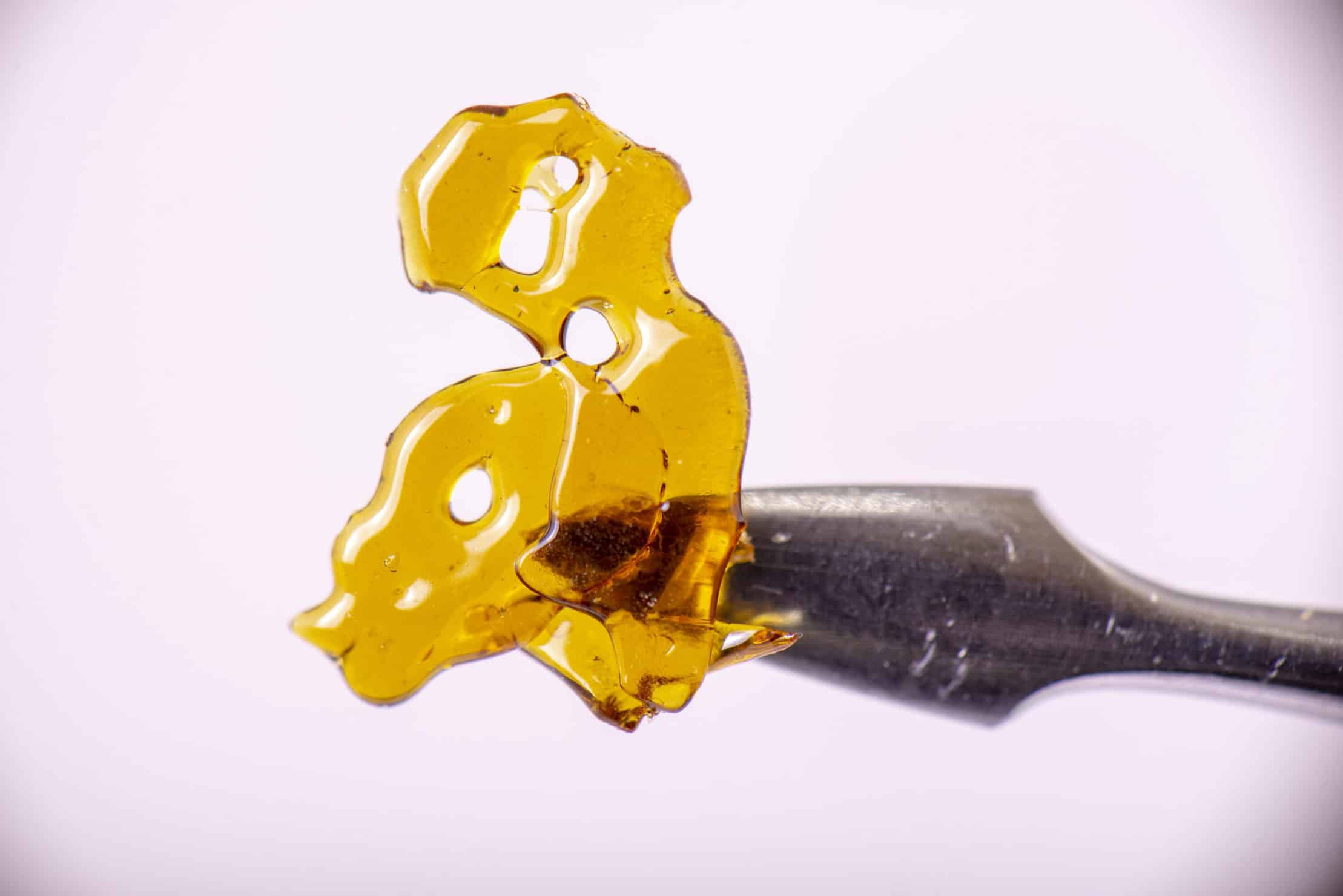 Solvent based extractions typically produce concentrates that are known as oil. If made properly, this means the concentrate will be free of plant matter (also known as contaminate). These oils will melt and vaporize to nothing – meaning very minimal residue will remain on the nail if dabbed, for instance.

Cannabis concentrate derived from a butane-based extraction is referred to as Butane Hash Oil or BHO for short. BHO is by far the most popular concentrate of late as a result of its potency and varying consistencies; shatter, budder, sap, snap n' pull, and sugar can all be derived from butane extraction. Although dangerous to make at home, sophisticated machinery has made commercial production safe and effective. BHO should be produced by a reputable extractor who understands how to properly purge each run to avoid unpleasant aftertaste or harsh residual butane.

Perhaps the best analogy for how it works is an espresso machine: as the water passes through the puck of ground coffee beans it strips them of their oils (which contain the caffeine, flavor, and aroma) into a filtered, highly concentrated solution. For cannabis, the extractor places plant material in a column with a filtration screen at the end, and as the butane passes through the column it strips the plant material of its cannabinoids and terpenes.

The solution containing both butane and beneficial cannabis compounds is then placed in a vacuum oven in order to evaporate, or purge, the BHO of its butane and any other foreign contaminants. There is almost always trace amounts of butane in the oil produced by these extractions, so try to minimize your risk by purchasing lab-tested BHO. Some legal states have begun to place maximums on the amount (PPM) of residual solvent allowed in BHO sold in dispensaries. Make sure your oil is properly purged!

Concentrate derived from a propane-based extraction is referred to as Propane Hash Oil, or PHO for short. Although others are possible, the consistency of PHO is typically budder. The process of propane extraction is very similar to butane extraction, the primary difference is simply swapping butane for propane.

Propane extractions run at higher pressures, stripping different ratios of plant waxes and oils than butane which, depending on the strain, can deliver less residuals and higher levels of terpene preservation.

Propane has a lower boiling point than butane, which allows for a lower purging temperature for PHO and results in the buddery consistency as opposed to shatter. We note that some extraction companies utilize a blend of propane and butane.

CO2 oil is the golden liquid used in almost every pre-filled vaporizer pen cartridge. It is substantially safer than propane and butane-derived extracts. CO2 oil is a clean, dab-able product once removed from the extraction machine with no harmful residuals or risk of toxicity. Another upside to CO2 extractions is that it kills any mold or bacteria present in the plant material. Although safer to consume, in our experience, CO2 oil lacks the flavor profile (terpene content) present in BHO and PHO. CO2 oil is commonly used in edibles and can be purchased in its activated form.

CO2 extractions almost always produce a viscous oil (color can range from amber to dark) that is typically delivered in an oral syringe. However, secondary refining processes can bring CO2 extractions to a stable, shatter-like state.

Supercritical or subcritical carbon dioxide extractions involve holding the CO2 at high or low pressures, respectively; the process involves extremely expensive extraction machines. The CO2 passes through the cannabis material and strips the plant of its oils, waxes and other matter. By adjusting certain parameters, the extractor can save more cannabinoids and terpenes in order to preserve purity or strip more unessential material like chlorophylls to increase yield.