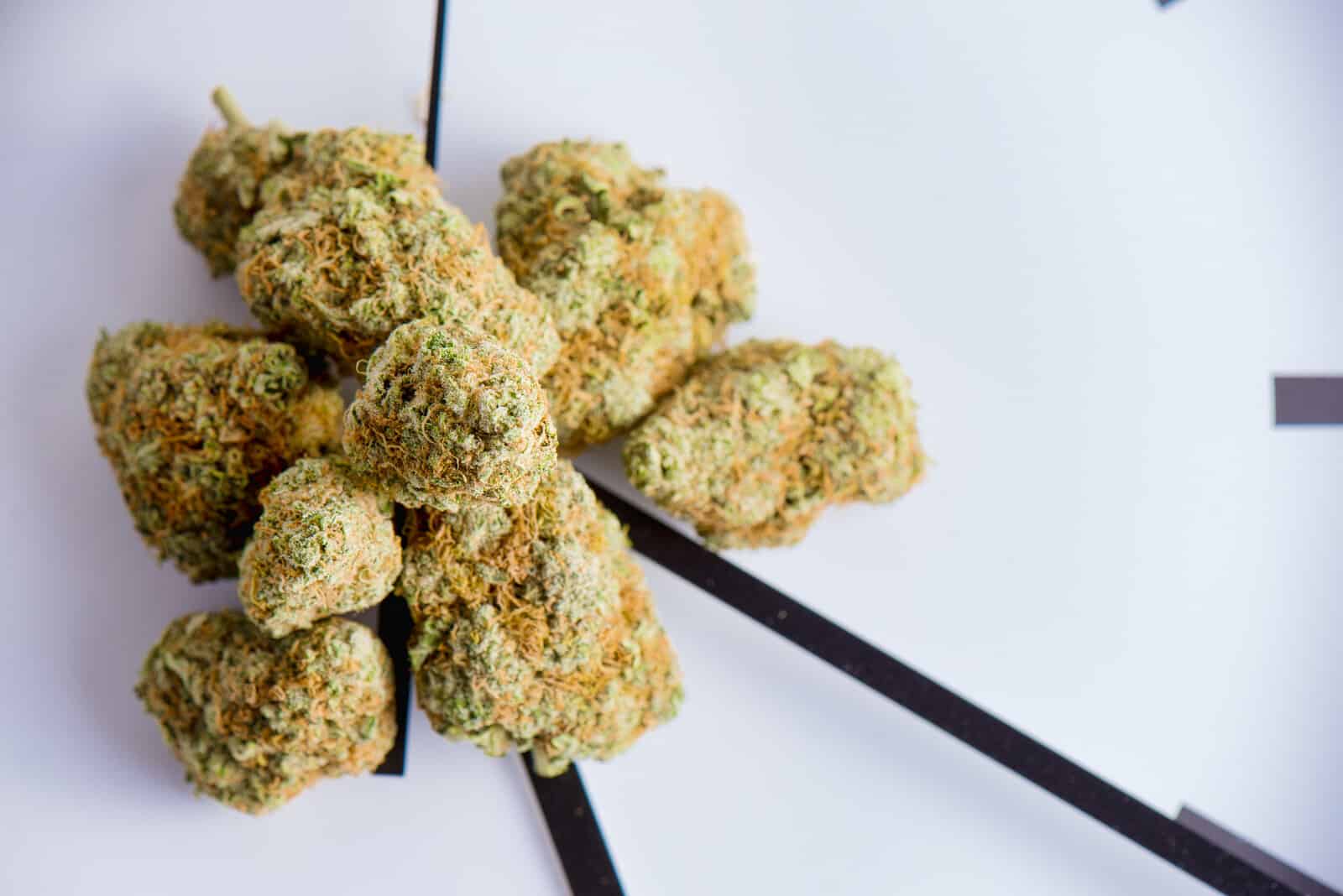 “What does 420 mean?” is one of the most commonly asked cannabis-related questions on search engines. 420 is a worldwide phenomenon during which cannabis consumers partake in social consumption rituals on the special cannabis holiday that only comes around once a year. Learn all about the meaning behind 420 with our in-depth guide on this pot-related term.

What Is The Meaning Behind 420?

420 refers to the global pot holiday that happens on April 20, or 4/20. Marijuana users around the world get together to celebrate in their own special ways the wonders of the cannabis plant. It’s like Christmas for cannabis consumers. On April 20, you may notice many cannabis events taking place.

People in legal states meet with friends or at large events full of music and other entertainment, albeit, cannabis is usually not allowed at these public events. More loosely, the term can be applied to the consumption of marijuana, especially when consumed at 4:20 pm.

There are many myths surrounding the meaning of 420. Many users will claim that 420 is the penal code section for cannabis use or the police radio code for marijuana consumption in progress. 420 is also claimed to be the number of chemical compounds found in cannabis. Others argue that 420 is dedicated to the day Jim Morrison died or Adolf Hitler’s birthday. None of these half-baked theories are related to the actual origin.

The term 420 originated sometime in 1971. It started with a group of California high school students who called themselves “the Waldos” because they liked to hang-out by a wall outside the school. The Waldos consisted of Steve Capper, Jeffrey Noel, Larry Schwartz, Mark Gravich, and Dave Reddix. One day, they got a hold of a treasure map made by a grower who claimed there was an abandoned stash on the grounds of their high school.

The Waldos arranged to meet up after school at 4:20 pm to search for the long-lost cannabis stash on the campus of San Rafael High School and developed a code word for the search. If any one of the friends called a “4:20 Louis” that meant the group would meet up after school at the statue of Louis Pasteur (made of stainless steel and granite) to keep searching.

The term eventually morphed into just 4:20. It wasn’t just a call to go hunt for the abandoned stash, but became a code word for smoking marijuana. In 1970, members of the Grateful Dead moved to the San Rafael area from the Bay Area. They knew some of the parents of the Waldos and caught wind of the term and started using it, too.

4:20’s San Rafael roots extended beyond California with the assistance of the Grateful Dead. Reddix got work with the Grateful Dead as a roadie. In December 1990, a group of die-hard Deadheads in Oakland handed out flyers inviting people to smoke “420” on April 20 at 4:20 pm. One of these flyers ended up in the hands of Steve Bloom, a former reporter for High Times.

Pretty soon, the term and its origins appeared in an issue of High Times in 1991 and the publication would reference the number afterward. The Deadheads were one of the first to celebrate pot smoking on April 20. Today, the popular cannabis term has become synonymous with cannabis consumption and marijuana culture.

Whether you’re on a dating profile or looking for an apartment to rent on Craigslist, you’ll probably run into the phrase “420-friendly.” Simply put, if someone is 420-friendly it means they are sympathetic to the cannabis cause and won’t make a big deal if you regularly consume cannabis. They may also consume marijuana.

Cannabis users around the world can celebrate from the comfort of their or a friend’s house with some music, movies, and munchies. There are plenty of fun marijuana activities and events to do around 4/20 outside of the home, too. States with mature cannabis markets such as Colorado and California tend to host more large-scale and eclectic 4/20 celebrations.

4/20 can also be a time for marijuana users to protest in civil disobedience by meeting up at 4:20 pm to consume cannabis. Some areas of the world, including Hyde Park in London, even stop enforcing cannabis laws during this day due to the sheer magnitude of people coming together, but are there to keep order. In America and Canada, 4/20 events are common at the following locations:

It’s no surprise that cannabis deals on flower, concentrates, edibles, and topicals are more common during the 4/20 holiday. Dispensaries may host giveaways and raffles, bring in cannabis vendors, offer hefty discounts like buy-one-get-one-free promotions, and provide entertainment to keep customers in a festive mood. 420 deals bring out more customers and significantly increases revenue on that day.

Some cannabis revenue estimates suggest that cannabis sales can double on the 4/20 holiday. If the average dispensary makes about $10,000 a day, they could earn up to $20,000 on 4/20 due to the increase of 4/20 deals and supplemental purchases. Overall, cannabis sales on 4/20 have experienced tremendous year-over-year growth across the nation.

If you’re wondering what 420 refers to, you’re probably unfamiliar with another cannabis numeral term: 710. 710 refers to cannabis concentrates, also called dab extracts. 710 spells “oil” when looked at upside-down. Just like the 4/20 holiday, many concentrate users celebrate dabbing on the 10th of July or 7/10.

Learn how to grow your own cannabis plant or how to get a career in this fast-growing job market. Understanding the essentials of cannabis or even brushing up on up-to-date cannabis information can put you in a better position to use cannabis more effectively and find a fulfilling career in the industry.