Long-time cannabis activists and co-founders of Harborside dispensary in Oakland, California, Steve and Andrew DeAngelo, are the founders of the nonprofit organization, Last Prisoner Project (LPP). Over the past few years, the two have assembled a team of industry leaders, criminal and social justice advocates, and policy and education experts to help free ...

END_OF_DOCUMENT_TOKEN_TO_BE_REPLACED

Are you wondering how many states have recreational weed in 2021? As of November 2020, 15 US states and Washington D.C. have legalized recreational weed in the US. Another 35 states have also legalized marijuana for medical uses. Compared to years before now, marijuana wasn't generally accepted.Here in this piece, we'll review 11 states in the US that have recreational weed use. However, this does not include the states that permit the use of cannabis for medicinal purposes.It must also be noted that the federal government frowns upon growing and selling marijuana. President Barack Obama's administration planned to decriminalize small drug offenses. It also gave states the power to decide whether or not to allow medicinal and recreational use of ...

END_OF_DOCUMENT_TOKEN_TO_BE_REPLACED 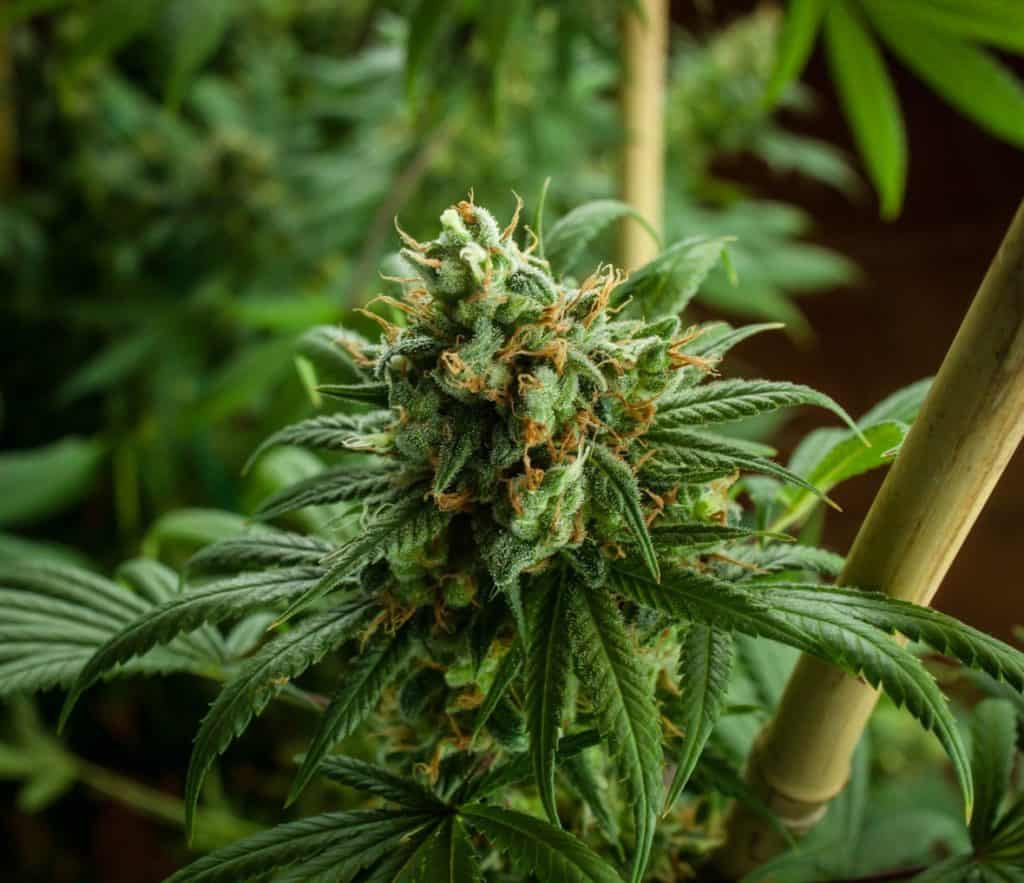 How many marijuana plants can you grow in California? If you plan on growing cannabis in California, there are few things to keep in mind. California allows for the medicinal and recreational use of cannabis. Home cultivation limits vary based on program, as well as city and county laws.Here's a breakdown of the number of marijuana plants you can grow in the state and local restrictions.

Under Proposition 215, qualified patients and caregivers can legally grow medical cannabis for personal use with a recommendation from a licensed physician. As long as you're growing for personal use, you're legally allowed to grow cannabis in an area that's 100 square ...

END_OF_DOCUMENT_TOKEN_TO_BE_REPLACED 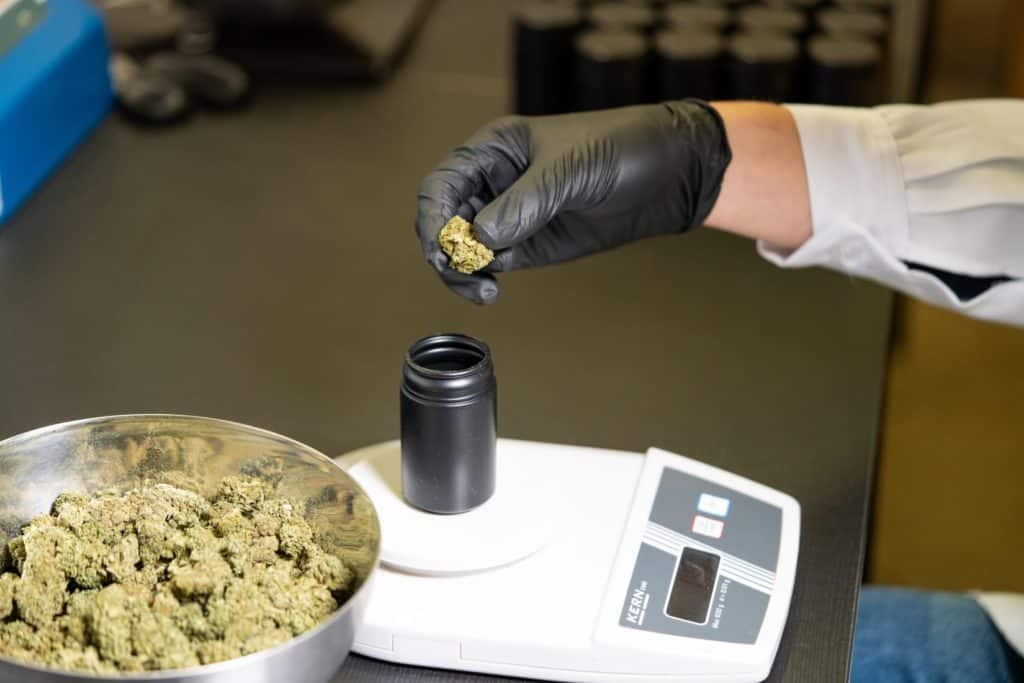 During the November 2020 election, 4 states legalized adult-use cannabis, but when exactly can you start buying it? Medical and recreational state programs have varying implementation time periods. Some states have taken a very long time to jumpstart their programs, while others have taken a more aggressive approach.During the last election, Arizona, Montana, New Jersey, and South Dakota approved the legalization of recreational cannabis. If you live in any of these states and are counting down the days until you can legally buy cannabis, here's when you can expect to do so.

Arizona finally passed adult-use cannabis after coming close just four years ago. This year,  60% of voters were in favor of Prop 207 legalizing cannabis sales. Unlike many other states, ...

END_OF_DOCUMENT_TOKEN_TO_BE_REPLACED 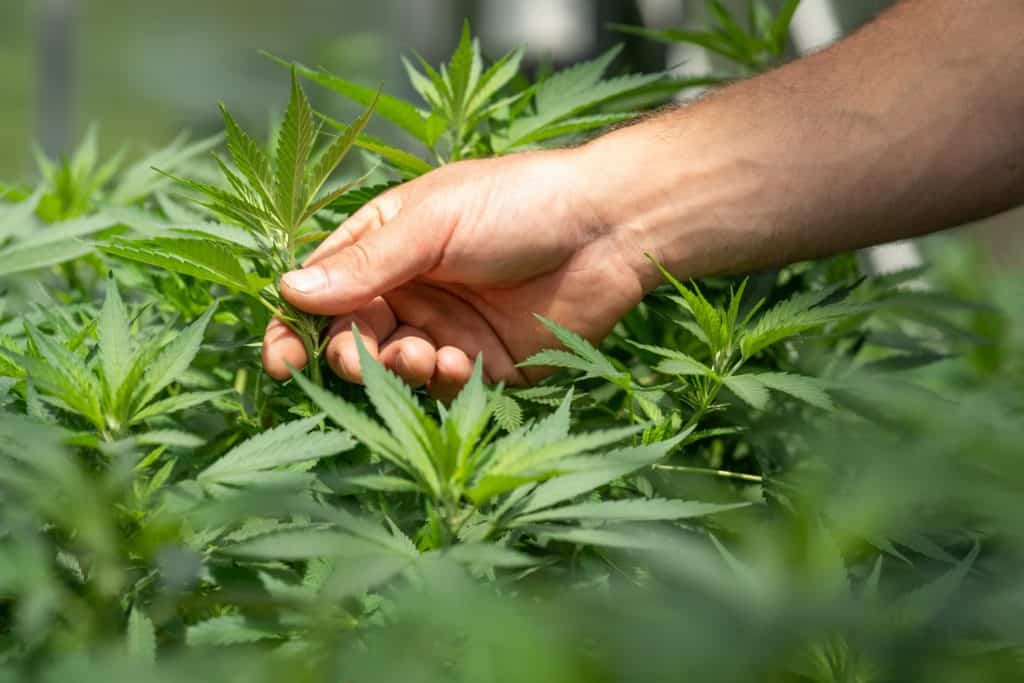 In a historic congressional vote, the US House of Representatives approved a bill to federally legalize cannabis. This marks the first time Congress has acted on a cannabis bill since the Marihuana Tax Act of 1937.It's been a long time coming and is a symbolic win for the industry. However, the momentous marijuana bill isn't expected to pass the Republican-controlled Senate.

Despite the historic vote, cannabis is not yet federally legal.Now that the House of Representatives passed the bill, it must go through a voting process in the Senate. While a long shot, in this case, a Senate-approved bill would go to the White House for a presidential signature.

The Marijuana Opportunity, Reinvestment, and ...

END_OF_DOCUMENT_TOKEN_TO_BE_REPLACED 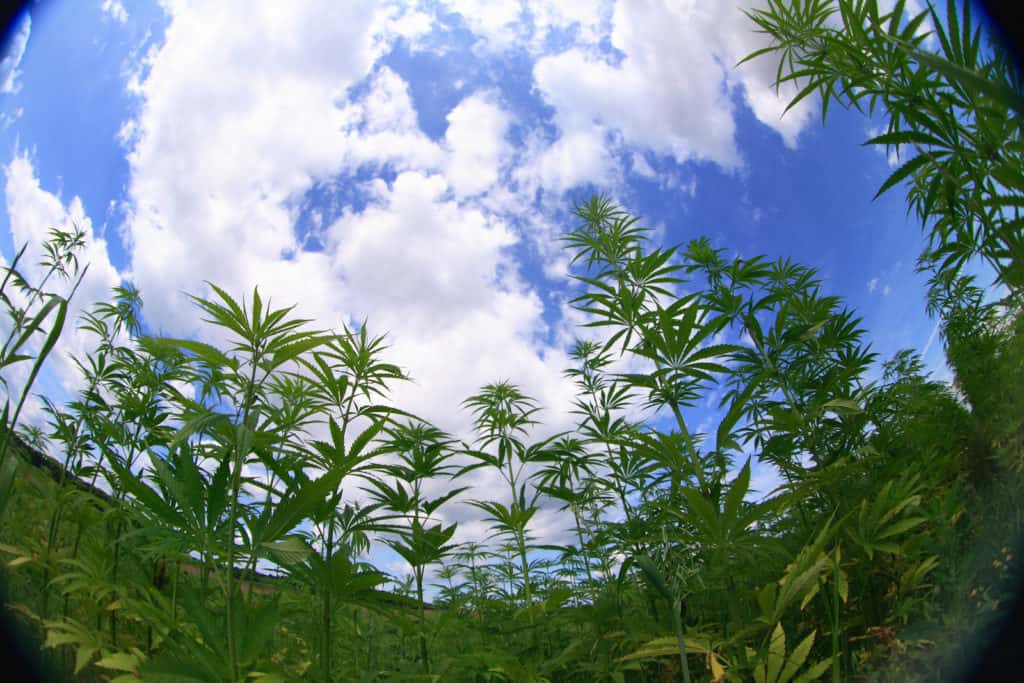 Based in Vienna, Austria, the CND includes 53 member states. At their latest session, they considered a number of recommendations from the World Health Organization (WHO). One of them was the reclassification of cannabis and its derivatives.The WHO recommended removing cannabis from Schedule IV of the 1961 Single Convention on Narcotic Drugs. Under this ruling, the UN listed cannabis alongside addictive substances like opioids and ...

END_OF_DOCUMENT_TOKEN_TO_BE_REPLACED 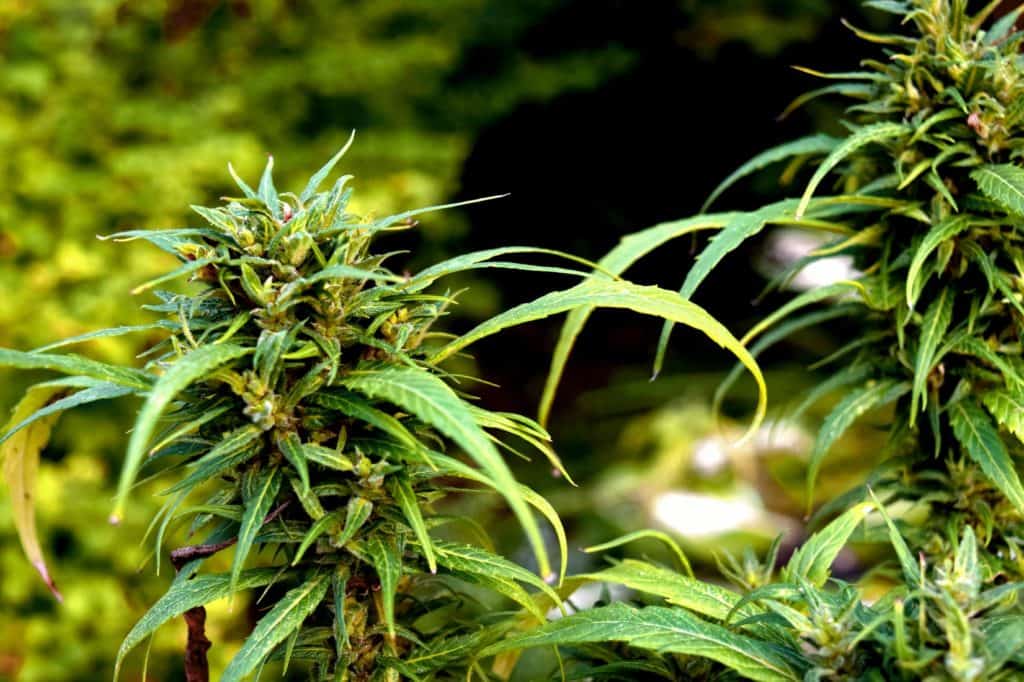 New Jersey voters finally got what they’ve been fighting for for years. Public Question 1 passed with a wide margin. But, the fight isn’t over yet. From testing to license caps, officials must still go through the long process of setting up program rules. Despite ...

END_OF_DOCUMENT_TOKEN_TO_BE_REPLACED 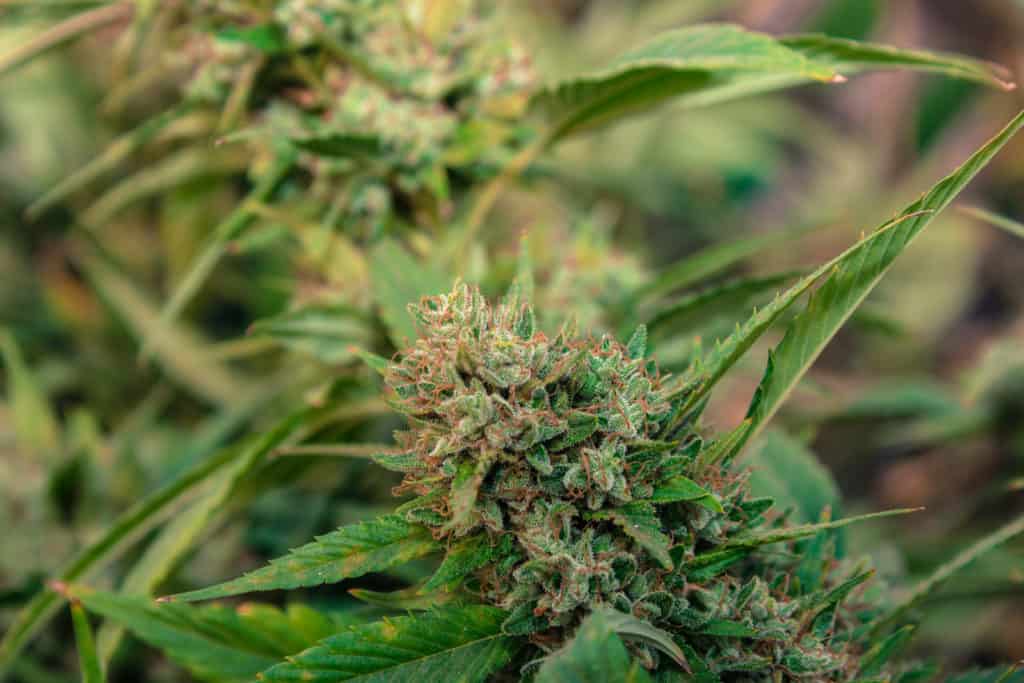 Our 2020 California cannabis bills recap covers industry changes coming in 2021. From banking to taxes to testing, lawmakers passed a handful of weed-related bills this year. While not the change many were looking for, they offer subtle reforms that can make a big impact over the long run.In late September 2020, California Gov. Gavin Newsom signed a few bills that changed the state’s pot market, for the better. State lawmakers proposed more than 2 dozen pot bills. Only 7 of those made it to the governor’s desk. He has said more major changes are coming next year. Here's a breakdown of the state’s new bills.

California is the world’s largest weed market. Even with the COVID-19 pandemic, legal sales ...

END_OF_DOCUMENT_TOKEN_TO_BE_REPLACED 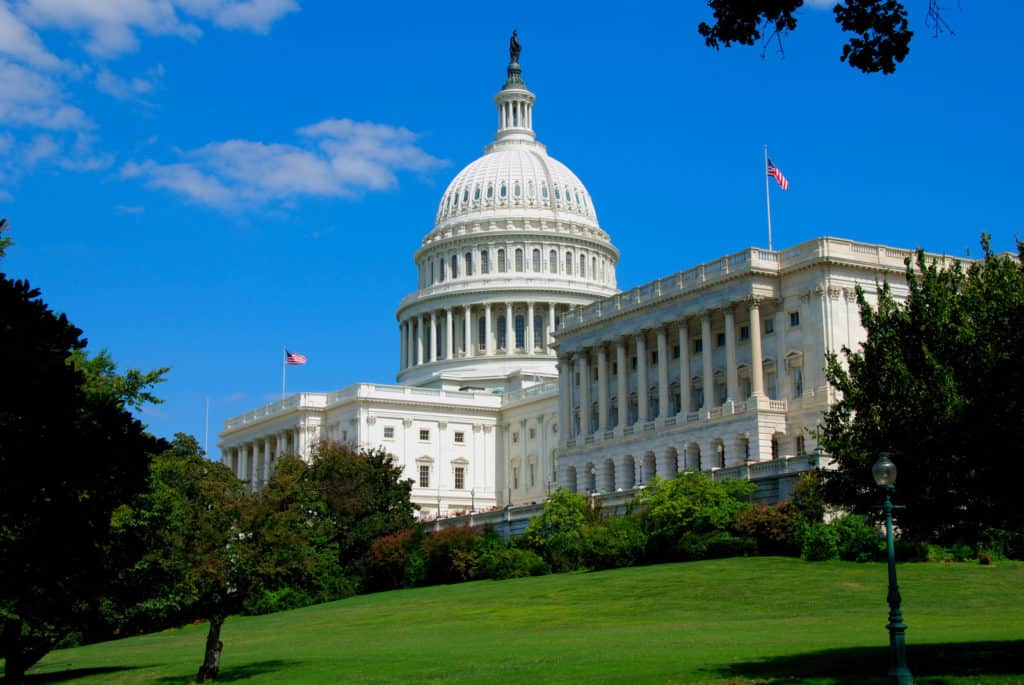 The future of cannabis and the 2020 senate race are closely linked. Here’s our state by state guide on the country’s most important Senate races this election.

The Current State of the Senate

As the election draws near, most people are focused on the race between Biden and Trump. Many people are also focusing on key Senate races. These could change the face of the industry. As you may know, controlling the Senate is crucial to pot reform.Currently, the Republican party controls the Senate with 53 Republicans. Compare that to 45 Democrats and 2 independents. A Senate controlled by Democrats would be big for the industry. With Democrats in power, things could change. Congress could move forward with long-overdue banking reform. They could also scale back federal weed ...

END_OF_DOCUMENT_TOKEN_TO_BE_REPLACED 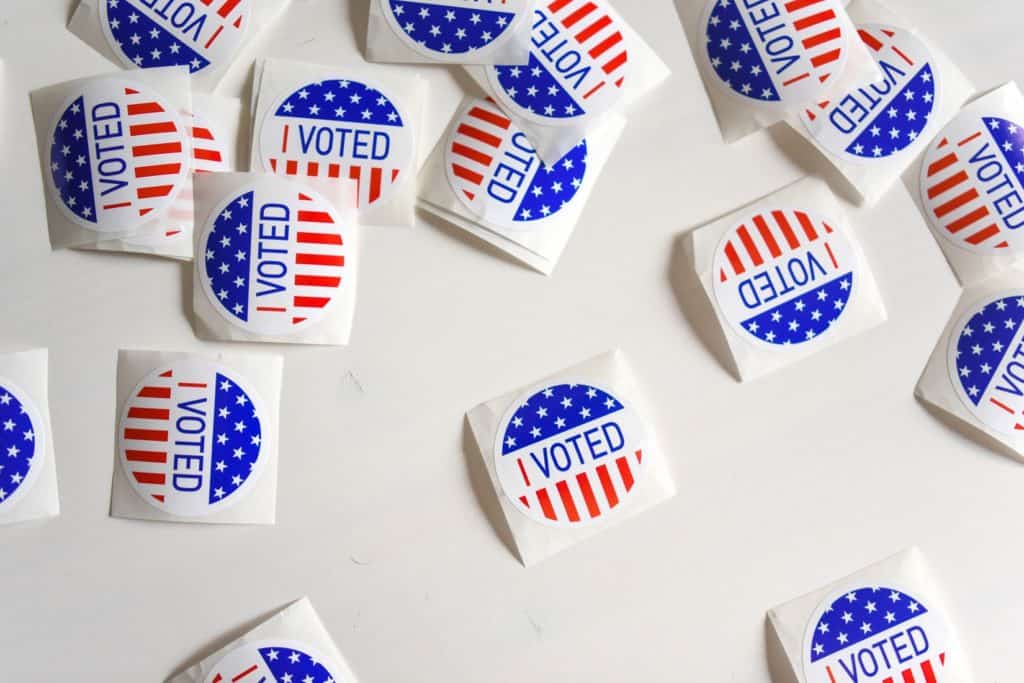 Cannabis is on the ballot in 5 states. Here are our predictions on which states will pass medical and adult-use weed.In exactly one week, voters will flock to the polls across the country. Many have already mailed in their ballots. During this election, voters in 5 states will have the choice to legalize pot. In all of these states, insiders predict at least 1 weed measure to pass. Keep reading to find out more about the measures and our predictions for each state.

At the start of 2020, about 12 states were expected to vote on medical or adult-use measures on election day. After COVID-19 hit, groups had a tough time trying to collect the necessary signatures for their ballot measures. Some groups had to cut their ...

END_OF_DOCUMENT_TOKEN_TO_BE_REPLACED 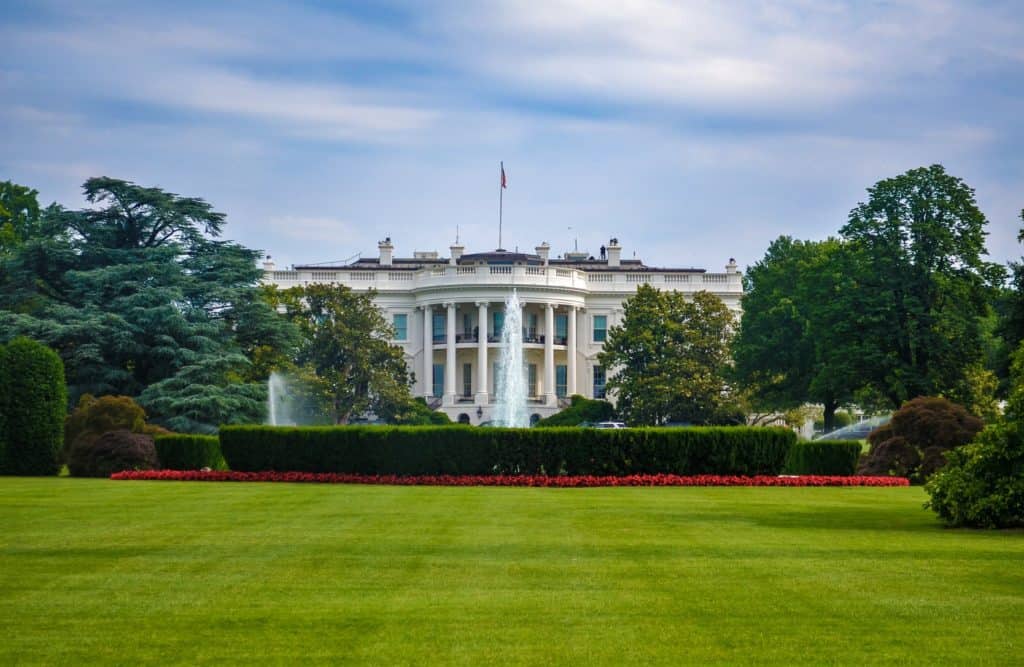 Biden vs. Trump: Who’s the best choice for the cannabis industry? Who will keep the industry's momentum going? Who will look out for the needs of medical patients? Which one will seek criminal justice reform?Election day is almost here. The country is on the verge of making major changes. As a whole, we are set to vote between Joe Biden and Donald Trump for president. Neither candidate offers a promise to legalize weed. However, Biden is more supportive of weed reform. Here’s why a Biden win is better for the pot industry.

Come November 3rd, many voters will be voting for a number of key issues and Congressional seats. Across the nation, 435 seats in the House of Representatives and one-third of Senate seats are up for grabs. One of the most ...

END_OF_DOCUMENT_TOKEN_TO_BE_REPLACED 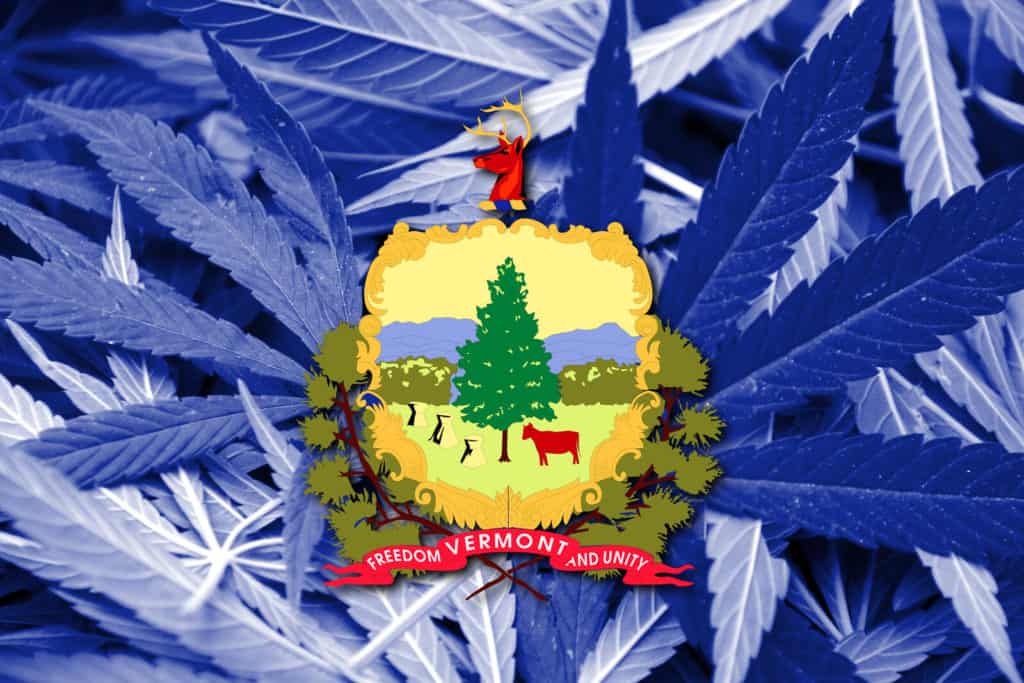 Vermont, like many other states at the time, banned cannabis in 1915. Since then, it has undergone a progressive shift. Now, adult-use and medical cannabis are legal in the state. Keep reading to learn more about The Green Mountain State’s specific adult-use, medical, and CBD/hemp laws.

Yes!In June 2013, Gov. Peter Shumlin signed House Bill 200 into law. The law eliminates criminal penalties for the possession of up to an ounce of cannabis or up to 5 grams of hashish. First-time offenders must pay up to a $200 fine. A second offense gets you a $300 fine. Repeat offenders can’t be charged more than $500 per offense.Possession between 1 and 2 ounces is a misdemeanor. It's punishable by a maximum of 6 months in jail and up to a $500 fine. The same ...

END_OF_DOCUMENT_TOKEN_TO_BE_REPLACED 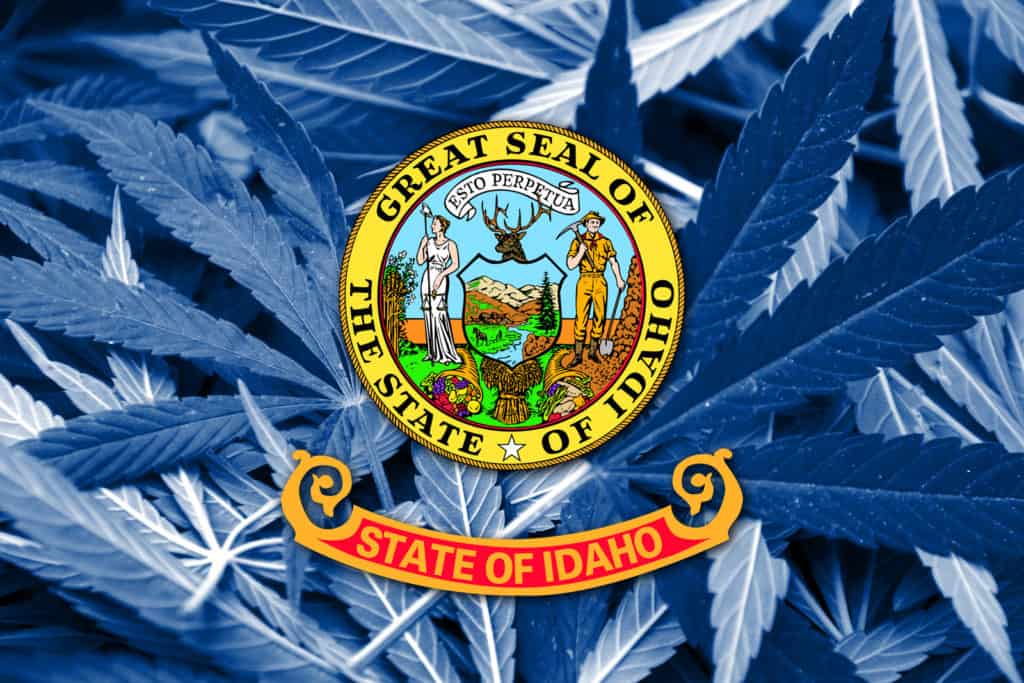 Is weed legal in Idaho? Weed is illegal for medical or recreational use. The Gem State is one of the few still enforcing outdated weed policies. Even possession of small amounts could land you a misdemeanor. If you want to stay on the right side of the law, keep reading our Idaho weed law guide. We cover the penalties for breaking the law and how you can find weed work elsewhere.

Currently, adult-use weed is illegal in Idaho. The state banned weed in 1927 along with a string of other states during a nationwide trend. In 2013, the state legislature passed an anti-pot resolution. The resolution declares that it is the policy of the legislature that the state should never legalize weed for any purposes. Possession Possession of 3 ounces or less is a ...

END_OF_DOCUMENT_TOKEN_TO_BE_REPLACED 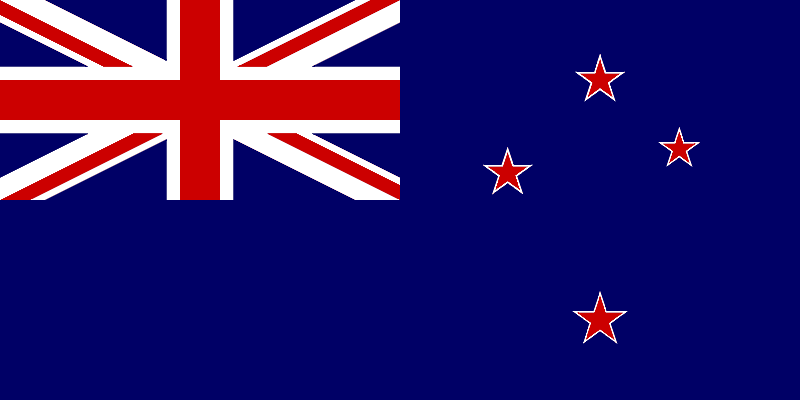 The cannabis referendum in New Zealand is drawing a lot of attention from around the globe, even though it is one that is non- binding. This referendum is scheduled for the 17th of October 2020, but online voting started as early as 3rd October. On the same day the general election will be taking place.  Voters will be using their vote to either support or oppose the proposed "Cannabis Legalization and Control Bill".As mentioned, this referendum is non-binding and will therefore not change the legality of medicinal cannabis or hemp both of which are legal under the current law. It will also not change the nuances such as the illegality of driving or going to work under the influence of cannabis. If a yes vote is passed, the bill will still need to go through parliament for a ...

END_OF_DOCUMENT_TOKEN_TO_BE_REPLACED 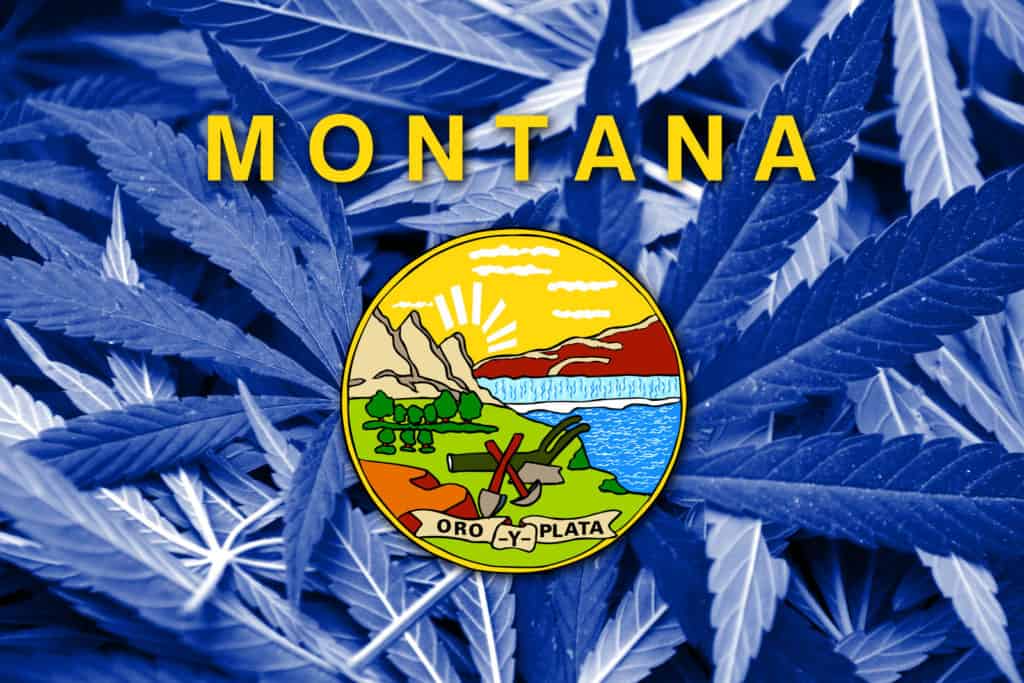 Is weed legal in Montana? Only medical weed is legal in the state. Adult-use has been illegal since 1929. Possession and sale carry harsh minimum sentences and big fines. However, the state is very close to legalizing adult-use pot. Learn more about the state’s weed and hemp laws below.

At the moment, adult-use weed is illegal in the state. However, a measure on the November 2020 ballot would legalize it. Under the bill, only in-state residents would be able to start a weed business. Support is strong for legal pot among residents and lawmakers. If the measure passes, adult-use sales could start in late 2022 or early 2023. Possession Under state law, possession of up to 60 grams is punishable by six months in jail and a maximum fine of $500. A ...