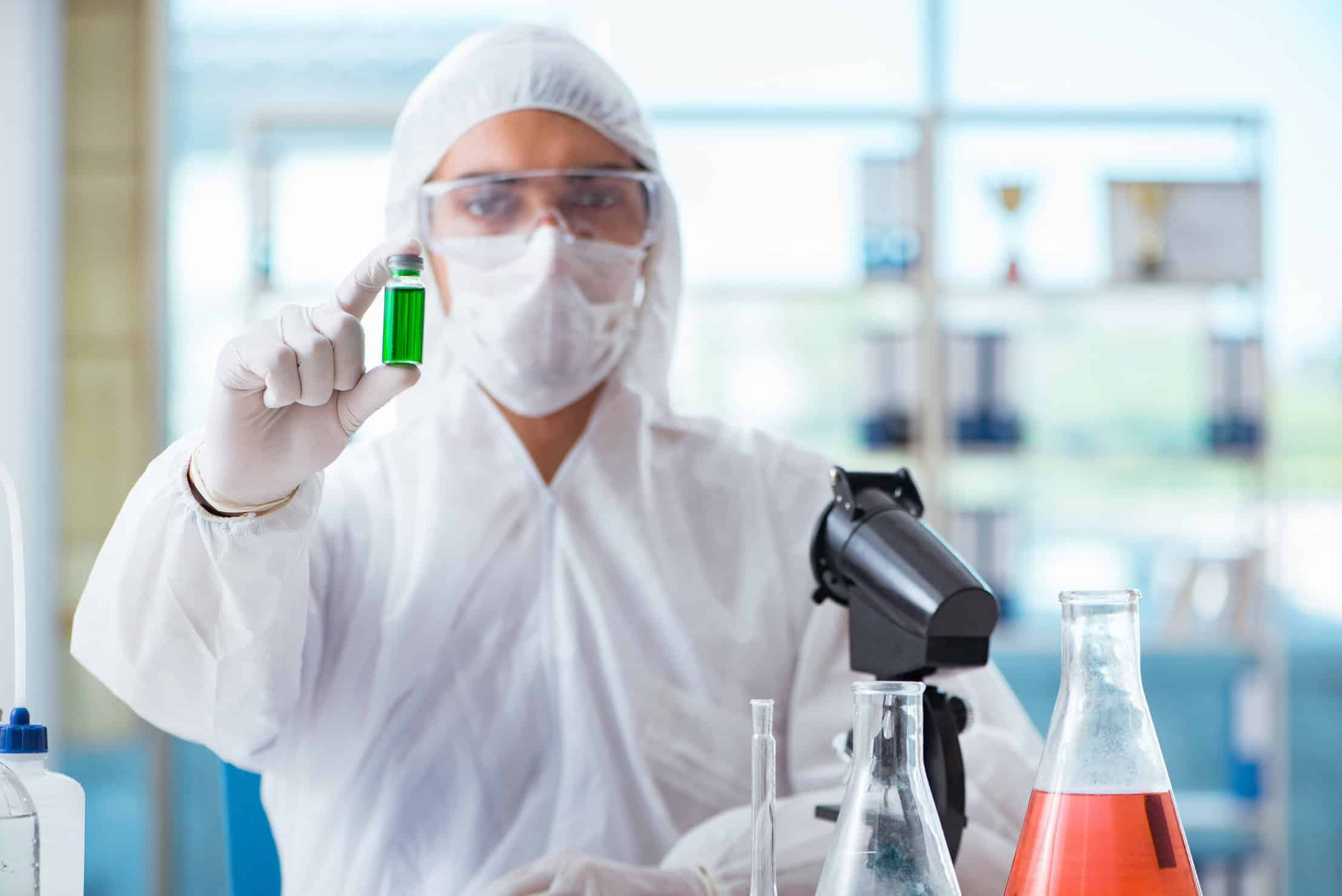 There are many common cannabis contaminants and pollutants, in both home grows and commercial cultivation operations.

These contaminants are often chemical or biological in nature and can range from molds, fungi, and heavy metals to residual pesticide residue. High-residual solvents in cannabis concentrates is another area of pollutants in cannabis and cannabis-related products. These pollutants can have a wide range of causes, with improper growing and manufacturing practices, improper curing or storage, high humidity, improper temperatures, impure water, and the application of noxious chemical pesticides being the most common causes.

Cannabis contaminants differ from common pests like spider mites and aphids, which prey on plants and sustain themselves on plant liquid. These pests can reduce the yield and potency of cannabis harvests, but they do not taint the flower in the same manner as pollutants, although tested flower recalls can and do occur from mite infestations at the time of testing.

For all of these pollutants, sound cultivation practices and procedures will minimize, if not eliminate, any problems with them. The presence of pollutants and contaminants should not normally occur, so their presence indicates some changes should be made. Remember, prevention is the best medicine, so the goal is to prevent these problems from occurring in the first place.

An experienced home grower with a limited number of plants has the advantage of having a small environment to control and monitor, as well as the ability to view every plant closely on a daily basis, so any problems are identified quickly and often addressed before they create serious problems.

Commercial growers face more of a challenge, since they have large growing areas and hundreds of plants to care for and monitor. This allows insidious pathogens to get a foothold and go unnoticed, sometimes until there is a serious problem. Commercial cannabis growers are essentially farmers—with all of the headaches and concerns of farmers of conventional crops. Mainstream farmers aren’t immune to crop pollutants, wither. We’ve all seen numerous recalls on produce items like romaine lettuce contaminated with salmonella, a bacterium that causes food poisoning.

Unfortunately, contaminated cannabis flower is not an uncommon situation among producers of medicinal and recreational cannabis. As recently as December 18, 2018, the Denver Department of Public Health and Environment (DDPHE) announced a voluntary recall by a major medical marijuana producer and wholesaler for mold and yeast concerns on plant material distributed to numerous dispensaries throughout the state. This sort of predicament can cause a public relations nightmare for a cannabis company that quickly has to go into crisis-management mode to protect its name and reputation. Clearly, a situation like this does little to build brand trust and loyalty for these companies.

The most common cannabis pollutants include white powdery mildew and mold. Anyone familiar with cannabis cultivation should be able to spot these problems and, hopefully, catch them early.

White powdery mildew looks much like its name implies. The surface of the cannabis plant looks as if it’s been dusted with flour—which looks very different from the white, sticky coating of trichomes that cover the surface of flower and sweet leaf.

Mold is easy to spot as well, but has quite a different appearance. It most often affects the surface and nooks and crannies of flowers, and looks like fine, clumpy spiderwebs. Mold can also affect other areas of the plant, including the leaves, especially if there are large shade leaves resting on the surface of other leaves. This is one reason why many cultivators thin out the large leaves on their plants. It helps prevent mold growth and allows more light through the plant canopy to reach the flowers on middle and lower branches.

Both white powdery mildew and mold are usually preventable, and if they should strike, some cultivation practice modifications will usually rectify the problem. Overly high humidity and temperatures that fluctuate usually contribute to an outbreak of these cannabis contaminants.

Mildew is not visible to the naked eye and usually results from cannabis flowers that are in an overly wet environment. Just like a wet bath towel that’s been left on a bathroom floor for a day or two can result in the telltale odor of mildew when sniffed, cannabis is vulnerable to growing mildew in a similar way.

Mildew often results from an improper cure. Once cannabis flowers are cut from the plant, trimming (unless it’s a dry trim) and the curing process should occur as soon as possible. Trimmed flower should hang for drying. Most commercial cannabis companies cure their flower at designated temperatures and humidity levels that result in a gradual, steady drying process. Sometimes, however, flower is not completely dry at the expected time—even when it appears to be—and placing it in bags or jars will result in mildew growth on bud surfaces. This can be a frustrating situation; no one wants to smoke or vape mildew-laced flower. Like other flower tainted by pollutants, it should be disposed of properly and not used for human consumption.

Mildew that strikes after the curing process is most common in very dense flowers. Strains that have rock-hard nuggets for flowers are highly desirable because their denseness and heavier weight take up less volume by weight than less-dense flower.

Just like the wet towel left on the bathroom floor, flower with mildew usually is easy to identify with a single whiff. Mildew has a distinctive odor, and once you’ve smelled it, you’ll be able to identify it forever.

These three common cannabis pollutants are restricted to two different areas of cannabis and cannabis-product production: cultivation and concentrates manufacturing. None of these three problems are visible to the naked eye but their presence is easy to detect through the implementation of specific tests.

Pesticides come in many forms, some of them benign and/or biological (ladybugs, etc.), while others are highly toxic. Most legal cannabis states have lists of acceptable and unacceptable pesticides. A company that gets flagged for unacceptable pesticide contaminants can face fines and possible recalls. This is one of the reasons so many people prefer consuming flower produced with organic growing practices. Cannabis cultivation companies that are inspected and approved for organic cultivation practices have a distinct marketing advantage over other companies.

Unacceptable residual solvents can occur during the manufacturing and production of cannabis concentrates. Products like oil, shatter, wax, and crumble are often made with the use of solvents like alcohol, butane, propane, and carbon dioxide. While water is considered a solvent in the cannabis industry, some refer to the production of “bubble hash” using water as a “solvent-less extraction” method, and this hash is decidedly different from hash produced using old, conventional methods. One of the most recent extraction methods is distillate extraction, which is very pure.

In addition to individual companies doing their own independent testing, independent cannabis testing labs also are an option in some areas of the country, and third-party testing is often a requirement of cannabis regulations.

Heavy metals in tap water are never desirable, and pollutants such as lead can cause serious health problem if humans ingest them at unhealthy levels. Before any home or commercial cannabis grower begins a garden, they should test their tap water for pH and heavy metals. If the water is impure, appropriate filtration devices and/or water additives should solve any problems that exist.

Testing cannabis for the presence and levels of various terpenes and cannabinoids is probably the most common cannabis testing done today, since printing the potency levels of cannabis is usually mandatory in legal cannabis states.

Testing for cannabis contaminants is also a common occurrence, and one that’s often left to third-party tasting labs. The advanced testing equipment and procedures these labs use make them the preferred method for receiving comprehensive testing results. Several of these labs have locations in different states to accommodate the growing number of legal cannabis areas in the country.