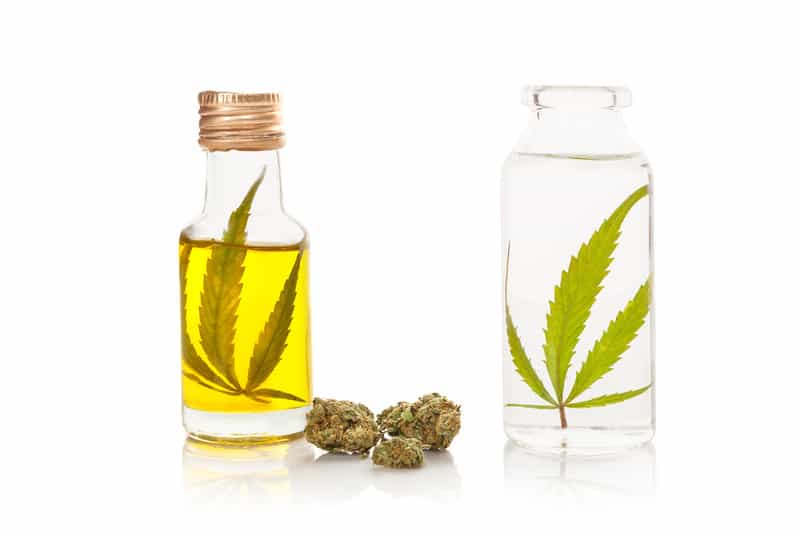 What No One Tells You About CBD and Alcohol

If you regularly consume CBD in any form, you may be wondering if it is safe to mix with alcohol. While the short answer appears to be a simple yes, in reality, the answer is not as straightforward as it may seem at first thought. Keep reading to find out what no-one tells you about CBD and alcohol.

What no one tells you about CBD and alcohol and the relative combination of the two, must initially include an investigation into the possible benefits. As some physicians suggest, there could actually be benefits to taking CBD with alcohol.

Below is a list of the most recent findings regarding the benefits of mixing CBD and alcohol.

A study in the journal Psychopharmacology found that people who consumed alcohol together with a CBD capsule displayed lower blood alcohol levels than those who had alcohol alone.

Although the participants experienced the same impairments in cognition and coordination, the level of blood alcohol was still lower as compared to using alcohol alone.

Another study in Pharmacology Biochemistry and Behavior found that rodents experienced less alcohol-induced neurodegeneration if they received CBD through a topical gel – while alcohol was administered.

Moreover, animal studies have shown that CBD helps reduce several symptoms of addiction and withdrawal. In fact, one recent study looked at the effects of CBD in alcohol-addicted rats. It found that CBD helped reduce alcohol intake, prevented relapse, and decreased motivation to consume alcohol.

Research in humans is limited, but nevertheless, one study in 24 tobacco smokers revealed that using a CBD inhaler for a week has reduced cigarette use by up to 40%.

These results positively affirm the notion that CBD taken together with alcohol in a safe and regulated manner can help to curb addictive behaviors such as alcoholism.

CBD and alcohol may amplify each other’s effects, and taking both simultaneously in higher doses may cause extreme sleepiness and sedation. After due research, the adverse effects of taking CBD and alcohol together have been summarized as this: Extreme sedation can occur.

From what we know so far, (which isn’t that much!) it's still uncertain to proclaim to know how exactly the mixing of CBD oil and alcohol makes one feel.

One body might react differently compared to another. This uncertainty, however, hasn't stopped CBD from making its way into numerous alcoholic beverage lines such as beer and gin. And is fast becoming a steady business venture in the United States.

Since research has yet to fully explain and prove beyond a doubt the relationship between CBD and alcohol, it is recommended that you proceed with caution.

Surprisingly or not – Cannabis and alcohol are coming together to create unique new products. From CBD-infused rum and beer to gin and cocktails, many brands are exploring the ways in which they can successfully and safely produce a product wherein the properties of each substance work well together.

We’ve compiled a few of the most popular CBD-infused alcohol products on the market today, and in no particular order, they are:

Halewood Wines & Spirits is now offering a CBD-infused rum from within its Dead Man’s Fingers superbrand. This special rum is described as having a rich aroma with “hints of coffee, hops and pine – and a grassy herbal back note.

Dead Man’s Fingers Hemp Rum is a product that resembles the taste of hemp and Coke, offering consumers a radical, yet familiar sense.

Province brands is another brand out to create a cannabis beer unlike any other. In many places, cannabis laws prohibit marijuana from being mixed with alcohol.

But several beverage brands are simply getting creative by launching THC-infused sodas, non-alcoholic beer or low-ABV beer that's enriched with cannabis oil. Toronto-based Province Brands is one of these.

Buffalo Soldier is the new Bob Marley-inspired blonde ale-style beer from the Stockton Brewing Company. It sets itself apart as the first of its kind in the UK.

This hemp ale contains cannabidiol or CBD, as opposed to the psychoactive THC. Buffalo Soldier is proud to produce an alcoholic ale made with cannabis oil as an ingredient.

With the first batch reportedly underway, Buffalo Soldier is also alluring to consumers for its unique ingredient inclusion. The ale boasts just 3.8% ABV and can possibly even provide health benefits such as pain relief, stress and anxiety support.

CBD and Alcohol: All Things Considered

Let’s look at CBD and alcohol respectively – each in their own right. Alcohol acts as a powerful depressant that interacts on the central nervous system, affects our mood, coordination, and speech. And, as many have attested, the more you consume, the more severe those effects become.

CBD, on the other hand, has a much more subtle influence – where its impact revolves around the body's own endocannabinoid system. This vast internal network extends from head to toe and is responsible for keeping different biological systems in balance.

With that said, CBD has also been shown to interact with a variety of molecular targets outside this system.

Taking all of the above (and the rest of what is said in this article) information at face value, one might rightly conclude or suspect the balancing effects of CBD to potentially limit the negative impacts of alcohol.

Even in the light of some research done on our animal counterparts, power is knowledge – and we don’t yet have enough in this department! We hope you gained some insight by reading this article on what no one tells you about CBD and alcohol – so now you know!