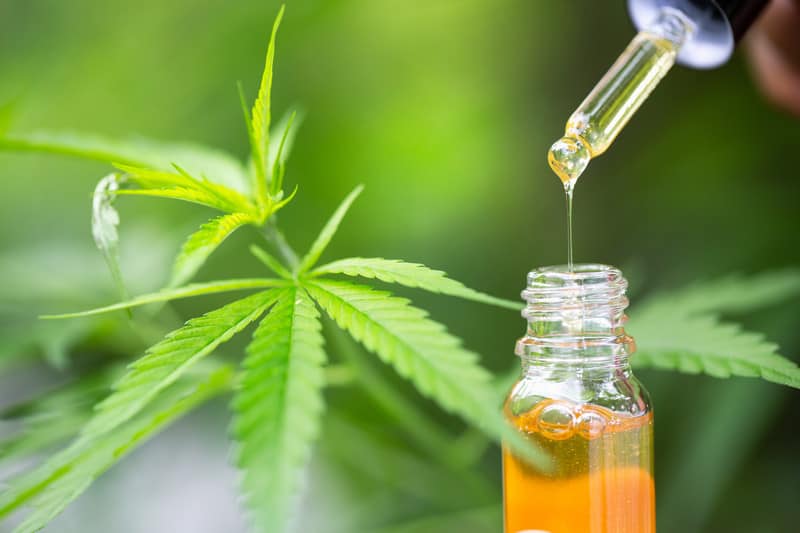 Cannabis use can be a contentious subject, even more so when it concerns CBD and breastfeeding.

Nothing beats the joy and relief of bringing new life into the world, but the period after giving birth can be intensely stressful. And it's not surprising if, as a new mom, you feel the need to have a smoke or chew on an edible. But, is it really safe for your baby?

We'll answer your most pressing questions in this article.

This may come as a surprise, but yes, it does. Like most animals, human beings produce cannabinoids. They facilitate the function of several essential systems and pathways that comprise the endocannabinoid system.

Studies have shown that cannabinoids help newborns develop an appetite for breast milk. Without it, they likely wouldn't have the urge to feed, which could compromise their health.

However, it is essential to note that the naturally occurring cannabinoids found in breast milk are very different from CBD.

CBD contains Phytocannabinoids (Phyto is a prefix implying the compound comes from a plant), while breast milk contains endocannabinoids (created within the human body). Though the molecules have a similar structure, they have vastly different effects on the body.

Can CBD And Breastfeeding Go Together?

There is limited research on the consumption of CBD while breastfeeding; medical professionals advise against it. Studies have shown that chemicals ingested during cannabis use can be passed through breast milk. Since CBD is a cannabis extract, it stands to reason that it could be transmitted through breast milk, too, potentially harming your child.

One other reason to avoid CBD while nursing is that it may make you sleepy, which could impair your judgment while feeding your child. There are also concerns that CBD products may be contaminated with toxic substances like bacteria, pesticides, fungi, and heavy metals, which could be passed on through breast milk.

Can I Use CBD For Morning Sickness?

There hasn't been much research on CBD and morning sickness, but experts advise that you avoid it. The ACOG (American College of Obstetricians and Gynecologists) recommends that pregnant women or aspiring mothers should avoid using cannabis and any of its byproducts, including CBD.

Studies suggest that using marijuana during pregnancy could lead to abnormally low birth weight and other undesirable outcomes. So pregnant women should not use it.

This doesn’t mean you should spiral into a panic if you had a CBD spiked tea before discovering you're pregnant. However, you should mention it to your doctor. If you're pregnant and feel it’s necessary to try CBD oil, consult with a medical professional. He or she will provide pregnancy-safe alternatives to help you cope with symptoms.

Is It Safe To Use Hemp Seed Oil While Pregnant?

Hemp seed oil comes from the hemp plant which is a variation of the plant species cannabis sativa. Hemp seeds often contain little CBD and no THC, the primary psychoactive ingredient in weed.

Hemp seeds can pick up slight amounts of THC from other parts of the plant like the stalks or leaves but are small enough to not raise concern for pregnant women. So hemp seed oil is indeed safe for expecting mothers due to the fact it contains very little CBD and no THC.

Can I Have Hemp Protein While Breastfeeding?

Yes. Since it's made from hemp seeds, it is safe for breastfeeding mothers. Hemp is high in fiber and healthy fat. It also has lots of omega-3-fatty acids and contains all the vital amino acids needed by the human body. Besides, hemp contains several minerals and vitamins crucial for infant growth.

Is Hemp Oil Safe For Babies?

You may introduce hemp seed oil when your child is ready to start solid food, which is about 6 months. In fact, it's a great way to make your baby's diet more nutritious and deal with digestive problems like constipation.

Is It Safe To Smoke Cannabis While Breastfeeding?

The quick answer is no. The American Academy of Pediatrics’ official position on the consumption of cannabis by breastfeeding moms states that the side effects are unknown – but medical specialists have voiced several concerns.

THC (tetrahydrocannabinol), the weed component that causes intoxication, is fat-soluble, and it tends to accumulate in breast milk.

That’s not the only worry.

Weed also has other contaminants like pesticides and bacteria that are harmful to breastfeeding children.

Reports from the FDA suggest that consuming cannabis could hurt your baby. To be more specific, THC could affect newborn children's cognitive functions.

Can Weed Affect You Days After?

Research shows cannabis compounds can persist in breast milk for several days. There’s also no way of knowing how long cannabis will stay in a person's system because it varies from one individual to another.

Although your baby will ingest a small dose if they consume THC via breast milk, that doesn’t mean it is safe.

Can Smoking Cannabis Harm Your Baby While Breastfeeding?

Yes, it can. Besides the fact that smoking marijuana fills your system with THC, which could affect your child's development, there's the risk of exposing him or her to second-hand marijuana smoke. Though research is still ongoing, there is reason to believe it may have similar effects as cigarette smoke exposure.

Can You Smoke Hemp While Pregnant?

No. Hemp joints/cigarettes are made from Hemp flower, which contains both THC and CBD. Although it’s in smaller concentrations than other cannabis strains, it’s still enough to be unsafe for your unborn baby.

Can You Eat Hemp Hearts While Pregnant?

Hemp hearts do not contain THC or CBD, and they have a rich assortment of nutrients that include fatty acids and healthy bioactive compounds. So, yes you can eat hemp hearts while pregnant.

Can THC Affect A Pregnancy Test?

No. Pregnancy kits work by testing for the presence of hCG (a hormone produced during pregnancy). THC and hCG are very different, so they cannot be confused for each other. The only thing that might affect the reliability of a pregnancy test is the use of hormonal medications that contain hCG.

Conclusion On CBD And Breastfeeding

Breastfeeding is one of the best ways to give your little one a great start in life; it helps to keep yourself as pure as possible to give your child a good chance at normal development. While you do need to take care of yourself as a new mother, CBD and other cannabis products might not be the best way to do so, especially while you're nursing.