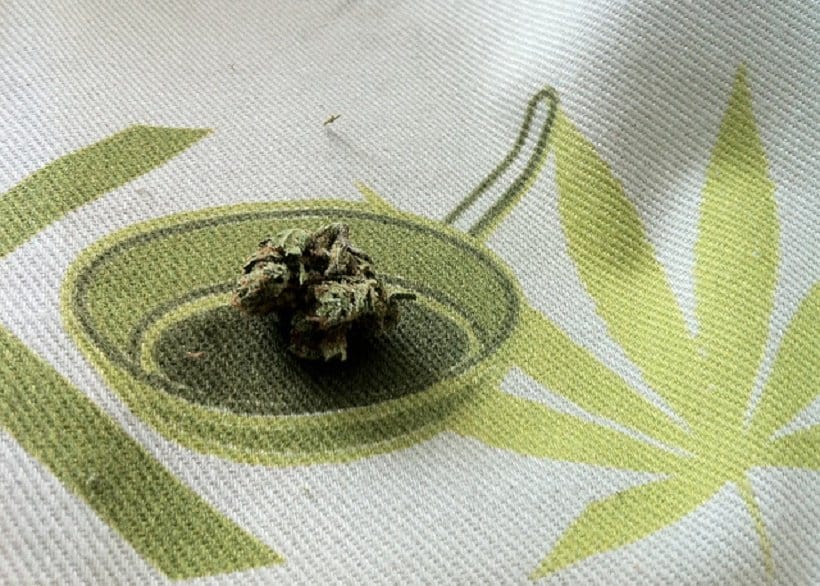 There is a general consensus among consumers and marijuana enthusiasts that the sativa cannabis strain tends to uplift the mind and indica strains tend to be more sedating. Of course, there are some scientists and researchers that have challenged this.

However, if you were to ask cannabis enthusiasts that regularly consume indica edibles and smoke sativa weed, the proof would be in the pudding. There is definitely a stark difference between these two and it cannot be denied. What exactly makes them different?

The Interaction of Sativa vs Indica

When you consume indica or sativa weed, these interact with the cannabinoids that are already in your body. In fact, your body has about a hundred and fifty molecules ready to connect with any type of weed you consume.

The CBD acts as an anti-inflammatory and CBN is an analgesic. So, don't expect only to find THC levels present. However, the potency is what sets the marijuana strains apart from each other.

Smoking weed and ingesting edibles result in a difference in onset time and effects. Unlike inhaling weed which skips past the first pass effect, edibles do go through the liver. The liver metabolizes the cannabinoids before they enter the bloodstream. Smoking provides a greater and quicker cannabinoid absorption than edibles, which can take hours at most to take effect. Edibles, however, can produce longer-lasting effects with some couch-locking properties.

The interaction between edibles and your body is also affected by the time of day. For instance, taking edibles early in the day, when your energy levels are highest, can give you a more uplifting experience. Consuming edibles in the afternoon or evening can lead to sedative and numbing effects. Of course, everyone experiences weed differently. It’s important to experiment to determine what time of day can get the best performance out of your strain type.

You should be aware of how important the various compounds in the marijuana plant is as it relates to cannabinoids, which is the infusion element to profiling the cannabis strains. When cooking marijuana, it is very important to maintain and preserve the chemical profile. So your sativa and indica edibles should not only be cloaked with THC, but also sufficient cannabinoids.

One easy way to preserve your indica or sativa’s original chemical composition is to practice good storage methods. Store your buds in an UV-protected and airtight container. The container should ideally be stored in a cool, dry, and dark place. For best results, add in a humidity pack to preserve the freshness of your nugs for longer. Maintaining proper relative humidity and temperature can reduce the natural degradation of cannabinoids and terpenes in weed.

Maintaining the full-spectrum of cannabinoids and terpenes is vital to experiencing the true potential of your strain. While THC or CBD alone can deliver the effects you need, the addition of terpenes to an edible can lead to a richer experience. Terpenes interact with the body’s endocannabinoid system to produce an entourage effect. The interaction between terpenes and cannabinoids on the body produces a better experience, according to many users, compared to using THC or CBD alone.

The Desired Effect of Sativa vs Indica Edibles

One other factor involved is the terpenes. This is the key element that gives marijuana its smell. It is also instrumental in adjusting the THC effect and other cannabinoids. That is why, you have to pay more attention to the various strains and their effects. Sativa and indica edibles must be made in such a way as to allow for the desired effect.

In terms of pre-packaged edibles, the effects can vary. Many edibles mainly contain THC or CBD. The differences in terpene profiles are lost during the extraction and baking/cooking process. Terpenes can also alter the taste and flavor of edibles. For producers who don’t want to alter the flavor of their edibles, they may leave out the terpenes. Some producers re-introduce terpenes, but there’s not much research on the effects of ingesting them.

Furthermore, most edible companies use a hodgepodge of indica and sativa hybrid trim. On a commercial level, using a “salad” of different weed without discrimination allows for greater throughput. Flower is reserved for people who smoke or vaporize it or make edible and topical infusions.

Making your own edibles gives you more control over the desired effects, but not by much. Consider the strain type, growing and storage conditions, and other important factors that affect the chemical composition of your edibles’ strains. For an even more enhanced effect, pair your edibles with a number of natural ingredients known to provide the same effects as pot.

In extracting oil to make your sativa or indica edibles, you also have to preserve the cannabinoid profiles. However, the terpenes profiles will usually be lost. So, if your desired effect is to maintain terpenes profiles, then, you may have to try a method other than extraction. For cannabinoid profiles, this would not be such a concern. You can opt to introduce terpenes after you have done your extraction, which is feasible.

You can probably harness both the terpenes and the cannabinoids profile when you use the baking method. Now, when you are making homemade sativa or indica edibles, you could use both strains, especially, if you are looking for a polarized effect.

For example, Skywalker is a strong indica strain and when used with Trainwreck, a sativa strain, it gives the polar opposite effect. You can do a test by baking indica edibles and sativa edibles separately. When consumed, you would find that the indica edibles are sedating and the sativa edibles will give you a high. The intensity of the effect will depend on the exact cannabis strains used.

Using very low temperatures when cooking or baking can help ensure you retain more of those terpenes. High heat, especially during an extended period of time, can burn off much of your strain’s terpene content.

Ideally, you’d add the infused ingredient at the end and for a short period of time and under low heat (if it needs to be decarboxylated). If you need to decarboxylate your weed, stick to temperatures between 200º and 250º Fahrenheit. Your terpenes will thank you for it.

Apart from the starting material used, the preparation process can affect the end result. For instance, a lack of homogenization in homemade edibles can result in wildly different cannabinoid content between servings. Homogenization is the process of breaking apart the compounds into equally sized particles and evenly distributing the ingredients in the edibles batch. Some parts may contain more THC than others and cause more intense effects.

The effects of sativa and indica edibles is also influenced by each person’s tolerance for the cannabinoids. For instance, a 10 mg sativa gummy would have a very mild (if any) effect on a heavy edible user. A small dose (between 20-30 mg) for a daily user could cause anxiety, paranoia, and other negative side effects for a new or inexperienced user, regardless of what strain type it is.

Furthermore, users who primarily smoke or vaporize may not be used to the longer-lasting and more intense experience after consuming an edible.

Ultimately, it’s up to you to try out different edibles and strain types at different times to figure out what works best for you.

For first-time users, start off with a low dose of edibles (5-10 mg) and wait at least a couple of hours to gauge its effects. If you have a full stomach, the effects may be blunted. If you take it on an empty stomach, you may experience a more intense effect. Highs can last between four and eight hours or more depending on your tolerance.

The Testing of Sativa and Indica Strains

It is not easy to calculate the potency of your cannabis strain without doing a THC level test in a lab. Other than that, you could do a test on your subjects, which would be the people consuming the sativa or indica edibles.

However, bear in mind that not everyone has the same tolerance level. In other words, one person could eat your cannabis cookie and not feel as sleepy or as high as someone else. Everyone's body metabolizes and absorbs marijuana differently.

It is important to make sativa and indica edibles with the consumer experience in mind. For example, your goal should be to use an indica strain that provides help for insomnia and a sativa strain for the person who wants to stay up for hours and have that mellow feeling. Consider moderation in both cases.

If you want to learn how to make cannabis edibles and the difference in cannabis strains, enroll in Cannabis Training University today.

How Many Liters Are in a Gallon?