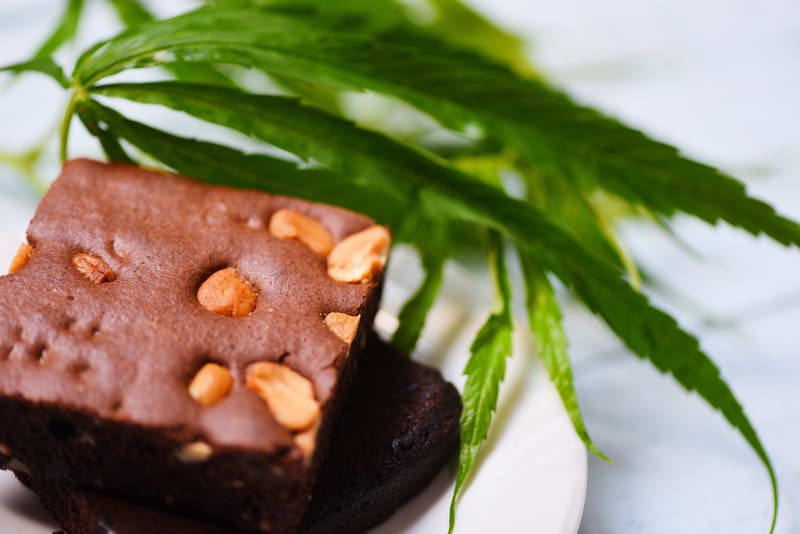 Marijuana brownies are chocolate baked confections mixed with marijuana. Without a doubt, this is one of the best ways to incorporate cannabis into your diet.

We know many ways to infuse weed into foods, but none is ever so attractive like chocolates or well-baked brownies. For people who are already used to vaping or smoking their buds, brownies are a fantastic option to begin your exploration of edibles!

There are many recipes for making weed brownies. But let's face it. Not all of them will deliver the same results to you. Some will be better than the others.

However, depending on the one you choose to use, there's a difference in the taste and quality of your brownies at the end of the day. The good thing about you being here is that you can access the best recipe for weed brownies. So let's get to it!

Note that while you are free to use any other oil you like, we always recommend coconut oil over others. This is because coconut oil has more saturated fatty acids in it than any different kind of oil.

Consequently, it can retain more THC, and therefore, produces a higher psychoactive impact than other oils. This means that you'll need more grams of cannabis with olive oil or regular butter and fewer grams of the same weed with coconut oil to produce the same effect.

What you need to do:

Note: you may decide to use an oven for decarboxylating your cannabis. Just ensure to preheat it to 240°F and decarboxylate for about 30 minutes.

Next, we use this oil to make our marijuana brownie.

Working with a regular brownie recipe, you will need to add all the ingredients according to the instructions. But first, begin with the chocolate.

Place chocolate bars in the saucepan and set them over a pot of boiling water. Turn on the heat to melt the chocolate.

Add the cannabis-infused coconut oil from the first step to the melted chocolate and mix until you achieve a fine mixture.

Then make the brownie mix according to the box instructions. Add the chocolate and cannabis oil mixture to the final brownie mix. Stir until everything is blended.

Pour the entire mixture into a baking pan and heat for 25 to 30 minutes. The final product is a well-mixed brown mass of tasty brownies. Allow it to cool. Cut the bar into several bits and serve. Store the rest in a fridge or freezer.

Eating chocolate brownies is a classic example of enjoying marijuana while savoring a juicy taste and flavor along with it.

Remember, though, that your brownies' dosing is an essential aspect of the process that must be carefully handled. If you make the mistake of taking too much of it at a time, you can be sure that your brownies experience will take a sour turn.

Note that brownies can also be made using cannabutter instead of oils. To learn several other exciting recipes for making cannabis brownies, visit the Cannabis Training University, and enroll in our comprehensive marijuana program.